Dublin Love Island star Dami Hope has admitted he is attracted to fellow islander indiyah, which comes after a shock villa twist during tonight’s recoupling.

Remi Lambert was booted from Love Island villa in a big twist during tonight’s recoupling.

On the show tonight, viewers also saw Dami and Amber’s relationship hit the rocks, with the Dublin microbiologist confiding to the other guys that he was attracted to Indiyah. 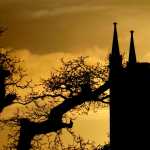 Refusal to write in Irish on a headstone in Coventry

Dami and Indiyah previously locked lips for a challenge back in episode two of the show.

The Dubliner was advised by fellow contestant Ekin Su to bring Indiyah to the terrace for a chat.

One person wrote on Twitter: “It’s time for everyone to now board the Indiyah and Dami ship.”

Another person wrote: “If you’re not voting for Indiyah and Dami what are you doing?”

A third person wrote: “How I’m sleeping tonight knowing that Dami and Indiyah will end up together and potentially fall in love.”

However, the big shock of the night saw model Remi get dumped from the island after Gemma Owen picked her former partner Davide.

The other Islanders consoled him as the decision was made and the Manchester model packed his bags.