Recent leaks indicate some of the possible specs that Oppo’s Reno 9 lineup is expected to have. At first, the models in this line will come with chips from Qualcomm or MediaTek, in addition to a battery capacity that should be in the range of 4,500mAh. Recently, the brand launched the Reno 8 line in Europe.

Regarding the processors, the leaks suggest that the brand’s cell phones will hit the market with Snapdragon line 7. Likewise, the other SoC option for these devices will be some model of the Dimensity 8000 line. handsets should be part of the Premium intermediary segment.

In addition to these details and battery capacity, it is worth mentioning that the items will support Universal Fast Charging Specification, or UFCS, technology. In short, it is a feature developed in China that supports fast charging. By the way, smartphones from this Oppo line should be the first with this component.

Another novelty is that the product will have a color called “Everything Red”, which, in translation, would be something like “Everything in red”. Therefore, it is expected that the Reno 9 models will have a very striking variant in the visual aspect. New details may be revealed in the coming weeks. 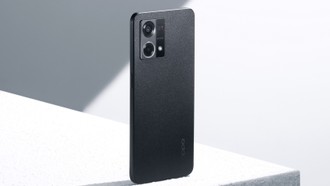 There’s still nothing related to price or release date, but, it’s expected that something could come out in November, as that’s when the brand launched the Reno 7 lineup last year. As for availability, it may happen that the models land in Europe, since the manufacturer arrived in the country with some of its models launched in recent times.