A couple of years ago we saw how Konami renamed his classic soccer game Pro Evolution Soccer (or PES) to now reduce it again in eFootball, completely removing the reference to its old name. And the change is not for less, since this sport game changes its structure of annual releases by a single upgradeable delivery, taking the big leap to a free game model with micro-payments.

In fact, according to the developer, eFootball has created from scratch under the Unreal Engine, leaving behind the old Konami Fox Engine present in the iterations of PES. With this change, the company says the game will have revised graphics, major improvements in the animation department, and gameplay improvements. 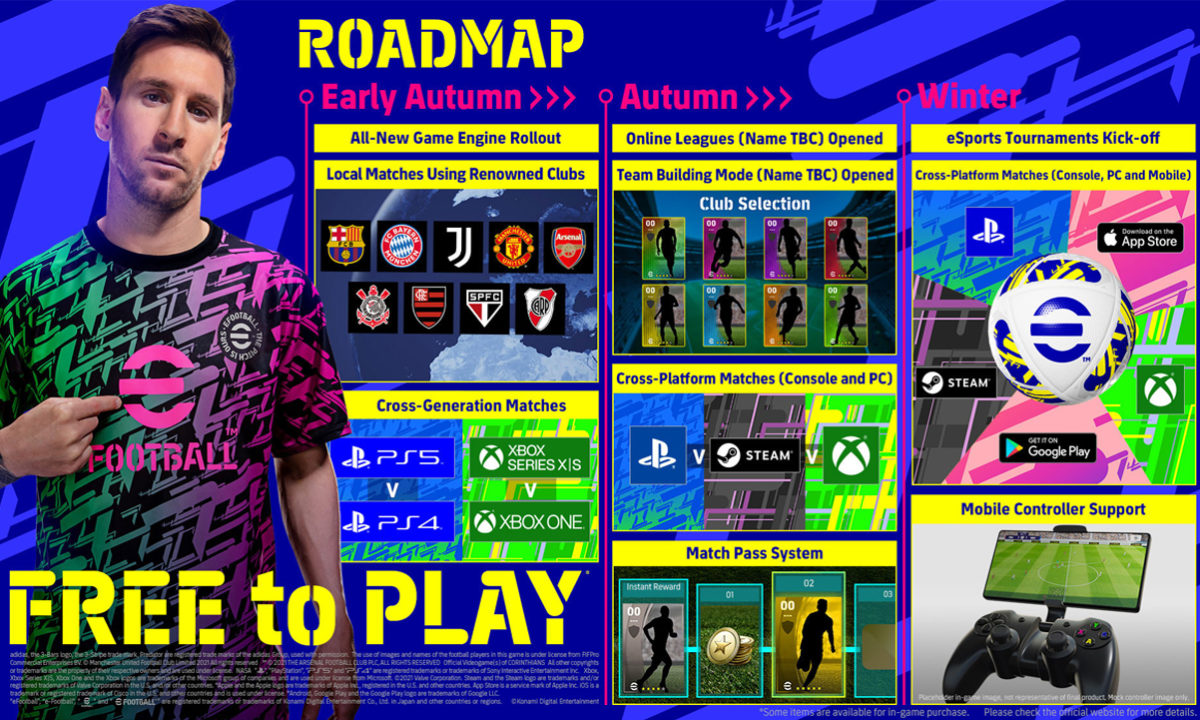 However, it seems that official licenses will continue to be the big problem to be supplied by this title. At launch, eFootball will count only with local games mode with FC Barcelona, ​​Juventus, FC Bayern, Manchester United and five other teams free of charge, with other content and modes to come later through updates. Some game modes will be available as optional premium DLC packs that players can purchase based on their preferences.

As seen in the roadmap above, all platforms will receive cross-play support as the game rolls out its features in the months after launch. While mobile gamers will receive the same experience as other platforms, they will need a controller to match console and PC players.

And is that eFootball raises a full release this fall with its arrival on PC (available through the Microsoft Store and Steam), Xbox One, Xbox Series X and Series S, PlayStation 4 and PlayStation 5, and even versions for Android and iOS, planned for later but without a specific release for the moment.