Justice Minister vows to jail everyone involved with Kinahan cartel

The justice Minister has vowed to pursue everyone involved with the Kinahan crime cartel until they are all behind bars.

The Government is now hopeful the notorious drug lords Christy Kinahan and sons Christy Jnr and Daniel will be kicked out and extradited from their Dubai bolthold within the next few months.

Huge diplomatic pressure is being put on the Sheikhs and Ministers of the UAE to force them out. 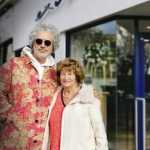 Helen McEntee said: “The sanctions enforced internationally should send a very clear message to those involved in the gang or associated with the gang, that your criminality will not go unnoticed or unpunished.

“I wish to acknowledge the work of the gardai in tackling the Kinahan Organised Crime Group.The reports of further sanctions from the United States recently demonstrate the tremendous value and power of international co-operation in tackling organised crime.

“The co-operation on this investigation has been ongoing for four years or more.

“But the actions taken in recent weeks really show the degree to which the international criminal justice sector is focused on tackling the criminality associated with the Kinahan Organised Crime Group.

“We should not take for granted the huge achievement of the gardai in patiently and quietly harnessing this necessary coalition of support for their work to combat this criminal group.”

A reward of $5million has been put on the heads of the Kinahan father and sons in the hope that vital new information will help lead to their arrest and convictions. It may well be that they will have to face the music and a trial for criminal activity in America before returning home to Ireland to face the music.

She confirmed the continued disruption of the supply of all illicit drugs remains the priority of the gardai and all other state agencies and this is being carried out under the codename, Operation Tara, which began two years ago.

Ms McEntee added: “The focus of Operation Tara is to disrupt, dismantle, and prosecute drug trafficking networks at all levels – international, national and local – involved in the importation, distribution, cultivation, production, local sale, and supply of controlled drugs.”

Read more: ‘Gloves coming off’ as Kinahan cartel ‘plans war on Dublin streets over international crackdown on its leaders’ 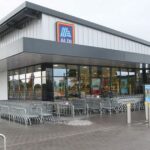