TechSmartHow smart tech is changing life
HomeLatest newsEuropeItalian election: EU can work with any democracy but has 'tools' if...

Italian election: EU can work with any democracy but has ‘tools’ if it gets ‘difficult’, VDL says

The European Commission is willing to work with any democratic government across the bloc but has the “tools” if things go in a “difficult direction”, Ursula von der Leyen has said in response to a question about Italy’s upcoming elections.

The latest polls available suggest a right-wing three-party coalition, led by Brothers of Italy (FDI), a Eurosceptic party that directly traces its roots to a neo-fascist movement, is poised to win a majority of seats.

FDI leader Giorgia Meloni, who has repeatedly railed against what she calls Brussels bureaucrats and LGBT lobbies, is tipped to become the country’s first female prime minister.

Italy’s much-anticipated vote comes on the heels of a razor-tight election in Sweden, which saw a surge in support for the far-right Sweden Democrats.

The coincidence of events has raised the alarm in Brussels, which has for years tried to address democratic backsliding. 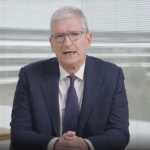 “democracy is a constant work in progress. We’re never done, it’s never safe. It’s a question on how people stand up for democracy,” the European Commission president said in response to a question about whether she was concerned about the Italian elections during a Q&A session at Princeton University in the US.

“We’ll see the outcome of the elections. We just had elections in Sweden, too. My approach is that whatever democratic government is willing to work with us, we’re working together.”

Von der Leyen said that when heads of state and government take part in the European Council, they realise their “future and well-being” depend on all the other 26 member states, reflecting the nature of negotiation and consensus that characterises the bloc’s complex decision-making.

“That’s the beauty of democracy. We’re sometimes slow. We talk a lot, I know. But that’s democracy too,” von der Leyen said.

“So, we’ll see. If things go in a difficult direction – I’ve spoken about Hungary and Poland – we have tools,” she added.

In a previous question unrelated to Italy, von der Leyen described the European Commission as the “guardian” of the EU treaties and explained the instruments the executive has at its disposal to correct legal breaches.

Last Sunday, the Commission triggered for the first time a budgetary mechanism to freeze €7.5 billion in EU funds allocated to Hungary over long-standing corruption concerns.

During her keynote speech at Princeton, von der Leyen spoke at length about the clash between democracy and autocracy in the context of Russia’s invasion of Ukraine.

“In Europe, we have learnt that we must always work on improving democracy – because we know how quickly and how devastatingly history can change,” she said.

Von der Leyen, who belongs to the European People’s Party (EPP), did not express any preference for any of the candidates in the Italian race.

Nevertheless, her comments triggered backlash from Italy’s right, who saw in her “we have the tools” remark an unwelcome case of political interference.

“Shameful arrogance. Respect the free, democratic and sovereign vote of the Italian people! Friends of all, servants of none,” Matteo Salvini, leader of the League, one of the members of the coalition, wrote on Twitter.

Salvini then said his group in the European Parliament would launch a motion of censure, a procedure that requires one tenth of the hemicycle to be submitted and a two-thirds majority to succeed.

“The lady represents all Europeans, her salary is paid by all of us,” he said. “It was a disgusting and arrogant threat.”

A president for von der Leyen said on Friday the president did not interfere “in any way” in the Italian elections and that she was merely explaining the Commission’s role in upholding EU law.