TechSmartAerezona Developers
HomeEntertainmentIt was time! Prime Video has a new interface, and it...

It was time! Prime Video has a new interface, and it is a success 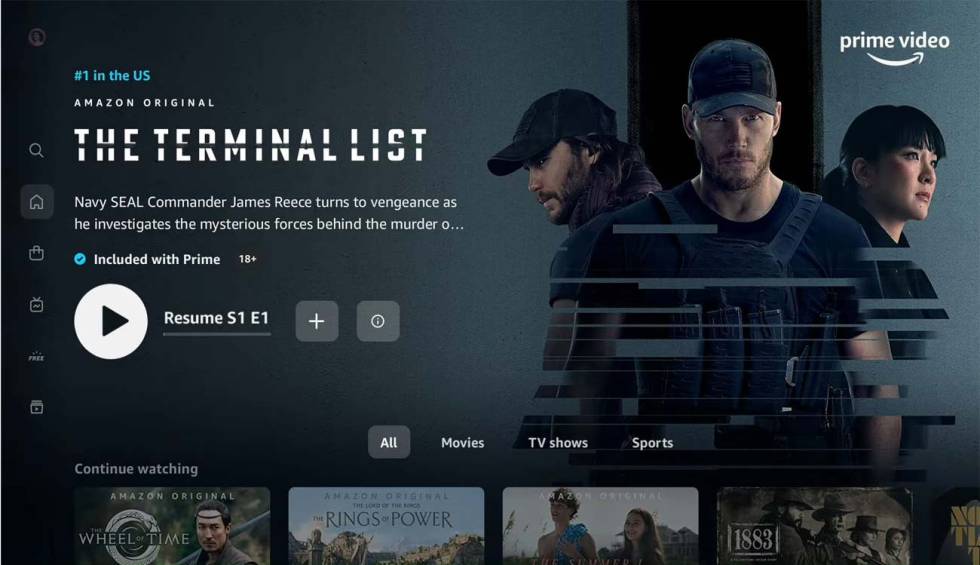 There is no doubt that the contents of Prime Video, Amazon’s streaming platform, has been improving in a very important way. But unfortunately, the user interface had been stuck in a somewhat outdated and unattractive development. Well, this is going to change radically, since the company has announced that it will have a new one in a short time.

The truth is that to compete face to face with the rest of the services that exist, one of the things that the platform needed was a facelift of your user interface (and on all operating systems). With this, and taking into account that his series and movies are quite good – an example is the creations of the Wheel of Time or the long-awaited recreation of Tolkien’s Middle Earth -, the future can be faced in a much more appropriate way. And, it must be said, the work done is quite good.

This is the new Prime Video interface

It has not been innovated to the extreme, since it maintains what is usual to find in this segment of the market to date. But if there is something that stands out in the new development (which has taken no less than 18 months to achieve), it is the simplicity. Everything is very intuitive and images rule the design. These allow access to all corners of what the platform offers -and there are even active previews in some sections so you can see exactly what a content is about.

They are not lacking in the left area shortcuts to go quickly to the desired sections (this is already common in options such as Netflix or HBO Max), and there is no shortage of lists with the options that are most popular due to user choices. In addition, the content that attracts attention can be displayed in the form of a carousel. Therefore, it could be said that the best of other works are taken and brought together in a decisive and user-friendly interface. good usability.

What is positive and new is the large number of transparencies that exist in every corner and animations that they carry from one place to another that are, to say the least, very attractive. In addition, the icons are not a simple drawing and allow you to recognize exactly what their function is.

Arrival of the new interface… a mystery

At the moment no date has been indicated, but it is known that the first operating system that will receive the new Prime Video interface will be Android. Later, it will be launched on other platforms such as Fire TV, Apple TV and Android TV. We will have to wait longer for it to be functional on iOS and on specific Smart TV clients (such as Tizen) and, incidentally, for the web version of the streaming video service.

As is logical to think, some older options will not receive the corresponding update such as long-ago generations of Apple TV or the PlayStation 3 client itself.