It is now possible to negatively mark video comments on TikTok

After several months of testing, TikTok is globally expanding the feature that allows users to downgrade individual comments from the conversations of each video as irrelevant or inappropriate, seeking to maintain healthy conversations around shared audiovisual creations.

For it, a new thumbs down button is comingwhich will be right after the “like” button represented by a heart icon, on each comment posted.

And while the “likes” will be counted publicly, Dislike postings will not be displayed.

Now, users who have expressed their disagreement (or “I don’t like”) a specific comment through said button, will have the possibility to undo the action if they finally change their mind. 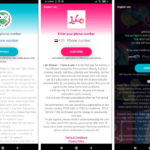 This dangerous malware has affected 105 million Android phones: 470 apps have been infected

Only each person who has marked the “I don’t like” button will know only about their action, not the rest of the users who participate in that conversation.

Leaving the moderation of conversations in the hands of the community

This is one of the forms of moderation that TikTok is introducing so that it is the community itself that directs the suitability of the conversations, although they will continue to maintain the option to report each comment they consider inappropriate.

We’ve created it as a new way to hear feedback directly from our community. This allows us to better identify irrelevant or inappropriate comments, which helps us foster a comments section for genuine and authentic interactions.

The new function that from now begins to be available on TikTok it is similar to the one that has been existing on Reddit for yearswhich has even been taken into account by Twitter in a recent test carried out to improve the health of conversations.

Our top priority with this feature is to create a better experience for our community.

By the way, some users are also noting that they can now use up to 2,200 characters in video descriptions. It is clear that TikTok is maturing as a social platform with these and other improvements. 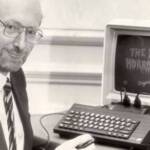 Sir Clive Sinclair, the inventor of the ZX Spectrum who taught an entire generation to program, dies