TechSmartAerezona Developers
HomeTech GiantsAppleiPhone 15: only Pro models would be entitled to a faster USB-C...

iPhone 15: only Pro models would be entitled to a faster USB-C port 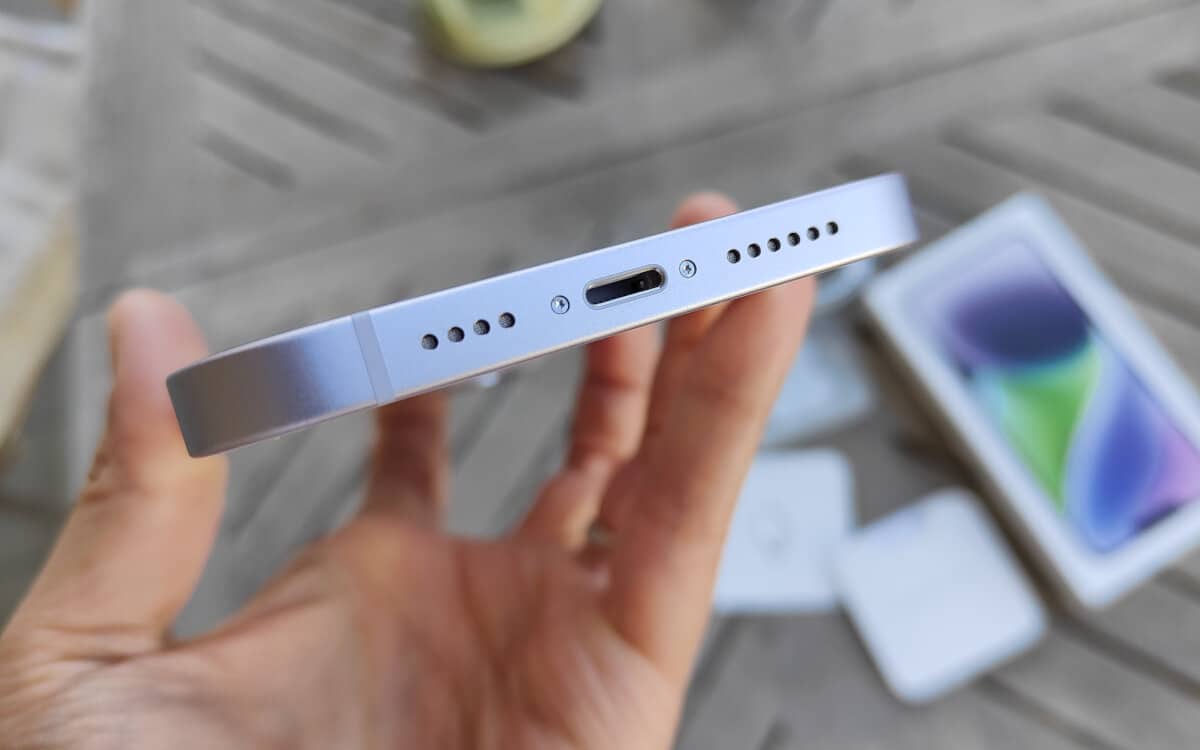 Apple’s next smartphones, the iPhone 15, will mark a real turning point for the manufacturer, since they would be the first to abandon the proprietary Lightning port. However, these would not be replaced by the same connectors on all models.

A few weeks ago, the European Union formalized new legislation requiring most personal electronic devices to offer USB-C connectivity for charging and data transfer. Apple had therefore been forced to officially announce that it was going to abandon its proprietary Lightning port on the next generation of iPhone.

All iPhone 15s would therefore benefit from a USB-C port for the first time, as is already the case on iPads and other Apple products. Nevertheless, the famous analyst Ming-Chi Kuo seems to think that not all models will benefit from identical connectors.

According to Ming-Chi Kuo, only the iPhone 15 Pro and 15 Pro Max would be entitled to one of the latest generations of universal connectivity, USB 3.2. Apple could also make its high-end devices compatible with Thunderbolt 3 like on Macs. Either way, they will be able to transfer data at full speed up to 40 Gb/s, in addition to being able to be connected to external 4K 120 Hz displays.

On their side, the iPhone 15 and 15 Plus would only be entitled to much slower USB-C 2.0 ports. As a reminder, this standard is limited to only 480 Mb/s in theoretical speed, so this is the same speed offered by Lightning. Rather than allowing the iPhone 15s to benefit from much faster transfer speeds thanks to the latest USB-C standards, fans of the brand will not benefit from any improvement over the current generation.

However, this decision could allow Apple to differentiate Pro models from non-Pro models. This is what the manufacturer recently did with its iPad 2022, which only has a USB-C 2.0 port. For its part, the USB Promoter Group has already announced version 2.0 of USB 4, which offers a doubling of the available bandwidth. This goes from 40 Gbps to 80 Gbps, and can even offer up to 120 Gbps in one direction only. However, we do not expect to see it arrive in smartphones until at least next year, or even in 2024.