TechSmartAerezona Developers
HomeTech GiantsAppleiPhone 14 vs iPhone 13: good evolutions or more of the same?...

iPhone 14 vs iPhone 13: good evolutions or more of the same? 🇧🇷 Comparative 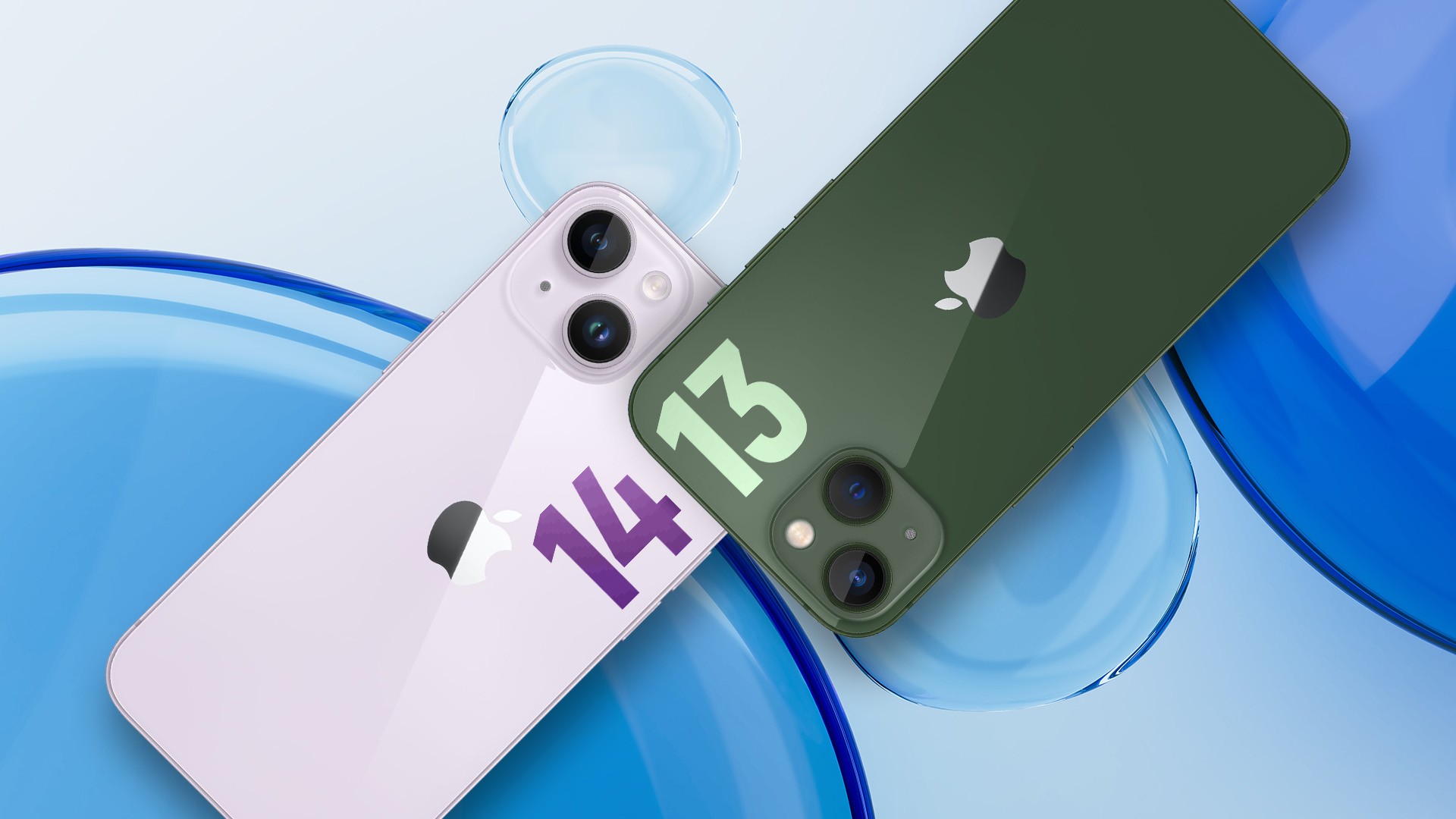 The iPhone 14 arrived as the new generation of Apple cell phones, promising to advance in relation to the iPhone 13 in a number of aspects, even if the appearance does not seem to have major changes.

After all, Apple’s new smartphone brings consistent advances, or is it just more of the same in the Cupertino giant? That’s what we’re going to find out now, in this Comparative.

If you take a look at these devices, you will notice that they are identical in design. That’s because Apple didn’t want to change the aesthetics and kept the dimensions, weight and even the distribution of components.

At this point, we highlight two sharper visual similarities. One of them is in the traditional rectangular notch, since the Dynamic Island was restricted to the Pro models. The other consists of the camera block, with the two sensors positioned diagonally.

Remembering that the construction was also maintained. In other words, we find both a reinforced metal structure and a glass rear, with protection against scratches and impacts. The IP68 certification is still present, to guarantee resistance to liquids and dust.

The “Apple” does not have a microSD card slot in both, which leaves out a storage expansion. They support sixth generation Wi-Fi and NFC, for contactless payments. Bluetooth has been updated and went from 5.0 to version 5.3.

Apart from the latter, we have practically the same experience in each other. So we started with a draw.

As with the design, the iPhone 13 screen was also used in the 14. This means that you will find a 6.1-inch OLED panel on both, which excels mainly in color calibration. The brightness level is decent on both, as is the wide viewing angle.

The duo is similar in support for HDR10 and Dolby Vision, as well as in Full HD + resolution. The manufacturer also did not change the front use, since there is the same amount of edges around the display.

The scratch protection of Ceramic Shield glass is maintained. Another common point is the 60 Hz refresh rate, which does not excite fluidity for games compatible with higher frames per second.

With no difference between them, we have a new tie. 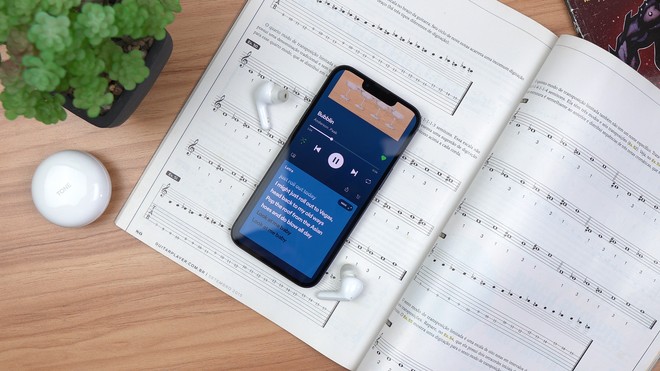 Still within the multimedia segment, the audio part has also not changed from one year to the next. The stereo sound system is maintained for great immersion, by taking advantage of the call speaker as a secondary channel.

Both offer high power, for satisfying maximum volume. Sound quality is another item that impresses them, thanks to the great balance they provide between bass, mids and highs.

The only thing missing here is a physical headphone jack, something that Apple hasn’t offered for a long time, as well as leaving out an adapted accessory in the box.

We have one point for each one more time. 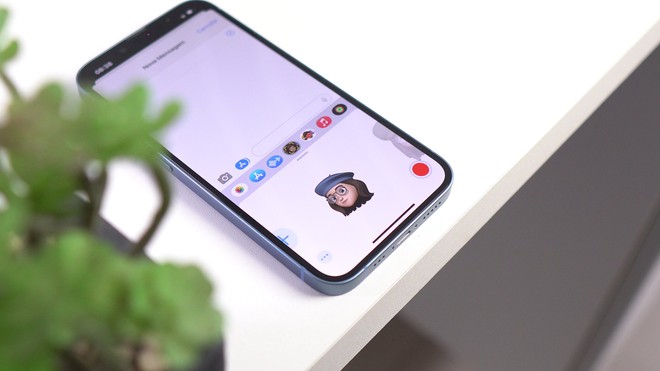 This is where we start the differences between them. As it is newer, the iPhone 14 already comes with iOS 16 from the factory, while the iPhone 13 still comes with version 15 pre-installed. Even though the updates arrive practically instantly on the “Apple” devices, the most recent one will have a greater longevity of updates.

They do not disappoint when it comes to the mobile network, as the duo supports 5G. Fluidity is limited by the screen’s refresh rate, but Apple seeks to compensate with its software optimizations.

Among the main features newly added to iOS and exploitable on both phones, we can mention improvements to the lock screen, managing notifications, the new messaging app and taking advantage of the privacy control.

The longer update time weighs here and ties for the iPhone 14.

Apple kept the A15 Bionic chip from the iPhone 13 in the 14, but increased the number of graphics processors to five and expanded the RAM memory from 4 Giga to 6 Giga in this new generation. Do these advances bring greater speed? Although discreet, there was an improvement that did not reach two seconds in our tests.

The benchmarks also capture little of this small evolution, with a narrow win for the newest on Geekbench, but a slight defeat for the predecessor on AnTuTu. At least, gaming performance does not disappoint, with all titles running at maximum quality with excellent fluidity.

Even if it’s small, there was an improvement from 13 to 14. So the recent model scores the point.

On the battery, the 3,240 mAh capacity of the iPhone 13 took a short leap to 3,279 mAh on the 14. But the result in practice was considerable. Our standardized tests showed an advantage of three hours more autonomy for the 2022 model.

At least, this advancement hasn’t compromised loading times. Without modifying the compatible power, these iPhones take practically the same time to reach 100%. There are only five minutes less in the 14th, which we can understand as a technical draw. Either way, they still take over an hour and a half to complete the process.

The longer runtime gives the point to the latest iPhone.

On both sides, we find a double set of cameras, consisting of 12 MP sensors each. Despite having the same resolution as the predecessor, the main one of the newest one now has larger pixels and focal aperture, which allows for better night shots in the 2022 model.

Even daytime captures ensure more sharpness and superior HDR. The portrait mode of the two follows the brand’s mastery in this regard, with an almost flawless background blur.

The ultrawide of the iPhone 14 has not changed and has a similar quality to that seen on the iPhone 13, with colors close to the main one. The only thing missing was an autofocus on this lens, to help with macros.

The 14 marks for improvements in the main camera.

Photos taken with the Apple iPhone 14

The duo’s camcorder is capable of recording in 4K at 60 fps with all cameras. There’s optical stabilization in them, as well as snappy focus and good quality stereo sound capture. They support videos with Dolby Vision, as well as cinematic mode for real-time background blur. The difference is that the newest one can use this feature in 4K, while the predecessor is limited to Full HD here.

Photos taken with the Apple iPhone 13

The front-facing camera on both shows why selfies are a huge Apple strength. Both the iPhone 14 and 13 get the skin tone, contrast and high level of detail right. Not to mention the very efficient portrait mode. The newest sensor has a larger aperture, for a night mode with less noise, in addition to also coming with a 4K cinematic mode for head-on shooting.

The iPhone 14 widens the scoreboard.

Apple has not changed MSRP from one generation to the next. In other words, the two began to be sold in Europe for R$ 7,600 each. As it has been on the national market for a longer time, the iPhone 13 can be found in current retail for a lower price, already below R$ 5,000. On the other hand, the iPhone 14 only dropped a little from the R$ 6,000 mark.

That is, the older model takes the last point of the duel.

If our initial question was about being a good evolution or more of the same, we saw a little of each in this confrontation. In terms of design and multimedia, we can say that there was no change from the iPhone 13 to the iPhone 14.

However, several areas signaled progress. We are mainly talking about the battery with greater autonomy and the cameras with the highest quality in general. The performance of 14 showed a slight improvement, while the system will have greater longevity, but without major differences in functionality.

In favor of the predecessor, only the cost-benefit remains. As the oldest of the pair, the 13 is what will offer the benefits of an iPhone without hurting the consumer’s pocket so much.

Do you think the advantages of the iPhone 14 outweigh the higher cost, or is it still worth investing in the iPhone 13? Talk to us in the space below.

This working week was one day shorter than usual. Nevertheless, there was a lot...
Tech News

Kubernetes in professional use: The webinar series from Heise

From October 27, interested parties will learn how to use Kubernetes successfully. The webinar...