TechSmartAerezona Developers
HomeMobileiphoneiPhone 14 Pro, first impressions: the dynamic island or how to turn...

iPhone 14 Pro, first impressions: the dynamic island or how to turn a problem into a novelty

Apple’s return to school has not been long in coming this year. We had barely started September and the company presented the new iPhone 14. A total of four new models to renew its entire range of phones. Namely iPhone 14, the new iPhone 14 Plus and the iPhone 14 Pro and Pro Max. Today is the day that the new iPhone 14 begin to reach the first buyers and in EuroXlivewe have already been able to test them.

In this article we are going to bring you our first impressions of the iPhone 14 Prothe little brother of the highest range of the manufacturer that comes with a very striking novelty: the dynamic island that replaces the classic notch that premiered with the iPhone X. We tell you what we thought of this and other novelties in this first contact .

A very continuous design with a new notch 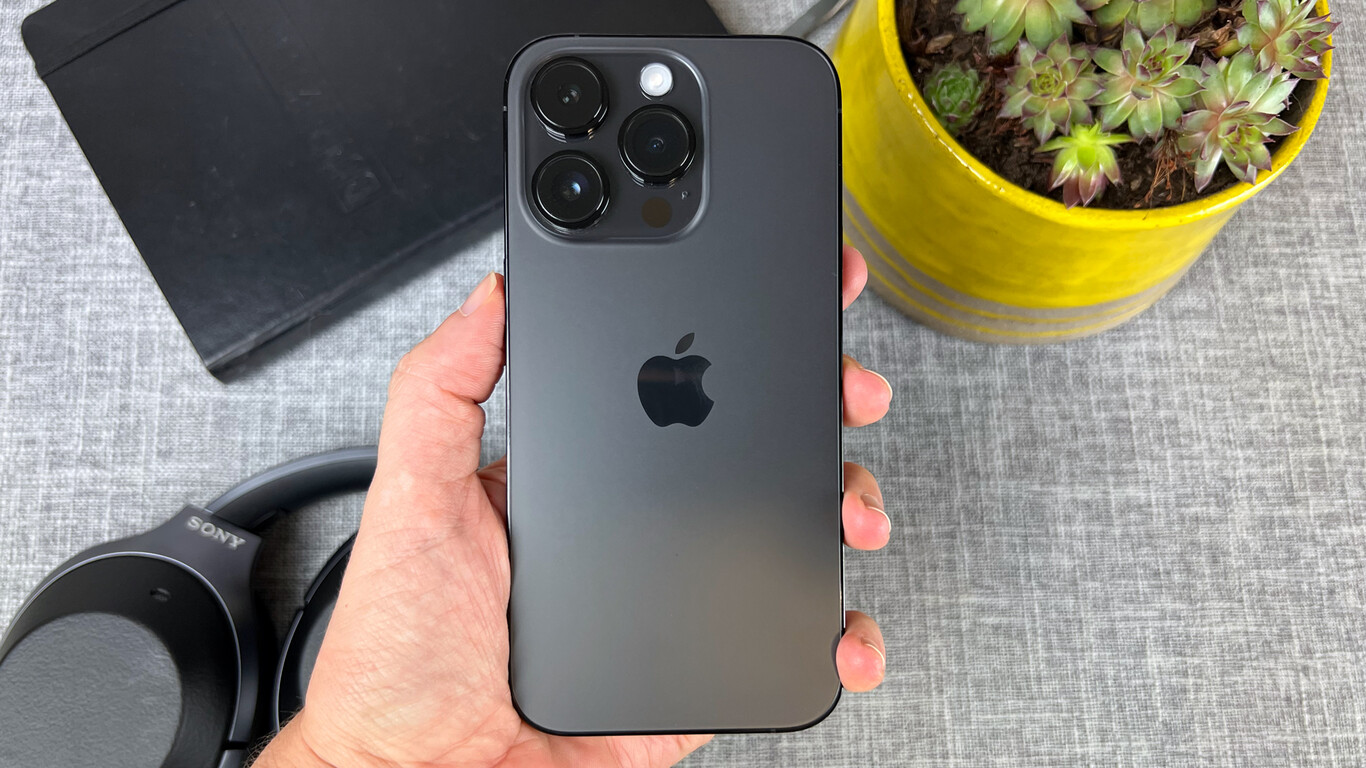 Straight out of the box, the iPhone 14 Pro looks a lot like its predecessor. Apple maintains the same design language with the matte glass back and metal side edges with a glossy finish. The unit that we have tested is Space Black and the truth is that matte black looks great on the back, which hardly attracts fingerprints. I can’t say the same for the metal edge, which is downright impossible to keep clean.

The first novelty that we detect is that the cameras are a bit bigger than those of the iPhone 13 Pro. It protrudes at least a millimeter more and this makes it more crooked when we leave it on the table. It’s not a drama, but there it is. 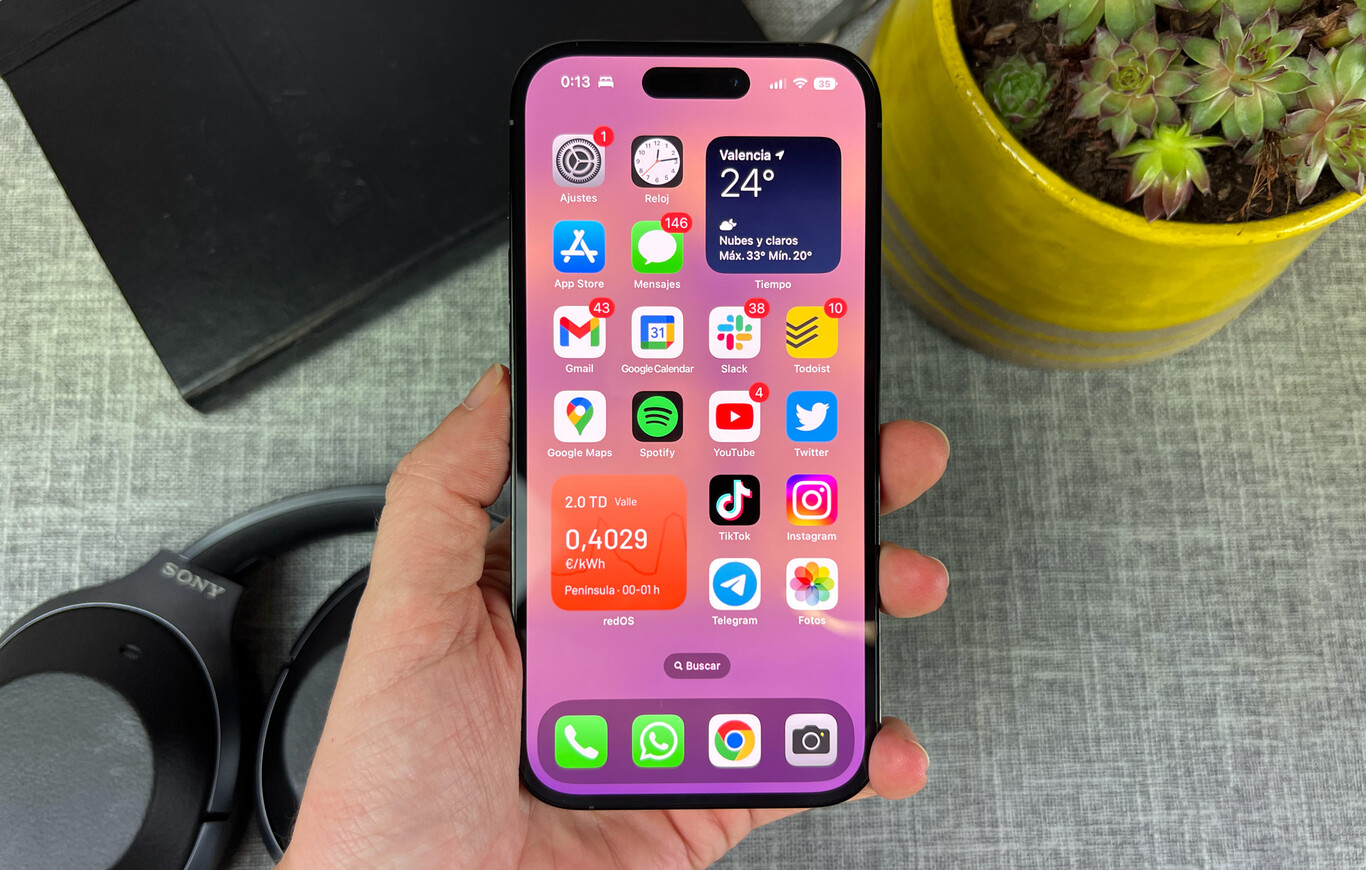 The novelty comes when we turn on the screen and the new dynamic island appears. Apple abandons the notch that they have been using for five generations and gives way to this island. We’ll talk about the accompanying software features later, but At the design level, it is still the hole in the screen that we have seen on Android mobiles that have a double front lens such as the Huawei P40 Pro.

The first contact is somewhat strange. It is an element that we are used to seeing, but never on an iPhone. As with the notch, that feeling fades and in the end you get used to the change. Of course, it is not more discreet than the notch. It’s narrower, yes, but it’s a lot deeper and gets further into the screen (about two millimeters) making the status bar take up more space than before. It’s not outrageous, but there it is.

The dynamic island is no more discreet than the notch. It’s narrower, but also deeper and gets more into the screen.

Since we are in the front, let’s talk about screen. Apple maintains the same panel that they had been using in the previous generation, with some slight changes. The main one is that the maximum brightness peak reaches 2,000 nits. I have been taking photos in full sun and the truth is that you can see that push of brightness. Resolution, diagonal and refresh rate are maintained at 120Hz. The screen feels smooth, looks sharp and the color calibration combined with the True Tone system gives us an excellent visual experience. 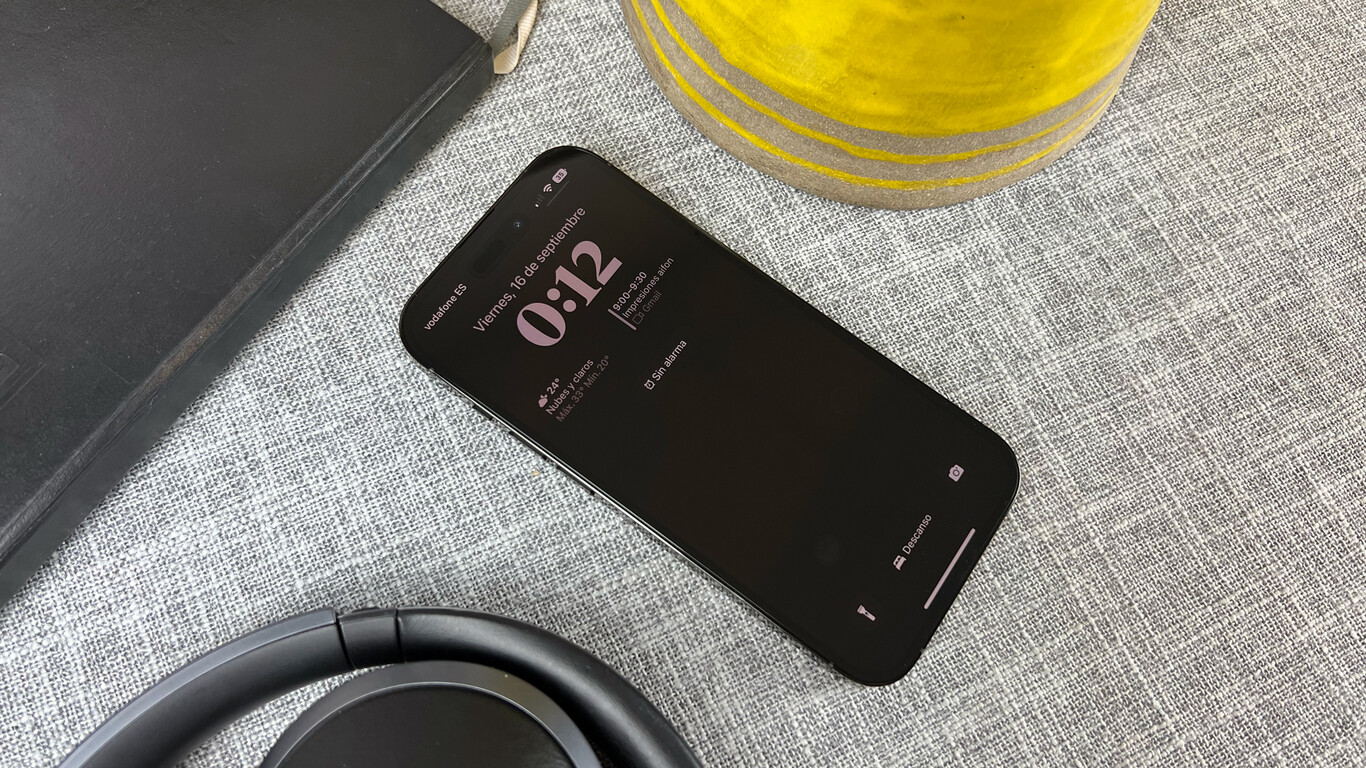 There is a novelty that has to do with the screen: the Always On mode or screen always on. We are not facing an Always On to use in which we only see the clock and some more data on a black screen. Here we havesame lock screen, wallpaper included, but with minimum brightness. It only turns off if we put the mobile upside down or if we carry it in our pocket, the rest of the time it is always on. Visually it looks great and it comes in handy for not having to touch the mobile if we want to see the time or if we have notifications. Of course, in the review we will tell you how this impacts battery consumption. The good news is that if you are not convinced, it can be disabled.

The dynamic island in action 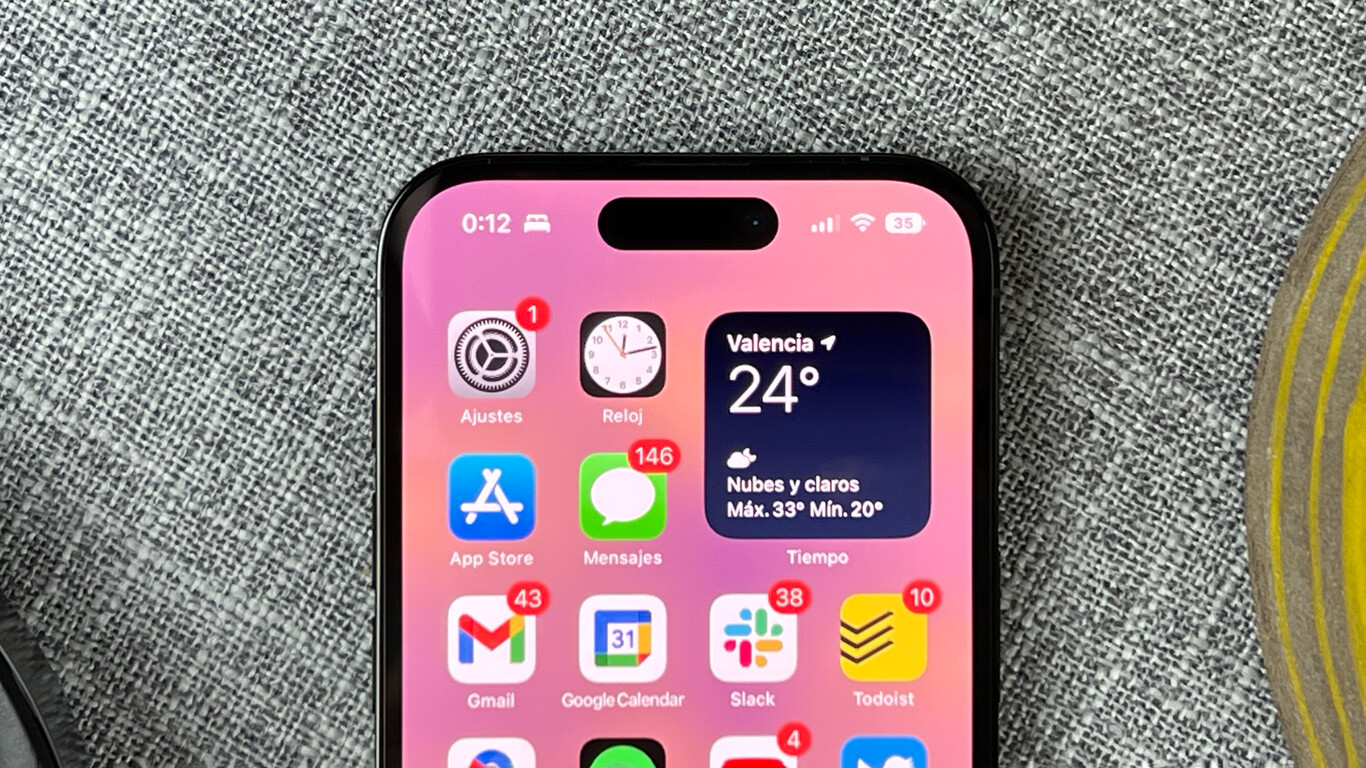 Let’s go to what surely interests the majority: is the dynamic island really so cool? I admit that I really wanted to test what is undoubtedly the most striking novelty of the new iPhone and the truth is that it is very well resolved. There is a conflict here and that is that, at least today, it is not possible to hide the front camera and all the FaceID sensors under the screen. For this we already had the notch, what Apple does here is create an island and give it meaning. Since it’s annoying, at least it’s useful for something.

The notch was static, but this island stretches and changes shape to show us information, almost as if it were alive. The animations are very careful and, although all 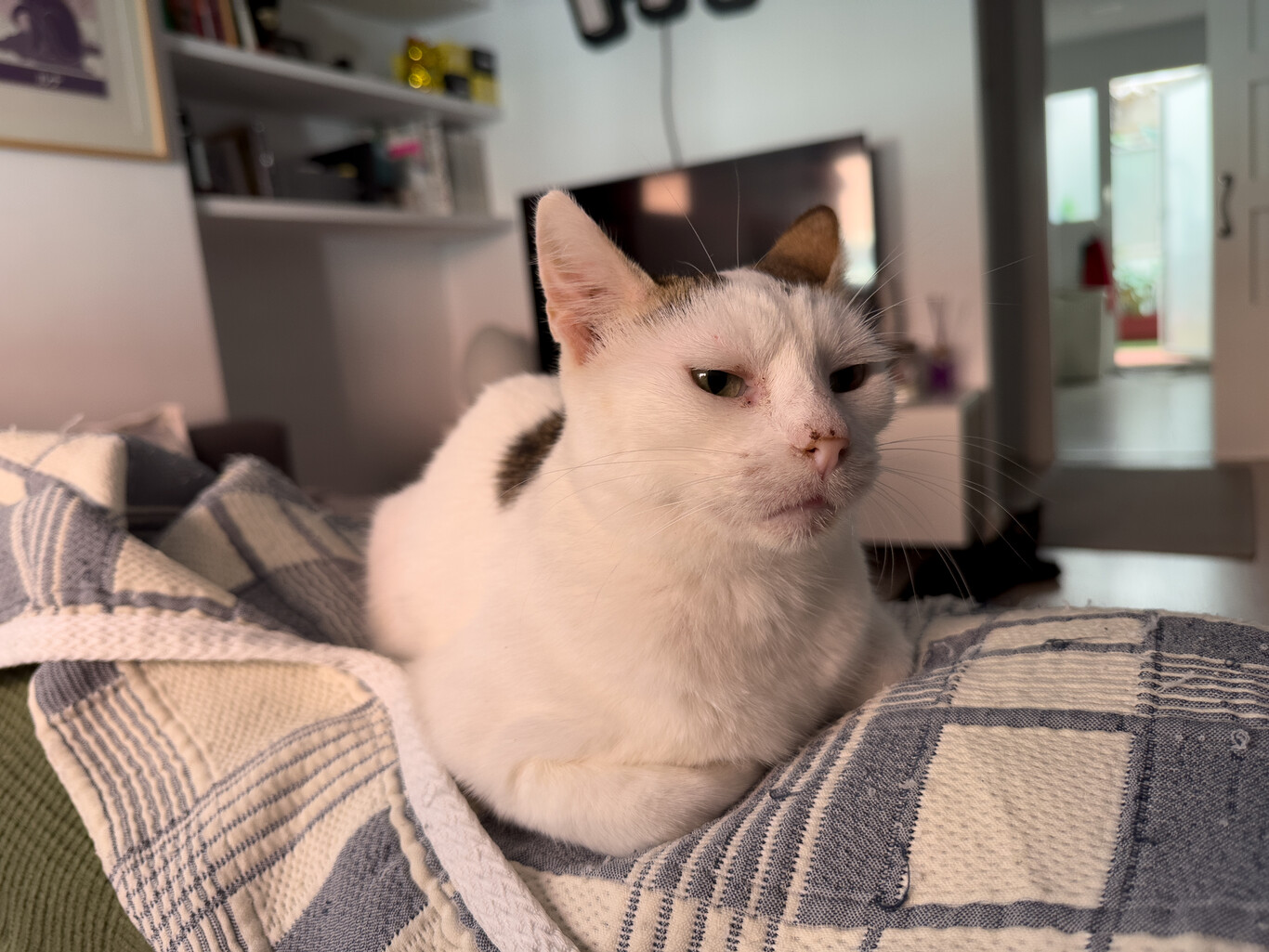 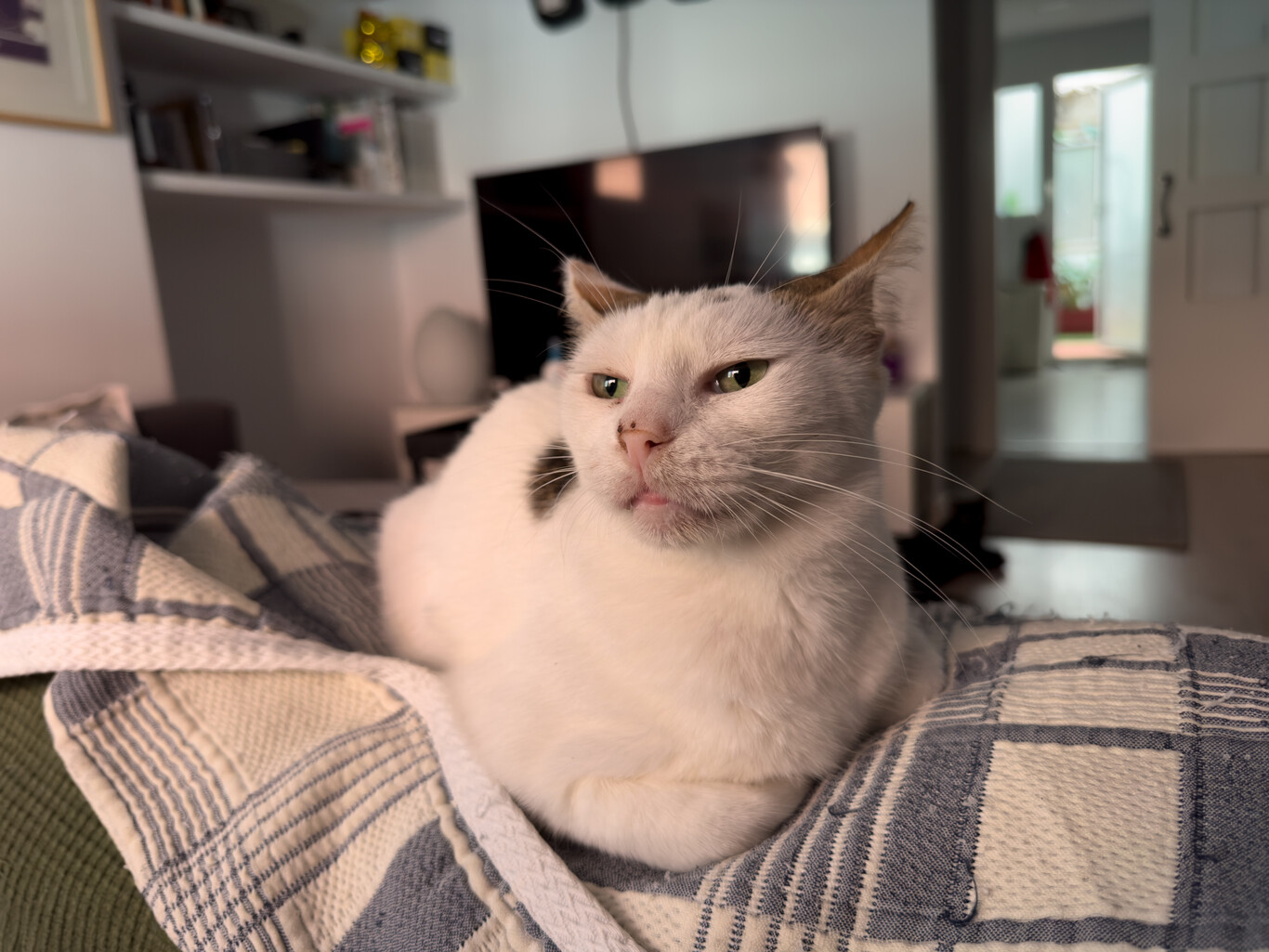 We see the same scene taken first in the HEIC compressed format (like Apple’s JPEG), then in RAW at 12 megapixels, and finally in RAW taking advantage of 48 megapixels. Obviously, the three images have been compressed in JPEG to be able to include them in the article (if you want to see them in full size, click on the links just below), but you only have to look at the weight of each one that we remember, its Pro brothers have more arguments in favor that justify their purchase. After this contact, we believe that even so it continues to be a timid renewal that makes It seems that we are facing an iPhone “S” and not a completely renewed model.

It remains to test sections such as autonomy (especially with that new screen on), the performance of the new Apple A16 and squeeze its cameras well. However, as we said at the beginning, the most striking novelty in this generation is the new notch, aka dynamic island.

The dynamic island starts from an imperfect design, but Apple turns it around and makes what was a problem end up being the main novelty of its new mobiles.

The dynamic island is the perfect example of how well Apple sells itself. We start from an imperfect design (understanding that the perfect thing would be to hide everything under the screen), but they add a lot of features and what was a problem ends up being a problem. feature. Nothing bad.

The Motorola Moto G Play 2022 smartphone and the Moto Watch 200 smartwatch are...
Apple

Meet “SUNBIRD” The iMessage for Android.

could come a new iMessage for Androidwith a new messaging app called sunbird ...