iPhone 14 Max and Pro Max without panels: production delayed, but there is optimism

iphone 14 is almost upon us, barring unforeseen events and twists, the new range of smartphones will be announced during the late summer keynote which is usually held in mid-September. However, the concerns about theactual availability of products, questioned by the now chronic crisis of the components, to which this year is added an extremely critical global socio-political situation which, inevitably, is also compromising the economic sectors, including tech.

Not to forget the still devastating effects of pandemic, whose umpteenth wave is creating serious problems especially in the Far East. On the one hand, Foxconn reassures, explaining that the company structure holds up and that it will be able to correctly guarantee production, on the other, analysts show apprehension due to difficulties on the demand and supply side. For example, we speak of a limited availability of Apple A16 chipsso much so that Apple would have decided to allocate them only to the Pro variants of its next iPhones.

And now a further problem emerges, this time related to panels: reveals Ross Young, a well-known industry analyst, according to whom 14 Max and 14 Max Pro will pay the price, which is the two largest variants. According to the information in his possession, shipments of the 6.7-inch panels will start only in Julyand not this month as in the case of the iPhone 14 and 14 Pro. So we will have to put our hearts in peace and wait three / four weeks more to buy one (or more) of the expected models as previously feared?

According to Ross Young, no. 14 and 14 Pro they are in line with the programsthe two Max a month backbut “I don’t expect delays at launch“, the analyst says confidently. There is likely to be limited supplies, but it would not be new this year. What is certain is that the continuous lockdowns imposed in Asia have upset the plans of suppliers: 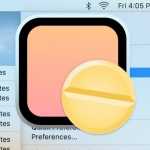 Amphetamine: Apple warned that it could remove the application from the Mac App …

HP Instant Ink is a service that is intended to make our lives easier....
Tech News

21 tips for writing content that ranks well on Google

When we write an article we have to think about our readers, that's obvious,...