There is really little left for WWDC 2022 to start. During the event, on June 6, the company will give way to the most important improvements of each operating system, with iOS 16 and iPadOS 16 having a little more relevance. In the meantime, bloomberg.com%2Fnews%2Farticles%2F2022-06-02%2Fapple-to-upgrade-its-ipad-software-in-bid-to-satisfy-pro-users%3Fsrnd%3Dtechnology-vp&ref=https%3A%2F%2F9to5mac.com%2F&title=iPadOS%2016%3A%20New%20%27Pro%27%20features%20on%20the%20way%20for%20iPad%20users%20-%209to5Mac&txt=Bloomberg">Bloomberg reports some more information and expectations, mentioning that the company expects important changes. The next updates will make iPadOS finally be an operating system at the level of professional users.

iPadOS 16 will include Pro improvements

Mark Gurman of Bloomberg has been quite active with the information he publishes. Just a few days ago, it reported the possibility of the always-on display feature for iOS 16. This Apple Watch-like support would be included in the iPhone 14. A year ago, the company made important updates to the iPadOS multitasking function. 15, however now they are looking to improve it even more for iPadOS 16.

Bloomberg indicated that iPadOS 16 will include improvements to the multitasking interface, making it much more convenient to know and manage open apps and manage them when working. In addition, users will have new possibilities to resize open application windows. There will also be ways to have apps set to use at the same time.

Mark commented that software updates on iPad will greatly improve the interface for multitasking, redesigning and streamlining it to make everything more convenient. Apple seeks to simplify the way you work by better managing and switching between open applications. At least that’s how they were Statements provided by Gurman’s unnamed sources, as updates are not yet released. 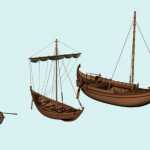 The sources also reveal that users will now be able to resize each open app window, offering better ways to manage and position them. Above all have access to easy use of multiple applications at the same time, living up to the name of the function.

This update is being sold as one of the best to come to Apple’s WWDC event next week. The marketing that the analysts handle, have as a background that Apple gives some relevance again to the iPadOS turning it in some way into a “computer experience” talking about windows and the multitasking function.

Rumors everywhere indicate that Apple is planning major changes, including some heading to iPadOS 16. Mentions of Webkit also indicate that iPadOS would have improvements to multitasking, adding user-friendly size to iPad windows.