The new 12.9 inch iPad Pro hit the global market with Apple M2 processor and attractive design. It can also be purchased on Apple’s website here in Europe, but the price remains somewhat prohibitive.

Apple still sells a model with an 11-inch display, but its proposal is somewhat different from the more premium variant, which is the one we are going to analyze in this hands-on made in partnership with HdBlog.

So, without further ado, check out our first impressions of Apple’s most powerful and expensive tablet.

The design of the new iPad Pro is basically the same as its predecessor and this may confuse many people, but the main improvements are inside the tablet, which has a recycled aluminum body, flattened sides and a thickness of only 6.4 mm.

Another detail that deserves to be mentioned here is that the thinness of the tablet does not scare and it has a good feeling of robustness. The new iPad Pro with M2 chip also retains the previous generation’s four speakers to ensure stereo sound and it must be said that the device’s audio quality is impressive.

We have a loud, well-defined sound with good calibration, even if it lacks a little bass at times.

In addition, there is a USB-C Thunderbolt port for charging or even connecting portable HDs or SSDs. Finally, the tablet brings a complete set in the box, something very different from iPhones.

The iPad Pro with M2 has a 12.9-inch display, but it’s not an OLED. Apple commercially defines this panel as Liquid Retina XDR and it is basically an LCD screen with about 10 thousand mini-LEDs.

This results in good images and color reproduction that can stand out in any scenario, including professional use. Another highlight is that this panel comes very close to the contrast offered by OLED displays, and the maximum brightness can reach more than 1000 nits in some specific contents and there is still a 120 Hz refresh rate.

Of course, the fact that this tablet’s processor is the Apple Silicon M2 is what makes the iPad Pro as powerful as a MacBook Air or MacBook Pro. In general terms, the new model has a slight increase in its CPU performance when compared to the predecessor.

The most considerable improvement is in the graphics performance, which is between 30 and 50% higher than the tablet with the Apple M1. Either way, this tablet lets you do almost everything you’d do on a MacBook.

From editing photos in Photoshop or videos in LumaFusion, working with documents, 3D modeling and rendering or playing some casual game.

Here in the iPad Pro, the Apple M2 chip is paired with 16GB of RAM, which is plenty for a tablet but essential for professional-level tasks.

As for the battery of the tablet, we have here the same capacity as its predecessor. Considering a very common situation of use, watching videos and doing basic tasks, autonomy can reach 9 hours.

However, using the device for 3D modeling, video and photo editing, it drops to around 4 and a half hours. Finally, to charge the tablet we still have the usual 20W charger 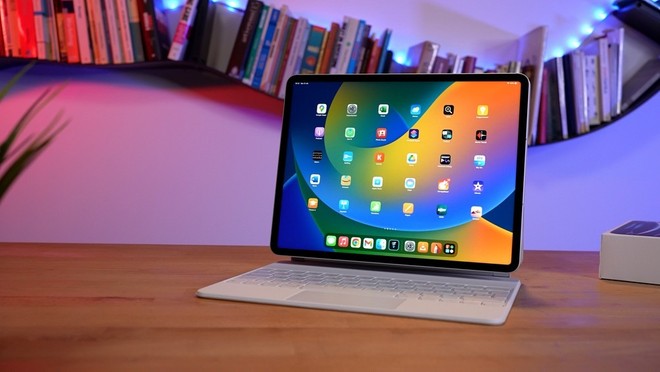 iPadOS 16 has evolved well and brought some features that were previously only available on macOS, but there is still a lot of room for improvement.

The software can now offer much more fluid and intuitive multitasking, allowing the user to quickly switch between open applications.

But the iPad remains a product that should only work with one app open at a time, or two in extreme cases. The main reason is that everything in iPadOS is still somewhat simplified.

That is, Apple needs to work so that iPadOS exploits the hardware of this device much more, since we have here a chip capable of doing much more than what is currently required.

An interesting novelty is that it is now possible to connect the iPad Pro to an external display to improve multitasking work. Of course, iPadOS also continues to do well in what is already standard on the device.

That makes the iPad Pro still the darling of designers who need a tablet for drawing with Apple Pencil. 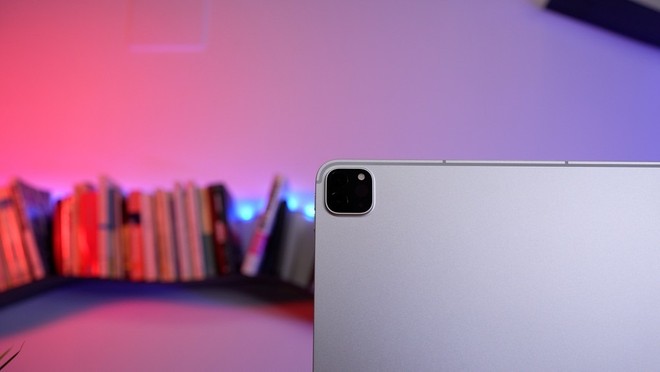 The iPad Pro with M2 has a 12 MP main lens with an ultrawide 10 MP secondary sensor. The front sensor is 12 MP and it stands out for its ability to deliver excellent results in video calls.

All in all, this set of cameras brings iPhone-level photographic quality. 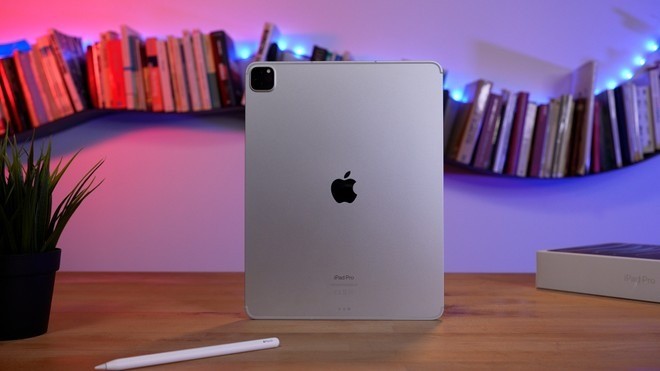 Finally, before we talk about our first impressions, we need to make it very clear to the type of audience that this tablet is intended for. That’s because, despite having the same performance as a notebook, it is still not a notebook.

Therefore, this iPad Pro with M2 chip also cannot replace a workstation of a professional who deals with images, for example. Even so, it can be a kind of complement or even a stopgap.

Citing an architect as an example, he can use the rear camera to take a picture, scan certain elements and include them in his project. Professionals of the genre, such as designers, find the iPad Pro a great ally.

I also mention photographers here, who can take a photo, quickly edit it and send it to a client using their iPad. On the other hand, for us mere mortals, this iPad is somewhat oversized, overvalued, and basically useless.

Not that he’s bad. Quite the contrary, it is a tablet that simply has no competitors in the market. However, like every Apple device, it costs very, very expensive. Even more so in Europeian lands.

Launched for R$ 13,300 in the version with 128 GB of storage and Wi-Fi connection only, the iPad Pro with M2 is very inaccessible. If you agree to get the 2TB version with a cellular connection, that price rises to an incredible R$28,500.

Finally, Apple is not going to lower the price of this device just because there is a strong complaint, even abroad, about the practiced values. Therefore, the company offers less expensive options, such as the tenth generation iPad.

It is aimed at the common public and can even be acquired “easier”.

The Apple iPad Pro 12.9 is not yet available in Europeian stores. To be notified when it arrives click here.