TechSmartHow smart tech is changing life
HomeTech GiantsAppleiOS 16, the code confirms the arrival of the Always-On Display on...

iOS 16, the code confirms the arrival of the Always-On Display on the iPhone 14 Pro

It is possible that with iPhone 14 Pro and iOS 16 will also debut on the Apple platform the always-on display: the boys of 9to5Mac have found several references in the code of the first beta of the operating system, released yesterday to developers immediately after the conclusion of the opening keynote of WWDC 2022. The novelty had already been rumored in the past by generally reliable sources, such as Mark Gurman of Bloomberg (which, for context, had also guessed the complete restyling of the Lock Screen, the first point dealt with by Craig Federighi in the announcement phase).

Gurman had said the functionality probably will exclusive to the Pro models. It is difficult to confirm this detail, at least with the information that has emerged so far. The traces in the code are concentrated in the part dedicated to the management of the display backlight, which as you can imagine is a fundamental part of the AoD. It is interesting to note that the source excludes that these are simple references to the Apple Watch AoD, perhaps due to some particular interaction between the two device classes. Another very interesting detail is that for developers, through a special option, it is possible to enable the function even on devices that do not officially support it, in order to facilitate testing operations.

It remains to be seen which iPhones will be compatible. Technically it is not too complex a feature to implement: on Android smartphones it has been present for some time now, which means that the technology is there. However, it is easy to imagine that Apple wants to be cautious about it do not affect too much autonomy. The source notes that with the iPhone 14 Pro (and of course the Pro Max variant) a ProMotion display should debut with even more dynamic refresh than the current iPhone 13 Pro and 13 Pro Max, i.e. with a range from 120 to just 1 Hz, where the 13 stops at a minimum of 10 Hz. A single pixel-per-second matrix update may be the only tradeoff Apple finds acceptable to enable AoD without straining the battery too much. These are speculations for the moment, but they make sense. We just have to wait for further developments – or at worst the launch of the new Melafonini. 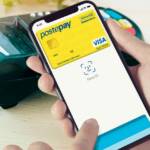