A column by Sascha Lobo on Spiegel Online in mid-September this year sparked heated debates among privacy advocates. The “strategy consultant with a focus on the Internet and digital technologies”, dubbed by Der Spiegel, launched a sweeping attack against “data protection as a preventive weapon”. The “real existing data protection” is “unfortunately more often about the principle than about digital life,” claimed Lobo. 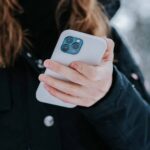 Apple releases an update for iPhones that you must install, why?

In particular, the columnist zeroed in on Thilo Weichert, the former Schleswig-Holstein state data protection officer, who acted quite loudly from 2004 to 2015. Weichert is “a kind of high priest of the radical Schleswig-Holstein data protection school,” said Lobo. Weichert shot “the metaphorical shotgun against all forms of social media from evil digital corporations”. Reason enough for c’t editor Holger Bleich and Heise’s legal advisor Joerg Heidrich to invite Weichert to the c’t data protection podcast and to ask him about the Fundi allegations.

In an interview, Weichert confirms that he has always insisted on some basic principles of data protection law and that he argues in a fundamentalist manner. However, he dismisses Lobo’s criticism and attacks the columnist head-on. Weichert talks about his long conflict with Facebook and emphasizes that social media do not necessarily and permanently violate fundamental rights in order to be successful.

When asked about the state of data protection in Germany after the GDPR came into effect in 2018, Weichert criticized the former Federal Data Protection Commissioner Andrea Voßhoff and praised her successor Ulrich Kelber. At the state level, the Bavarian State Office for Data Protection Supervision (BayLDA) comes off particularly badly with Weichert: From his time he reports that “political announcements in favor of the business location obviously played a role”. Weichert literally: “For a long time I held back from scolding colleagues, but that’s a phenomenon that has been observed for many years.”

With your consent, an external podcast (Podigee GmbH) will be loaded here.

I consent to external content being displayed to me. This allows personal data to be transmitted to third-party platforms (Podigee GmbH). Read more about our privacy policy.

Here are all the episodes so far: 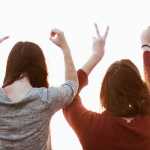 They develop a glove capable of instantly translating sign language