TechSmartAerezona Developers
HomeTech NewsIntel sets prices and dates for the Arc A770 and Arc A750...

Intel is gradually unraveling the details of the A7 line of its dedicated graphics, which would be the most powerful models, but for now they only aspire to fight against NVIDIA’s mid-range. Being more specific, the company has announced the prices and availability of the Arc A770 and Arc A750 graphics.

Intel graphics Arc A770 We were already able to learn a good handful of details just two days ago, but the chip giant has delved into the information made available along with the publication of the details around the Arc A750. Of the first there will be two variants, one with 8GB and one with 16GB of VRAM. The first will have a US base price of $329 and the second will start at $349.. Between taxes, inflation and depreciation of the euro against the dollar, the amounts will almost certainly be clearly higher when they begin to be traded in the Eurozone.

Both variants of the Intel Arc A770 will feature the ACM-G10 graphics processor, 32 Xe cores and a TDP of 225 watts. The variant with 8GB of VRAM will only be available through partners such as ASRock and GUNNIR, while the price of the one with 16GB would only apply to the Limited Edition of the graphic, so if it is marketed by other means, it is possible which ends up being more expensive. 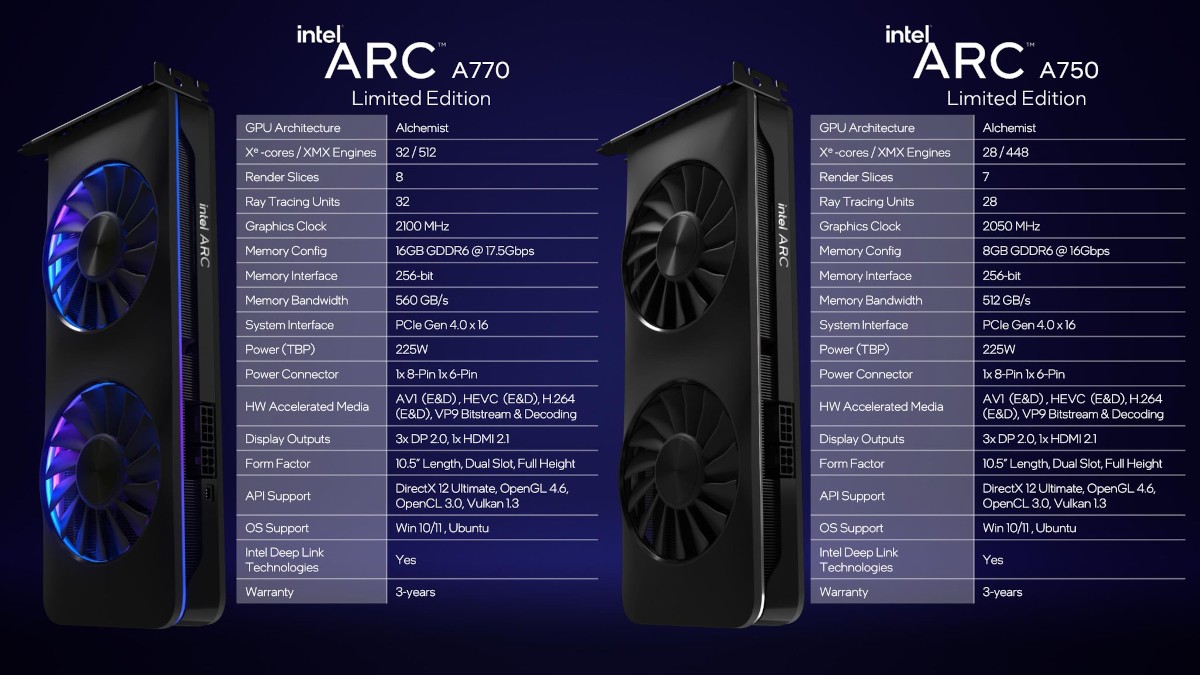 For its part, the Intel Arc A750 will have an ACM-G10 graphics processor with 28 Xe cores and 8GB of VRAM. Its price will be 289 dollars (remember that number is likely to be higher in the Eurozone when converted to euros), so it will be only $30 cheaper than the A770 variant with 8GB of VRAM.

The Arc A770 Limited Edition will be available through retail partners on the launch date and Intel has confirmed its distribution in the US market, but has yet to finalize things in the rest of the countries and markets, including the Sale Price. Manufacturer Suggested (MSRP).

Among the models of the Arc A770 assembled by companies other than Intel, we can highlight the Acer Predatorwhich, with a design that occupies 2.5 cabinet slots, implements a apparently asymmetrical active dissipation system and that requires two 8-pin connectors to work. Beyond the curiosity, it is undeniable that the aesthetic finish is outstanding and apparently robust. At the moment only one model with 8GB of VRAM is confirmed, although it is not ruled out that there is another with 16GB of memory. 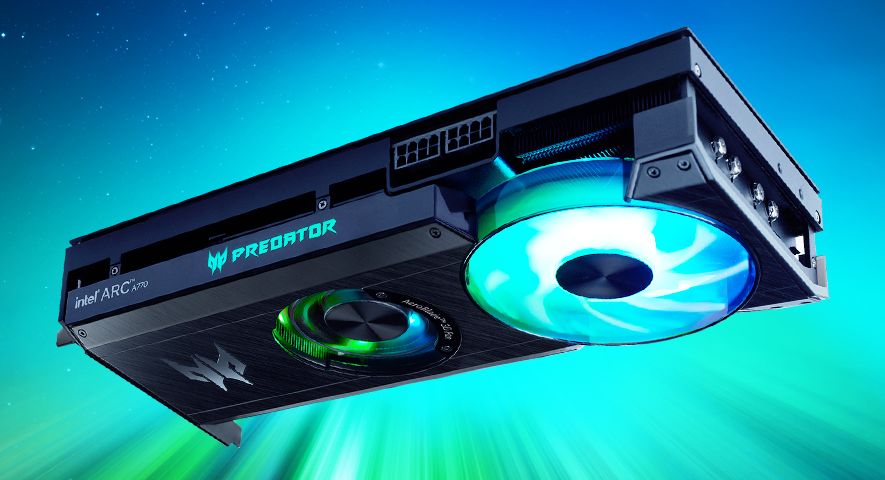 Intel has announced that the Arc A770 and Arc A750 graphics cards will be launched on the market on October 12, 2022, although seeing the large number of delays and the apparent lack of confidence that the company exudes, we may have some surprises at the last minute. Let’s hope that Intel has polished its drivers enough to at least obtain decent results in the comparisons, since the market cannot settle for the strong dominant position that NVIDIA currently holds.