TECHSMART
Home Tech News Intel has given ‘Alder Lake’ the step forward it needed at all...

The time has come to take stock. The time we have spent on 12th generation ‘Alder Lake’ Intel Core processors and new DDR5 memory over the last few weeks has allowed us to form a fairly accurate idea. about what they offer us.

And yes, definitely, as we defend in the headline of this article, Intel has taken the step forward what did i need to give not to continue losing ground to AMD from a strictly technological point of view.

If we stick to the market share held by these two companies in the x86-64 microprocessor market, Intel has always ruled with an iron fist. According to the Statista consultancy, in 2021 the latter company accounts for approximately 60% of the market share, and AMD keeps the remaining 40%.

Intel is still in a comfortable position, but AMD is at its best both from a technological point of view and if we stick to its sales

It is clear that Intel continues to occupy a relatively comfortable position, but if we look at the history to see how the sales of both companies have evolved we can see that AMD is at its best. Both from a technological point of view and if we stick to their sales.

Given the circumstances, it is clear that Intel had to get on with it. And it has. The 12th generation Intel Core processors have shown us in our tests that they have what it takes to put this company back on the path of competitiveness.

They’re not perfect, but ‘Alder Lake’ chips are a solid bet

“When we step on the accelerator and ask them to give us their best, the high-performance cores of the ‘Alder Lake’ processors are transformed into authentic thread eaters». This quote taken from the analysis that we dedicated to these chips two weeks ago synthesizes quite well what is undoubtedly one of the main qualities of the new 12th generation Intel Core processors.

And is that its single-wire performance is fabulous practically in all the tests we have subjected them to. In fact, it’s so good that they get very close in multi-threaded scenarios to Ryzen 5000 processors that have more cores than they do. And clearly defeat those with the same number of cores. Under the circumstances, it is very difficult to fault the overall performance of Intel’s newer microprocessors.

However, this is not the only point in your favor. Intel has succeeded in introducing DDR5 memory technology as a travel companion for ‘Alder Lake’ chips because this commitment strengthens the competitiveness of this platform in the medium and long term. But above all it has been successful by maintaining compatibility with DDR4 memory and allow those users who have fast and quality modules of this type to continue using them with the 12th generation Intel Core chips. 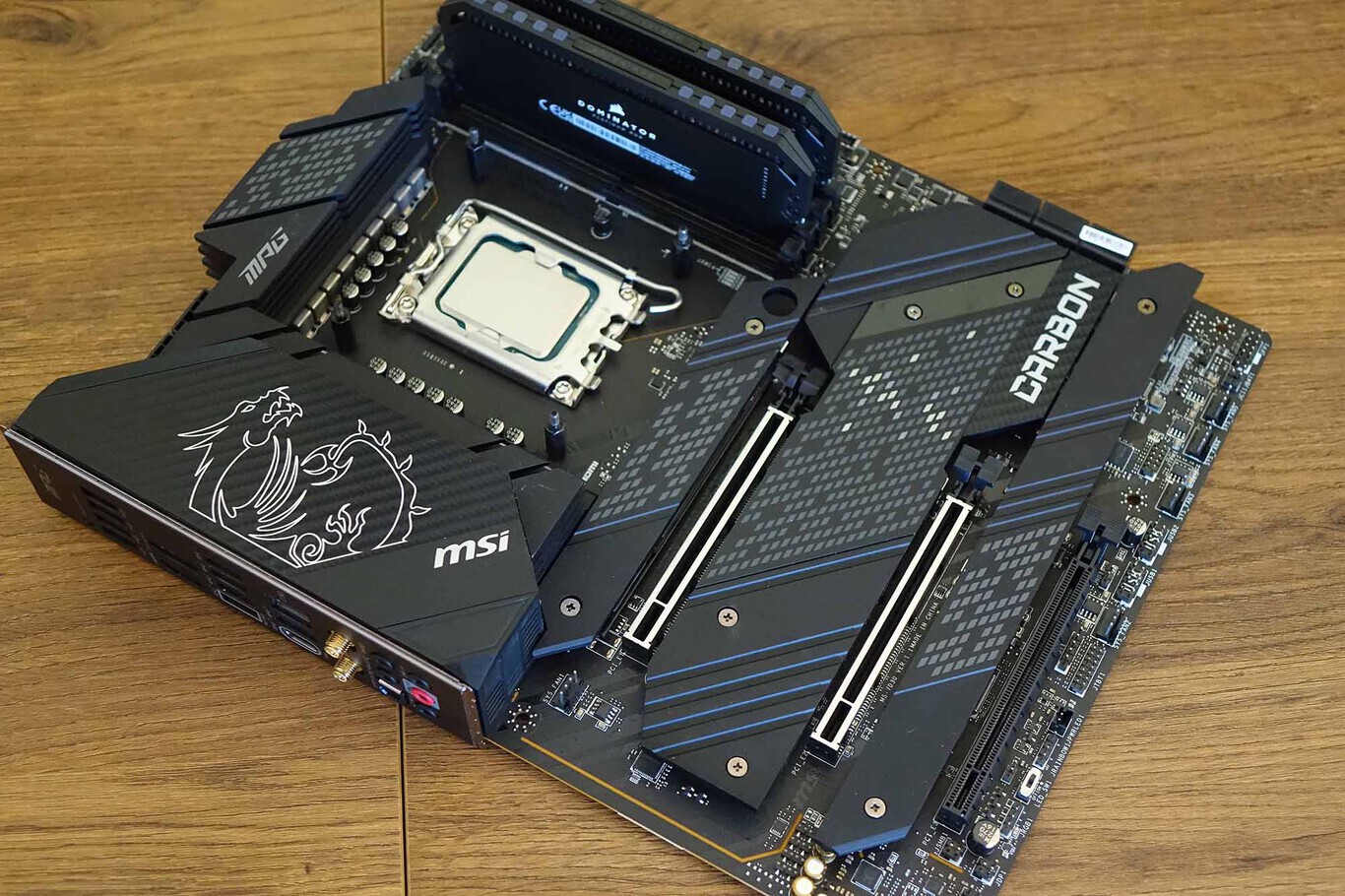 Intel has made the right decision by not forcing users who decide to get an ‘Alder Lake’ processor to buy the rare and expensive DDR5 modules that are coming to the market, especially in the context of semiconductor deficit in which we are mired.

Despite everything, these processors are far from perfect. In our opinion your Achilles heel is your peak intake under stress, which is slightly reduced compared to 11th Gen Intel Core chips, but is still well above the power of comparable AMD Ryzen 5000 family processors. In addition, Intel CPUs get noticeably hotter, so it is important that they are accompanied by an efficient cooling system.

To some extent this difference in consumption and level of thermal energy dissipation between the latest Intel and AMD processors can be attributed to the way they are implemented. the microarchitectures ‘Zen 3’ and ‘Alder Lake’.

However, it also seems reasonable to assume that the 7nm FinFET integration technology used by TSMC to make AMD processors gives these chips some edge compared to the Intel 7 photolithographic process of the new ‘Alder Lake’ if we stick to its energy efficiency in demanding conditions.

The arrival of new Intel processors does not diminish the appeal of AMD’s Ryzen 5000 chips. In our opinion these CPUs remain extraordinarily competitive. They are endorsed by an impeccable single-thread performance, and, above all, a productivity in multi-thread scenarios that in high-end processors removes the hiccups. And, furthermore, he does it without hesitation.

In addition, these processors have a maximum consumption under moderate stress, and in these same circumstances most of them stay fresh as a lettuce. With these precedents it is almost impossible to foresee that AMD will take a wrong step with its next Ryzen processors with microarchitecture ‘Zen 4’. In fact, their Ryzen 5000s are so good that can afford to be conservative and not risk. It is enough for you to follow the same path you have been traveling since the first generation of Ryzen processors arrived in 2017.

Unfortunately, the semiconductor crisis is clouding it, but the microprocessor market is objectively having a good time. And this panorama encourages users to be reasonably excited.

Leaving aside the preferences that some enthusiasts may have for one company or another, there is no doubt that what interests us is that both are in good shape. And now they are. Intel and AMD. AMD and Intel. We can be sure that 2022 will bring us strong emotions. We can only cross our fingers and trust that these two companies make the right decisions. And, incidentally, may the semiconductor deficit give its last blows once and for all.