Intel has just announced its new 11th generation Intel Core processors for portable devices. We are talking about the “Tiger Lake H”, which, how could it be otherwise, come in different models, the most powerful being the Intel Core i9-11980HK thanks to its overclocking capabilities and its single core speed of up to 5 GHz in turbo mode.

Given their characteristics, the ultimate goal of these processors is to conquer the heart of the latest gaming laptops. It is expected that over the next few days manufacturers will begin to launch devices with these processors and probably with the new RTX 3050 and RTX 3050 Ti that NVIDIA just announced.

So are the new Intel processors

One of the most important changes in this new batch of mobile processors is the jump to ten nanometers, for which Intel has used the SuperFin process and the Willow Cove Core architecture. This is a significant leap, as the 10th generation H processors were based on a 14-nanometer process. This, in principle, should translate into greater power and efficiency.

Intel I have also implemented PCI Gen 4 with 20 lanes with Intel Rapid Storage technology, support for 3,200 MHz DDR4 RAM, Thunderbolt 4 (40 Gbps) with support for 4K displays, WiFi 6E and Intel Iris Xe graphics. However, and given the market segment these processors are aimed at, it is most likely that they will be accompanied by dedicated graphics cards. 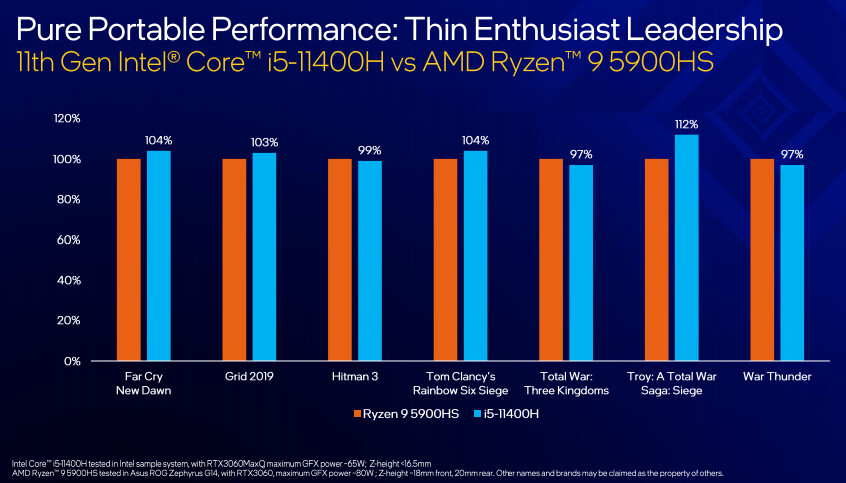 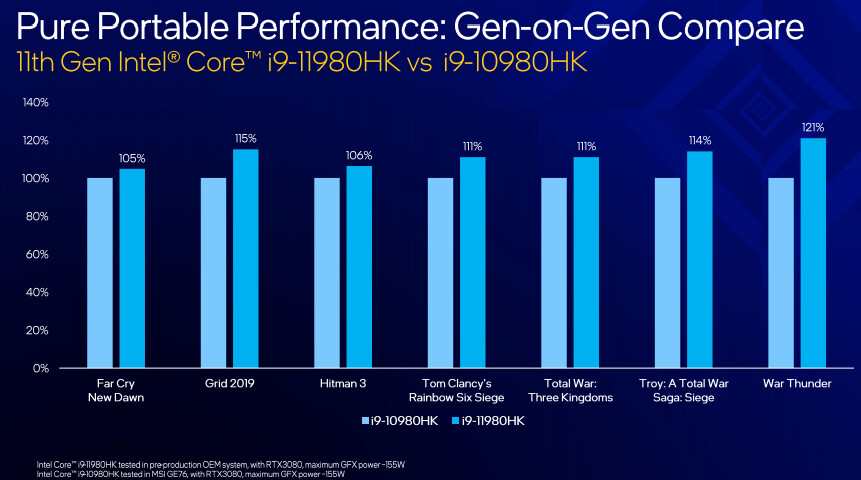 The most powerful model is undoubtedly the i9-11980HK, which is the only processor in the family that is unlocked and that allows us to overclock freely. This basic processor offers us a frequency of 2.6 Ghz that we can shoot at 4.5 GHz in all cores using the turbo mode. As far as the integrated graphics is concerned, in all the models it has 32 EU and a frequency of 1,450 MHz.

The company promises superior performance to AMD’s rivals, as they have shown in the superior graphics. Comparing the i5-11400H with the Ryzen 9 5900HS, the performance is noticeably higher in most titles. This is the case of ‘Far Cry New Dawn’, ‘Grid 2019’ or ‘Troy: A Total War Saga’. The company has also detailed how the performance of the current HK improves over the previous generation, with a improvement of around 10-15% in almost all cases.

How to be more productive with Excel, five tips after years of using the platform

Excel, or any other spreadsheet solution, is still the way millions of people around...
Europe

Austria blocks Schengen accession of Romania and Bulgaria, while Croatia gets green light

Austria has blocked the accession of Romania and Bulgaria into Schengen, the passport-free area...