Insurers can leverage carbon credits, and themselves

insurers may have found a way to kill two birds with one stone. The growing market for planting trees to offset carbon emissions is unregulated, leaving large firms vulnerable to fraud and unexpected losses. That’s where insurers can come in

Dirty industries clamor for emission compensation programs. Forest owners in California, Australia or the Democratic Republic of the Congo can measure the carbon their trees capture and sell credits to firms like BP and Shell to offset their huge emissions.

But loss and fraud are a constant threat. In 2021, more than 150,000 acres of Californian forests that were part of a compensation program burned, according to the organization CarbonPlan. Microsoft and BP had bought credits linked to burning forests. If the damage renders these woodlands ineligible for credit, it could deal a financial and reputational blow to them. In Australia, allegations of fraud have prompted the new government to review the programs.

Existing insurance products barely compensate large companies. Property and casualty insurance sometimes pays to compensate the forest owner, but this is unlikely to extend to a large company that has tied its climate goals to it. For now, there is no specific compensation. 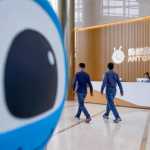 Specialized insurance could help fill that gap. Top firms such as Allianz, Axa and Zurich could underwrite potential losses. At best, the market could be worth €4bn a year, Howden Broking estimates. Assuming Zurich earns a quarter of that, it could add 2% revenue to its premium sales forecast for this year. It could do with it, as the insurance industry is expected to grow just 3% over the next two years.

As long as insurers can differentiate between valid and invalid compensation, it’s a win-win.

Toshiba announced this Monday, 3rd, the launch of its first 65-inch Smart TV with...
Apple

Apple has just announced that Apple Music has just reached 100 million songs with...