Instagram is testing a new feature, which could be available as soon as next December, called “Take Break” that would encourage the user to rest after spending a considerable period of time watching content on the social network.

Adam Mosseri himself, director of Instagram, has announced it through his Twitter account, explaining the operation of this new feature that users can activate, allowing them to regulate the amount of time after which the notice would appear: 10,20 or 30 minutes. Beyond the fact that activating this function is voluntary, from Instagram it is stated that a communication will be sent to users inviting them to know the new function, activate it and make use of it. 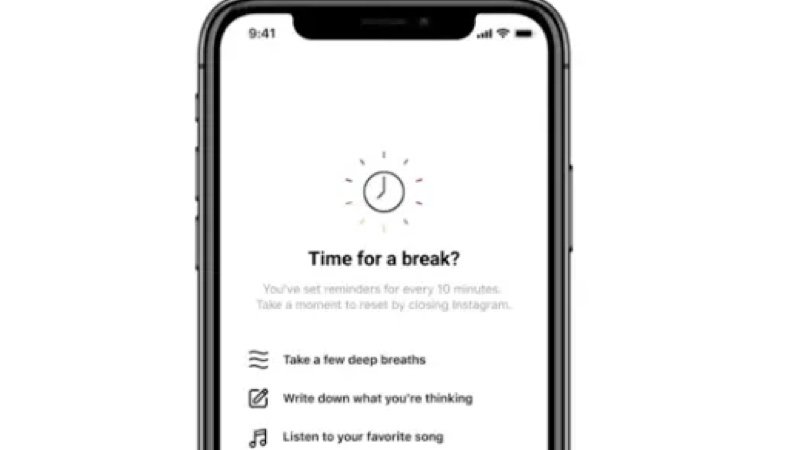 To be active, a notice that will be displayed on the screen, although without completely blocking the view, so that the user can continue using Instagram if he decides to disregard said notice. Otherwise, if you decide to follow the recommendation to take a break, you can select the duration of the break.

In addition, “Take a break” will display a list of suggestions on the screen, such as encouraging the user to do deep breathing exercises, write down their thoughts, listen to their favorite song, or complete a pending task.

Mosseri affirms that this new function seeks to give users more control over their experience on Instagram, providing the tools that allow regulating the way in which each one enjoys using this social network.

We started testing a new feature called “Take a Break” this week. This opt-in control enables you to receive break reminders in-app after a duration of your choosing.

I’m excited to dig into the results & hopefully launch this sometime in December. ✌🏼 pic.twitter.com/WdSTjL6ZdH

“Take a break” comes at a time when both this social network and its parent company (Meta) and the other large social network belonging to the same group (Facebook) are under suspicion after the publication of some information that indicates the negative effect it can have on the mental health of young people excessive use of social networks, which can lead to addiction.

This is Weavit, the “Shazam” of thoughts

47 Google Play offers: download these apps for free while you can and save with the discounts

Dublin Airport seizure nabs €740,000 worth of cocaine from passengers’ luggage

This app tells you if you sing badly or well and helps you remedy...

This is Weavit, the “Shazam” of thoughts

Dublin graduate, 24, with cerebral palsy calls for support to avoid ‘worst nightmare’ of...

Apple, also in France via the earphones from the iPhone sales package