Ingenuity carries a fragment of the Wright brothers’ first airship

The Mars Perseverance mission excites me, the Ingenuity helicopter excites me, and remembering the first flight, carried out by the Wright brothers in the town of Kitty Hawk, North Carolina, excites me. Thus, this news, which for many may seem like a minor detail, has personally struck a chord with me. Or, as they would say in some marketing department, my engagement with the mission it has grown substantially.

And it is that, as we can read in Phys.org, the Ingenuity helicopter carries a small fragment of the Wright brothers’ first plane that crossed the sky. As we have already told you, Ingenuity is part of the Mars Perseverance mission and will be the first human-designed device to fly on another planet. A milestone that, if we take into account the enormous amount of technical challenges it poses, is a feat comparable to that signed by the Wright brothers a little over a century ago.

The fragment, which is about the size of a stamp, fixed with a cable under the Ingenuity solar panel, which unfolds on top of it to recharge its batteries. In this way, it remains protected from the harsh climatic conditions of the Martian surface. And it is that, with the winds of the same and the regolith hitting, the fragment of the Flyer I could not persist too long on the red planet. 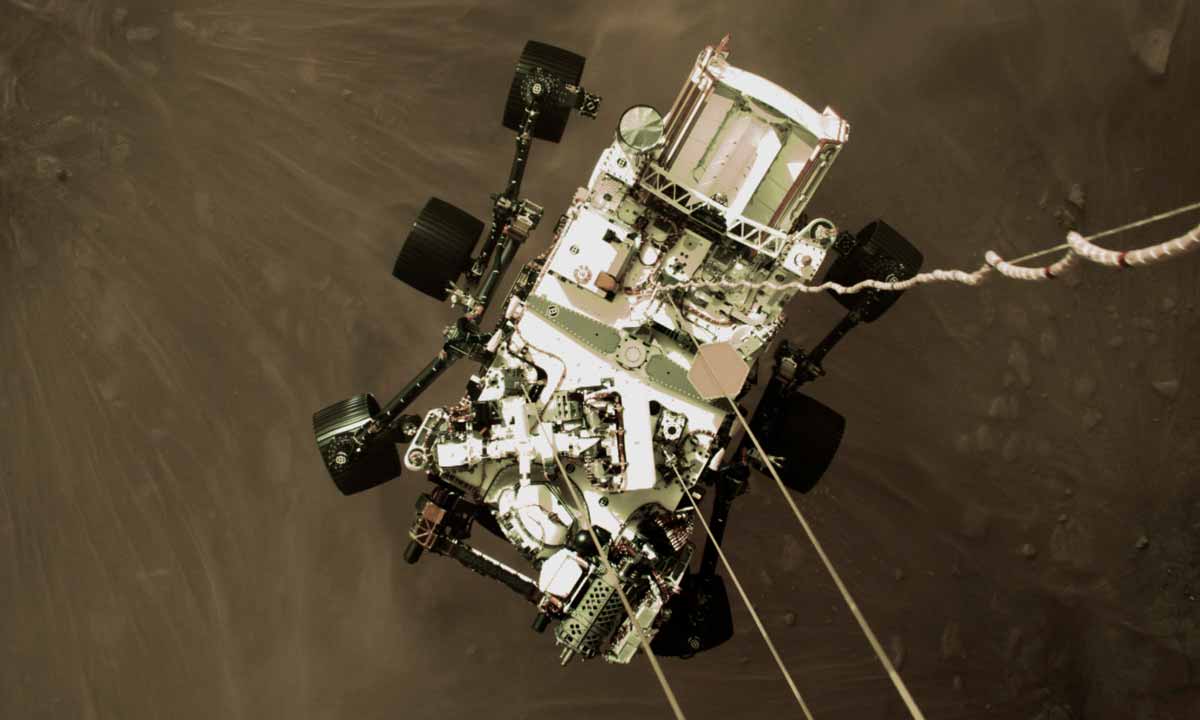 The first flight of the Ingenuity It is scheduled for April 8, although there are still many factors that can still delay it. And it is that the mission engineers will not initiate the first flight of the helicopter until all the factors, both technical and environmental, offer the maximum degree of reliability for the flight to be successful. And it will be at that moment when, again, the fragment of the Wright brothers’ plane is part of the first motorized device to fly on a planet. First it was on Earth, in a few weeks it will happen on Mars.

It is not the first time that a fragment of the first plane of the Wright brothers participates in a milestone of space exploration, and it is that another fragment of it accompanied Neil Armstrong and Buzz Aldrin to the surface of the Moon, as we can see on the Smithsonian website. This fragment returned to Earth with the Apollo XI mission team and has been kept as an exhibit since then. Will the fragment of Flyer 1 that is currently docked in Ingenuity, hundreds of thousands of kilometers away, will one day also be able to return?