Google is currently testing iMessage-compatible emoji reactions. A merit that seems to be attributed to Apple. The Cupertino brand lists this feature as an addition in the iOS 16 patch note. In any case, things are moving in the right direction for the user. 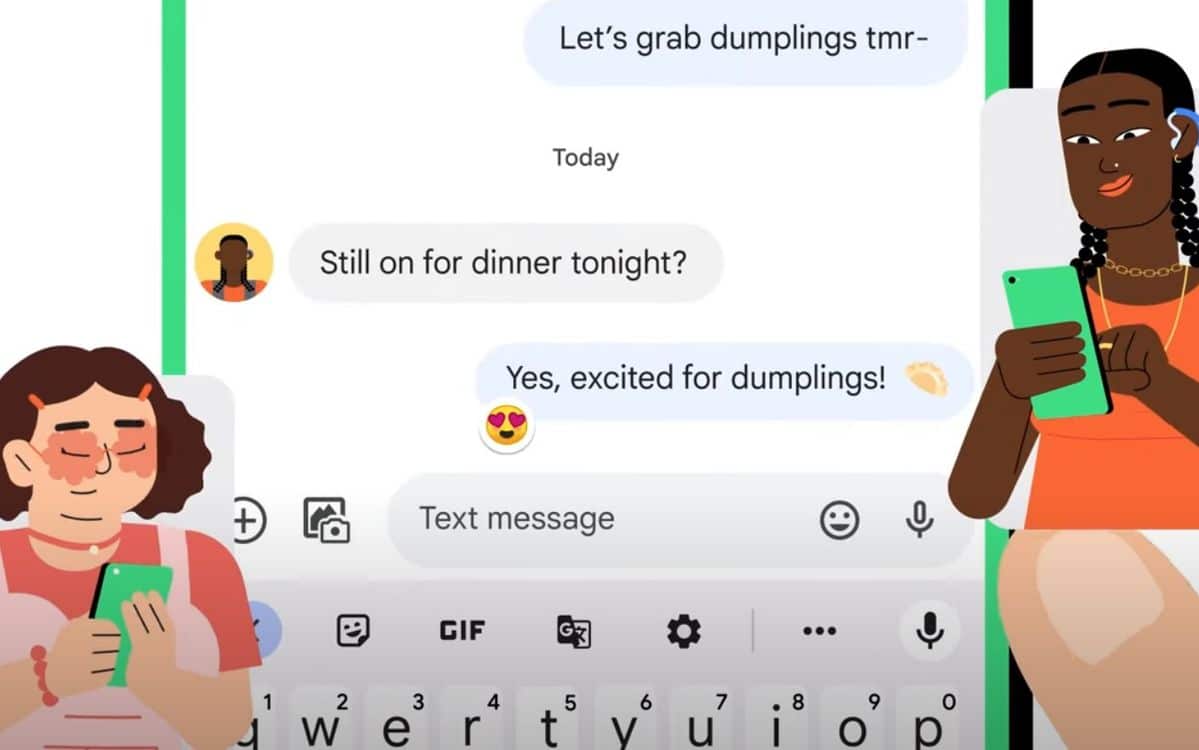 Communication between owners of iPhones and Android smartphones can sometimes be complicated. Google uses the RCS format while Apple sticks to the SMS format. In short, this means that certain features are not available on both platforms. It’s the case reactions to messages.

Android users have, for a long time, been unable to see emoji reactions to messages from iPhone users. Instead, only text was displayed. Google announced to correct the thing last January. Even more, the Mountain View firm would be testing the opposite: the possibility of reacting to iMessages via Android. A feature for which Apple seems to take credit…

Google and Apple bicker over messages

In effect, in the iOS 16 patch note, Apple writes “React to SMS messages with a Tapback and the emoji reaction will appear on the recipients’ Android devices.” A curious mention here, given that Tim Cook’s brand has always turned a deaf ear to Google’s requests on the matter.

Read also – Apple still refuses the RCS: “Buy an iPhone for your mother”

Google launched a campaign called #GetTheMessage this summer to encourage Apple to switch to the RCS protocol. Tim Cook turned a deaf ear, indicating that you had to buy an iPhone to have the functionality of the iPhone. It was therefore Google that worked on the subject to offer an almost invisible conversion of certain featureslike reactions in emojis.

In the facts, this mention in the patch note is not factually false. However, seeing it here may suggest that it is due to Apple, which does not seem to be the case. In any case, this text only appeared with the release of iOS 16, Apple having never mentioned it until then. Right when Google is testing the reaction of Android users to iMessage (only the reverse was possible).

Either way, the user wins, regardless of who originated the feature. The barrier between iMessages and messages on Android is slowly breaking down.