Image Manipulation and Social Media: Where Is the Line?

Image manipulation in various forms has been around from nearly the beginning of the medium itself, and the ethics of that process have been debated for nearly as long. Although this topic seems rather Sisyphean in nature, a conversation with an individual on Instagram inspired me to take a look at it from the perspective of social media in particular.

Entire books have been written about the history of image manipulation and the ethics surrounding that. A quick Google search results in hundreds of millions of hits on the topic. Needless to say, much has been said by many individuals over time about what is acceptable and what is not. And yet, this is a topic that keeps popping up again and again, especially as technology advances making it even easier to manipulate images and easier to share those images.

Most genres generally have their own unwritten (or sometimes written) rules or standards regarding what is acceptable in terms of editing. We understand and accept that fine art photographs can have significant manipulation done (it even seems expected at times), while images for photojournalism should not have any. Product and fashion work are also genres that there is general acceptance for lots of retouching and manipulation. And yet, the debate is ever-evolving and the edges around genres can sometimes be a bit soft, making things even more complicated. Social media also seems to have shifted the conversation and where the line of acceptable editing is, especially within the past few years.

Most frequently, we see the discussion of image manipulation and the media (including social media) in the context of models being edited to look slimmer, have better skin, or look different in other ways to make models conform to socially constructed beauty standards. Within the past few years, we as a culture have come to more or less agree that editing a person to look significantly different than real life has created a negative situation and it is something that should not be done. But what about all the other genres and, in particular, what about when those other genres are posted on social media? Does that change things? 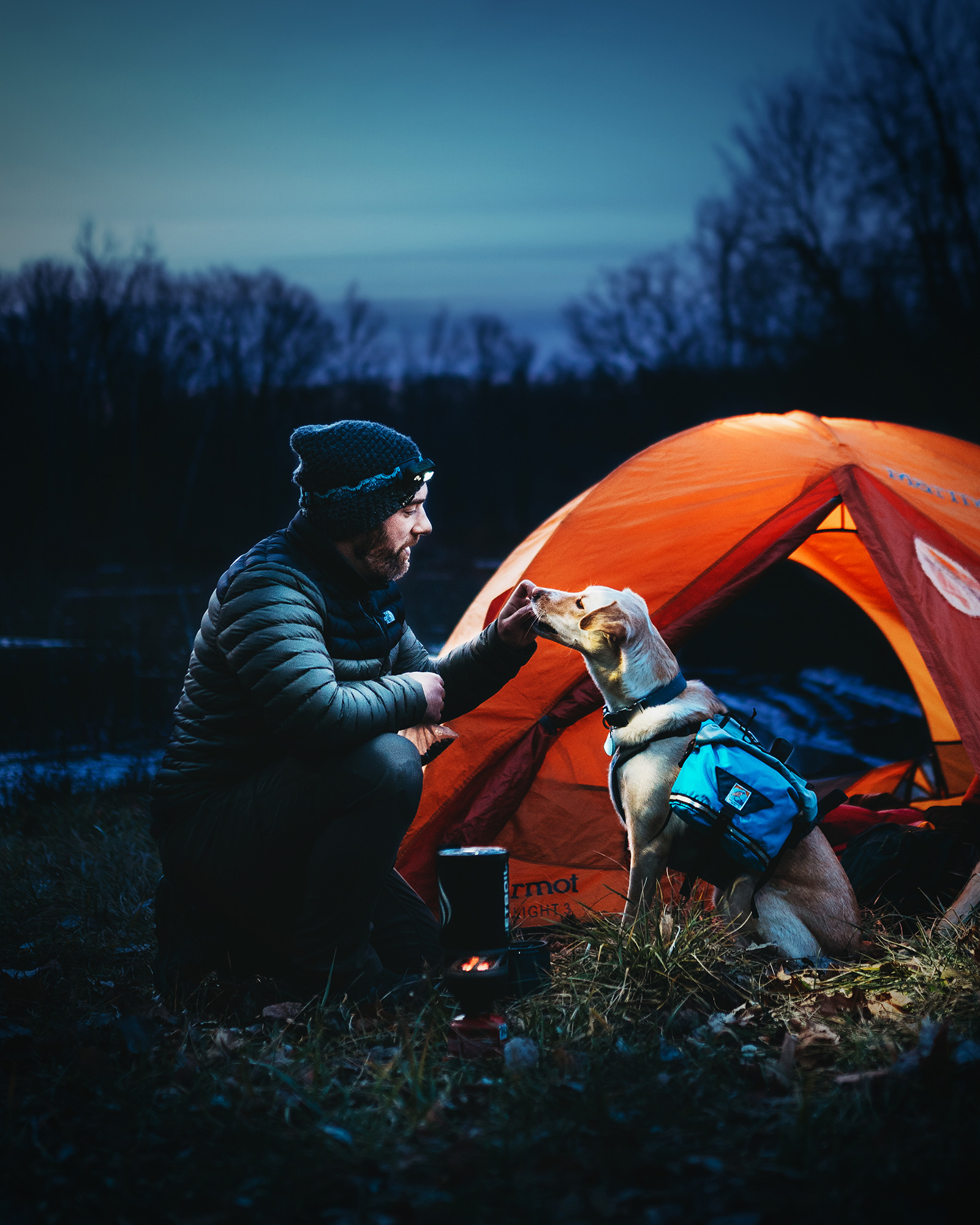 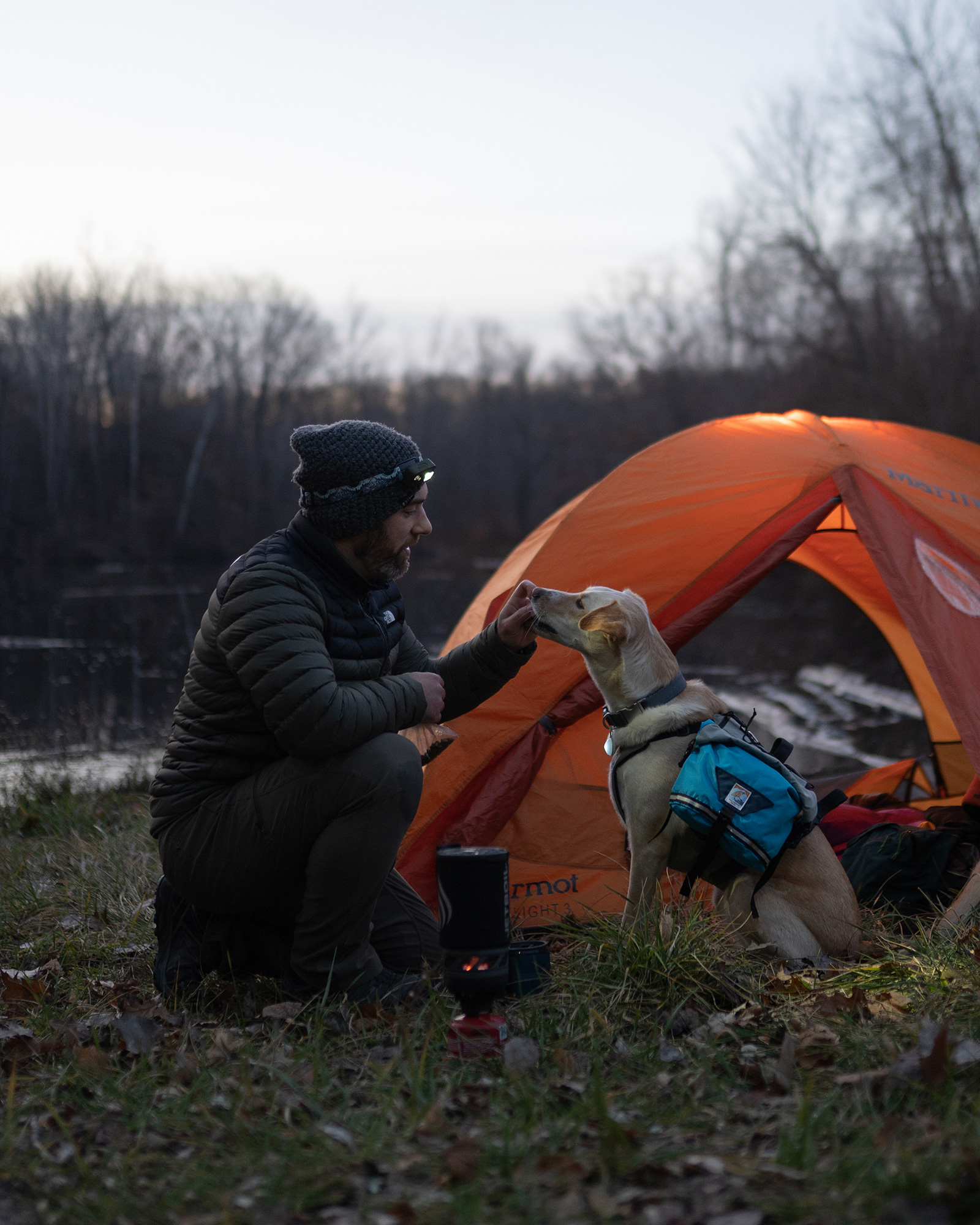 I follow an account on Instagram, @themittenmutt, who posted about some negative comments he received in response to one of his recent photos (seen above) and his photos in general. Drew Mason, the photographer behind the dog account, received some negative feedback from various individuals about his images, saying that they felt like Drew’s images were misinforming, misleading, and contributing to the “toxic fakeness of the Instagram world.” Without seeing the image first, you might anticipate some crazy edits. Drew does indeed edit his images significantly. But, those edits involve manipulations of colors, lighting, contrast, and other such basic things. These comments sparked a curiosity for me about where the line may be in terms of social media and image manipulation. In most other contexts, that amount of editing wouldn’t be questioned one bit, in my experience. So why is it such a big deal in the context of social media?

I chatted a little with Drew, and he also shared some thoughts on his Instagram stories, where he explained that he uses his editing to recreate the way that his mind interprets and remembers a moment. The way that he remembers a scene may be very different from the way that the camera captures it, however, which is where the editing comes into play. I think most of us have probably been there as well. We try to capture an epic sunset but the camera doesn’t do it justice. So what do we usually do? Enhance things in editing to make it feel and look more like the sunset that we remember. Editing to enhance an image and create (or recreate) a feeling in an image is not a new thing, or one that has been seen as unacceptable in the past, and yet it seems to be an issue in the realm of social media.

Art and Truth in Photographs 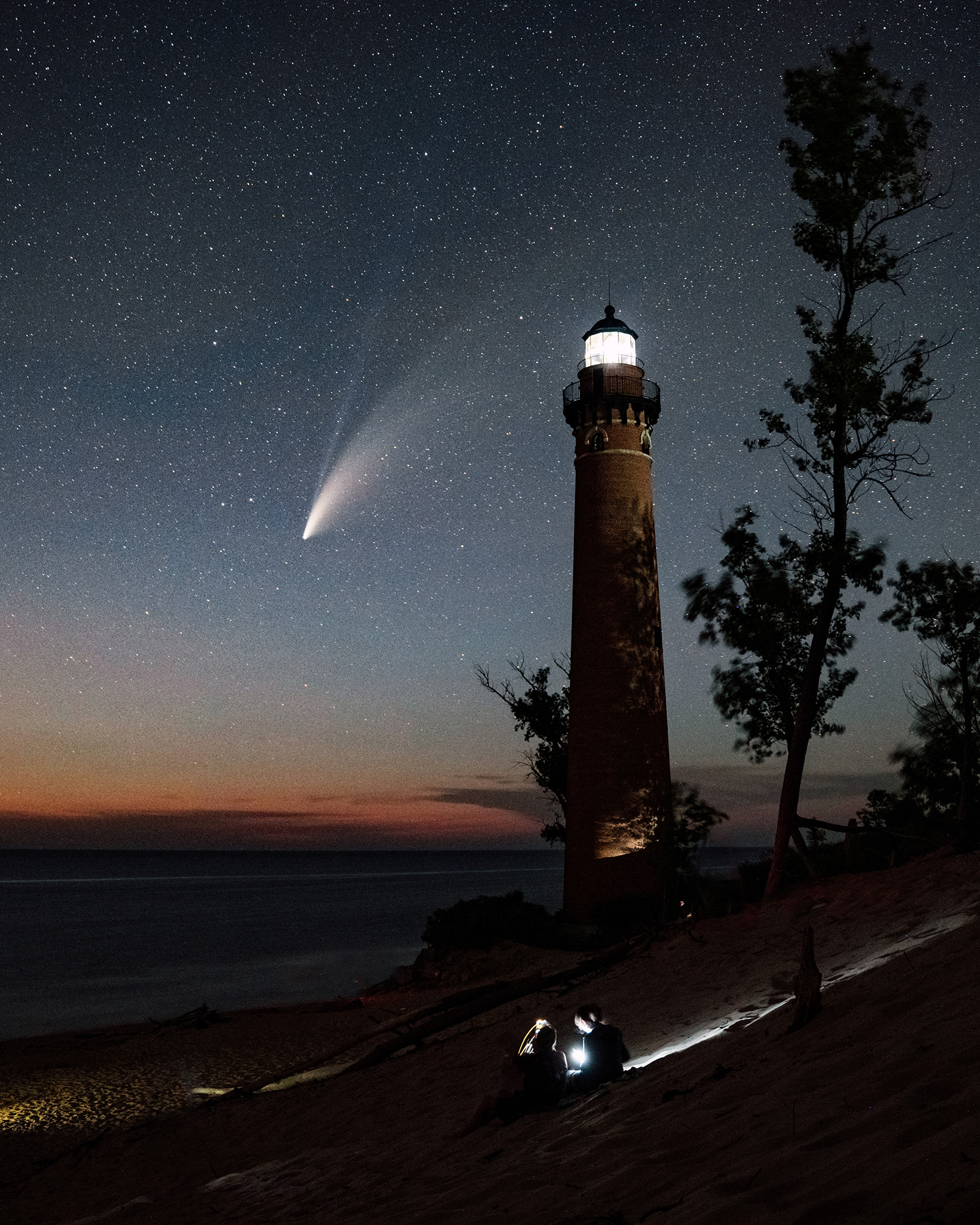 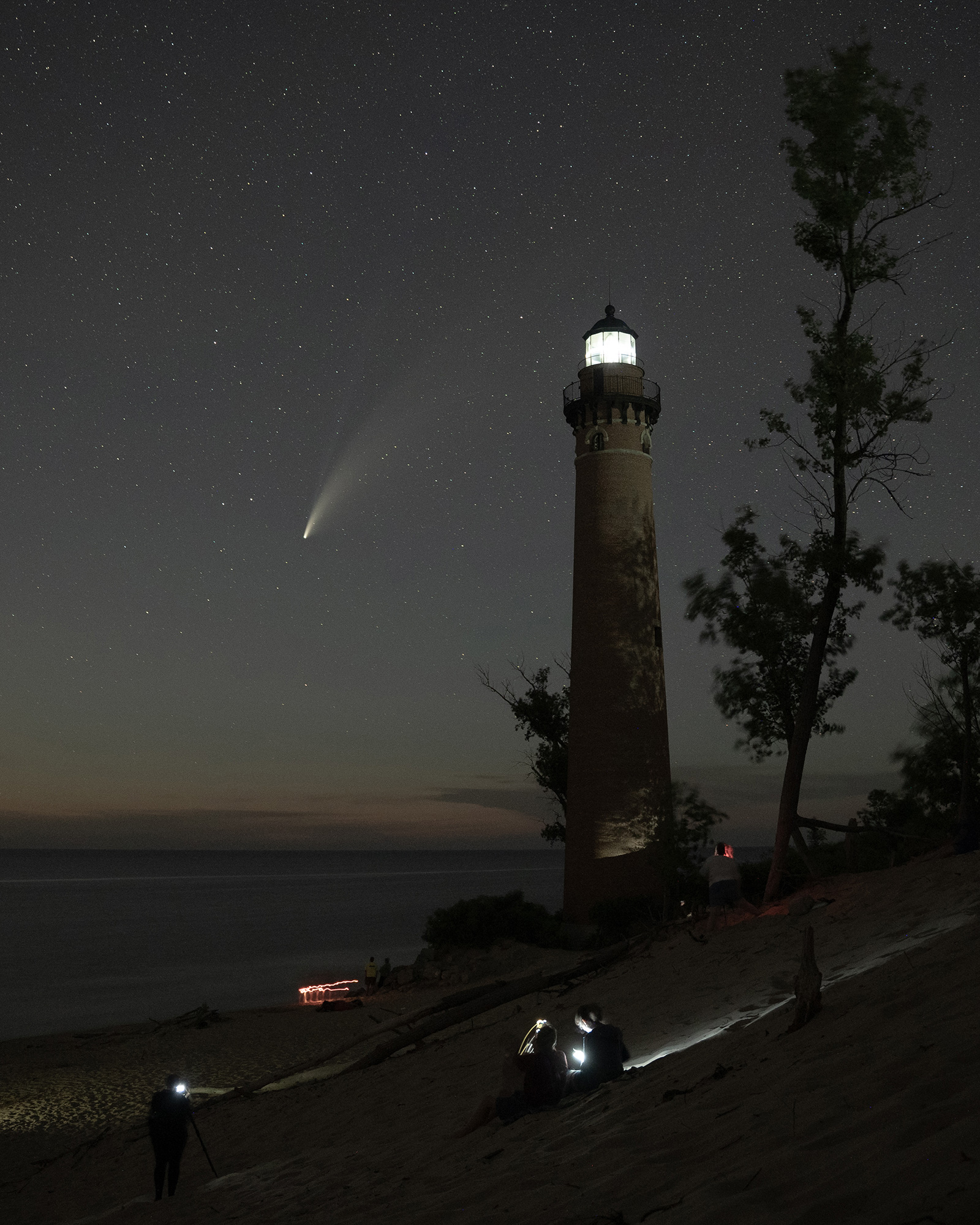 I think this debate largely comes down to two broad questions that have plagued the medium of photography since the beginning: are photographs art and, maybe more importantly, are photographs truthful, faithful representations of a scene? These topics are intensely fascinating to me and could lead me down a serious rabbit hole. I’ll refrain (for this post), but let’s at least look at the surface level of those questions as it relates to photography and social media.

The first question, whether photography is art, has been a near-constant debate in the art world. As with anything, context is key. In the right context, photographs are absolutely art, at least in my opinion. If we accept that photographs are indeed an art form (at least in the right context), then that should leave them open to creative changes and manipulations, i.e. editing. The issue with social media is that the context of images can be fluid and ambiguous, as the app itself is used for a wide variety of purposes. Both news agencies and artists and everything in between use Instagram to share material. This conglomeration of different uses within the same space can create confusion in regards to context and can lead to individuals being on different pages of what the correct interpretation may be.

The second question, if photographs are truthful, is also a frequently debated topic. Some believe that a camera is documenting whatever scene it is pointed to, making photographs inherently truthful. It is seen as an unambiguous act of documentation. However, this is not truly the case. Jörg M. Colburg said it well in an article in Conscientious Photography Magazine:

If a camera is a little machine that faithfully records what is in front of it and that displays just that, then obviously it’s the photographer who screws up if there is a problem. Now, a camera is not at all just some little machine that does that. It never faithfully records what was in front of it, and the many steps that lie between the pressing of the shutter’s button and the display of the resulting image (in whatever form) make the connection between reality and picture very, very difficult.

Photographs don’t lie. To say a photograph lies is to believe that there can be such a thing as an objectively truthful photograph. There can never be. All photographs present a truth: their makers’. The issue is not whether or not that truth has any relation to the Truth. The issue is, instead, what photographs tell us about our own truths, about those beliefs that we take for so granted, that we stick to so obsessively, weighing what we see.

Even the act of composing an image requires singling out certain things and excluding others. It is impossible to completely remove ourselves from photographs because of this. As a result, as Colburg says, it is impossible to have an “objectively truthful photograph.” In light of that, if we take things to the extreme, even unedited snapshots posted on social media could be considered misleading since they are only representing their maker’s truth and nothing more.

As mentioned briefly above, cameras can also fail to document a scene as we see it. Colors could be drastically different than real life if your white balance is off. To me, correcting that is not causing issues with how truthful an image is and could, in fact, be making an image more truthful instead. Focal lengths can also drastically change the way a scene appears in an image. If you use a telephoto instead of a wide angle or normal lens, the perspective and magnification of elements in the scene are going to be vastly different. So, is it misleading to use anything other than a normal lens to take images for the sake of social media then? I doubt that anyone would say this is the case.

Where Is the Line?

So, with all this other information in mind, let’s revisit the question at hand and the image that sparked it all. Drew was not manipulating a person (or dog) to look different than real life, so there is no risk of creating unrealistic beauty expectations. He wasn’t editing in landscape features that wouldn’t be found in that location, so there is no risk of tricking people to think that epic mountains are found in Michigan or anything along those lines. His edits adjusted colors and lighting, to, as he says, more accurately reflect how he remembers the scene. In fact, in the image in question (with the dog), things were set up with the final image already in mind, so all edits were to enhance the way he staged the scene.

If we examine the context of his images, they are not intended to be news images or anything such as that. So in my opinion, they can be seen more on the art side of photography, which allows for creative interpretation and manipulation in editing. I do not see where a line was crossed, or how these images would mislead anyone. The photographs are perhaps idealized images of the scene, which you could argue contributes to the “fakeness of the Instagram world,” though I hardly think it’s enough to make them toxic or anything remotely so negative. Our feeds, in general, are idealized versions of life, for the most part, simply because of what we choose to share. In my view, the photographer isn’t even obligated to explain what edits were done. In my opinion, photographs that are personal, or are taken for the sake of creativity or art, are fair game for manipulation, and an explanation of what has been done shouldn’t be expected.

And now, I pose the questions to you all: where is the line for image manipulation in regards to social media? Are only the most basic edits acceptable? Is any editing okay? And, is the photographer obligated to share what edits were done? Let me know in the comments!