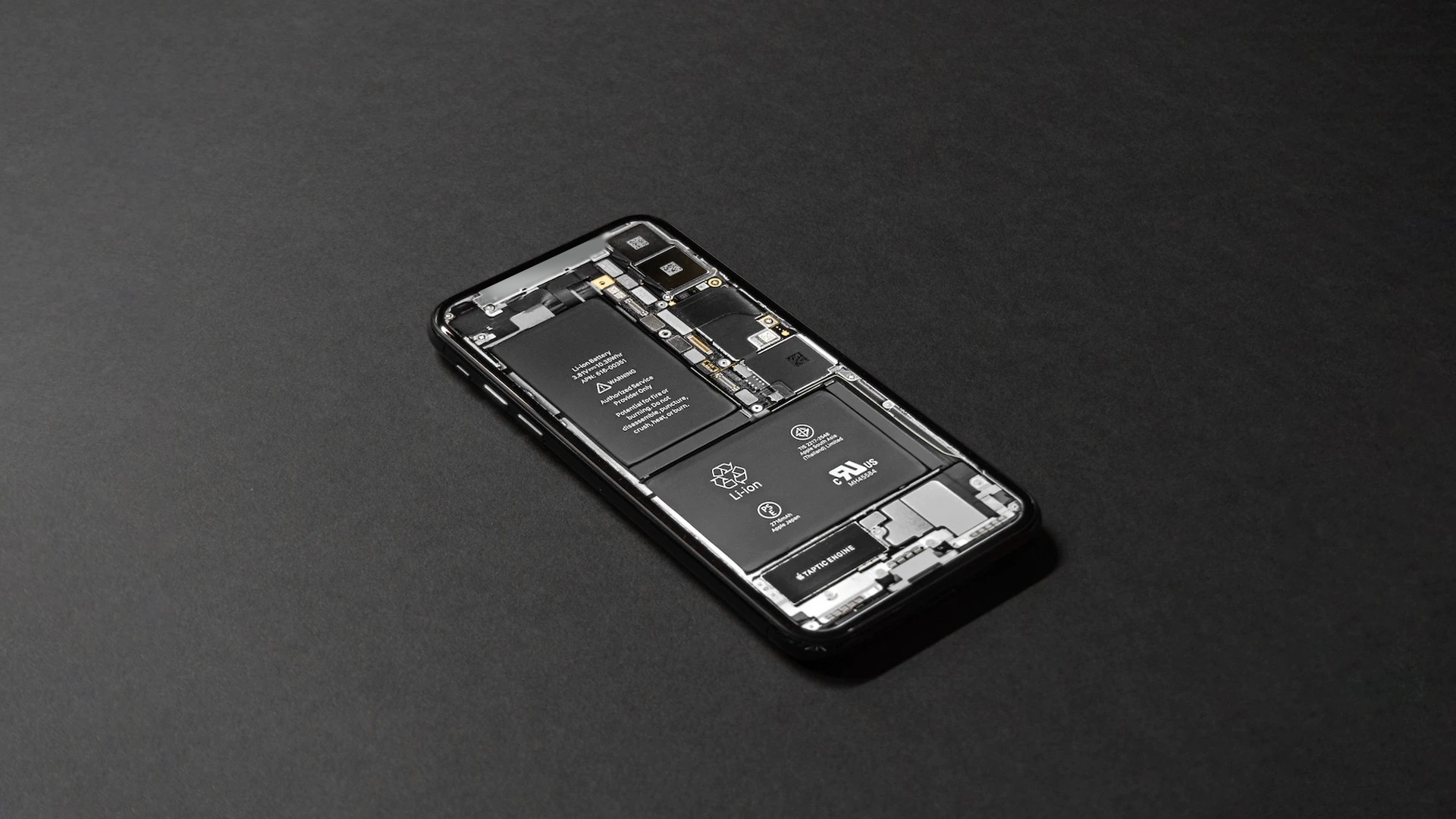 Whether it’s teardown videos or activism for accessibility to repair, iFixit is a hugely popular company for its support of consumers who are interested in self-service cell phone repair. This week, company specialists revealed tips for safely replacing a device’s battery🇧🇷

The battery is the component that poses the greatest risk during the maintenance of an electronic device because it stores toxic and heat-sensitive chemical elements, and if handled incorrectly, it can ignite and even cause explosions. Since it is a very common part to be replaced, tips are essential.

In the video above, the specialists — duly protected and instructed on the operation of each battery model — rehearse possible damage that can be caused to the component during its replacement, such that it can cause serious accidents. See below for recommendations when replacing the part.

It is important that the battery is less than 25% of its full charge to handle it. The more energy stored, the greater the risk of thermal runaway, a phenomenon characterized by the rapid heating of a cell due to the chemical reaction between the positive and negative electrodes, if they come into contact.

One factor that increases the risk is the flammable electrolyte used in lithium-ion batteries — currently the most widely used battery type in the electronics industry. These components withstand temperatures of up to around 60º C, and when their heat loss capacity is exceeded by generation, the device may burn.

In the iFixit video, one of the experts punctures an iPhone 12 Pro Max battery that is less than 25% charged, which is not enough to generate a very energetic reaction. Afterwards, a fully charged battery is drilled in which begins to swell and catch fire in a matter of seconds.

Do not use pointed or metallic tools 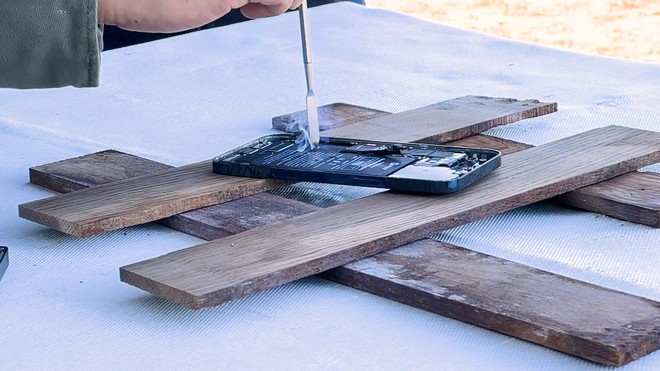 This recommendation leads to the second topic addressed by iFixit, which is the warning not to use sharp tools when handling the battery. This type of resource can cause perforations in the thin external layer of the battery and cause electrodes with different poles to come into contact, generating a short circuit in the component.

Metallic tools are especially not recommended by specialists, since they conduct energy and can cause injuries to whoever is handling them. 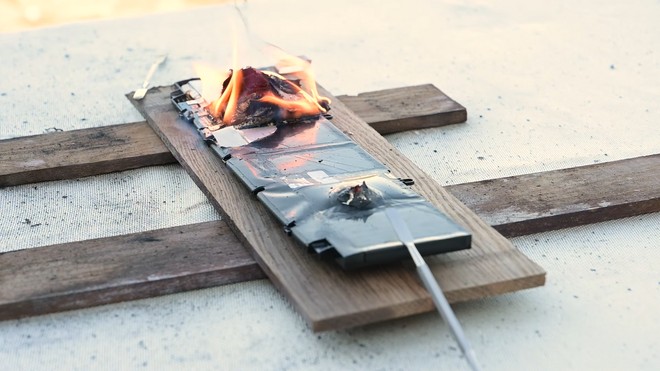 Batteries for notebooks and tablets are naturally larger than cell phone units, and even though they are made of the same material, the risks are greater. That’s because the Samsung Galaxy Tab S8’s large 8,000 mAh battery charged at 25%, for example, would be equivalent to a Galaxy S22 charged at approximately 50%.

With that, the recommendation is that larger batteries be discharged to 0%, preventing any risk to the individual handling it. It is a fact that discharging the entire component is detrimental to its lifespan, but as highlighted by iFixit, this rule only applies when the battery remains empty for extended periods of time.

Are you an expert on the subject? What security tips do you recommend? Comment below!

The Samsung Galaxy S22 is available at Submarino for BRL 2,999🇧🇷 The cost-benefit is Good and this is the best model in this price range. To see the other 177 offers click here.