How to see WiFi network passwords on iPhones with iOS 16

One of the improvements that iOS 16 brings is the possibility of easily and quickly knowing the password of a WiFi that you have access to with the iPhone. Doing this allows you to share the information with friends and family without having to go through stickers or handwritten notes. We tell you how to do this with the latest version of Apple’s operating system for its phones.

Undoubtedly, due to its usefulness, this is one of the additions that users will surely take advantage of. Obviously, there are other improvements in iOS 16, but the one we are talking about will surely become essential, as is already the case on Android. In addition, what has to be done is all official, so you can be calm about whether the operation is optimal or not. We already anticipate that everything goes smoothly.

The steps to view WiFi passwords on iPhone

Without further ado, we leave below the instructions that you must follow and, you should always bear in mind that this method only works if the operating system you have on the phone is iOS 16 or later. Also, everything is really intuitive how are you going to see: 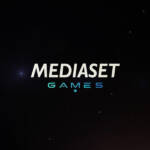 Mediaset Games, a new Spanish studio with titles in development for PS4 and PS5

The truth is that the process is quite easy now that iOS 16 has arrived on the iPhone (which is still in the testing phase, everything must be said). And, the truth is that this is a very useful function and that, surely, it is used many times.