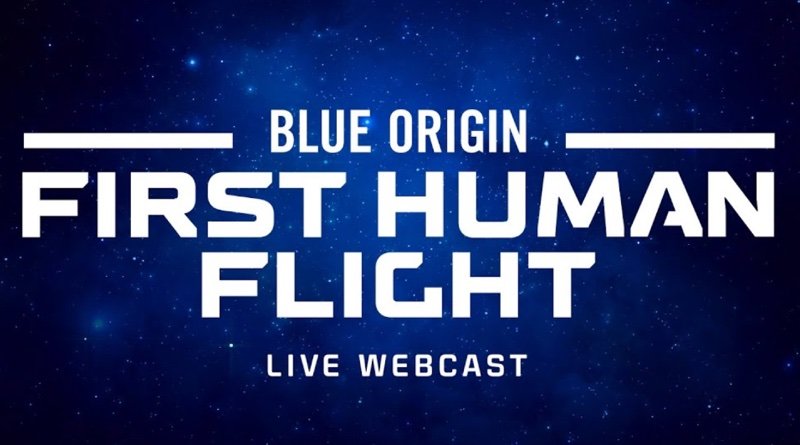 At 9 am Eastern United States time (3 pm Spanish time) it will begin jeff bezos space adventure, which can be followed in streaming from the website of Blue origin, the private space company founded by the also founder and until 15 days ago CEO of Amazon.

The first manned flight of Blue Origin takes as a crew the founder of the private space company, Jeff Bezos

Bezos has already advocated colonizing the Moon and for the moment he is doing his part with this Blue Origin’s first manned spaceflight. Together with Bezos, his brother Mark and two other crew members, respectively, the oldest and youngest who have never been in space, will travel to 100 km high: Wally Funk (82 years old) and Oliver Daemen (18 years old) . Funk was part of the pioneering Mercury female space exploration program, although she never made it into space. Daemen obtained his position as a gift from his father, Joes Daemen, founder and CEO of the Dutch investment company Somerset Capital Partners. A space passage whose price has not been revealed.

The whole event will be broadcast live by streaming from the Blue Origin website. Although the planned time for the launch of the rocket carrying the New Shepard manned capsule is 3 pm Spanish time, the transmission will begin 90 minutes earlier, accounting for the moments prior to launch, and concluding when the capsule returns to land. Later, and two hours after the launch, there will be a press conference of the protagonists of the historic flight.

The complete program planned for this launch is as follows, taking T as a reference for the time of launch:

-T-90 minutes: Start of streaming broadcast.
-T-45 minutes: Astronauts leave the Blue Origin training facility for the launch site.
-T-30 minutes: The astronauts ascend the launch tower until they reach the capsule.
-T-24 minutes: The hatch of the New Shepard capsule is closed.
-T0: Take off
-T + 3 minutes (approximately): The capsule exceeds 100 km in altitude, a distance widely recognized as the limit of outer space.
-T + 4 minutes (approximately): The capsule reaches the zenith of its trajectory and passengers enjoy a few minutes of weightlessness.
-T + 8 minutes: Ignition of the New Shepard landing rockets.
-T + 11 minutes: Landing, after deployment of the parachute assembly, of the New Shepard capsule.
-T + 22 minutes: Opening of the capsule hatch and disembarkation of the astronauts.
-T + 30 minutes: End of the streaming transmission.
-T + 2 hours (approximately): Start of the press conference of Jeff Bezos and the rest of the astronauts.