Google searches reflect the frequency with which people try to find a song they have heard on the radio or on television but do not know its name, well, in this situation that is so annoyingGoogle offers a number of tools to quickly find the song that has been searched by “heaven and earth”.

And it is that many years ago looking for a song whose name you did not know, turned out to be a tedious task, because you had to be attentive to the sound of it on the radio to record it on cassette and then ask a friend or family member if they knew its name. Name. However, technology has made finding that “catchy music” easier and faster.

Currently there is already a wide variety of digital tools that help users to identify a specific song of which nothing is known, not even the author; one of the most famous is Shazam but there are also the assistants of Amazon and Apple.

But one of the most useful tools for searching for music when you can’t even guess the name of the singer is Googleand it is only necessary to know a few simple steps for the search engine to find the song.

It is possible that this help offered by Google is known by many, but it also goes unnoticed by other users, it is about the function “Search for a song” that appears in the Google search engine when it is opened from the cell phone, and the best of all is that It is available for both Android and iOS. 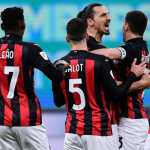 Therefore, it is not necessary to download applications or extensions, only the Google application that is already installed by default on most cell phones is enough, the steps are very simple.

And the thing about this Google feature, is that you can search for the song in the most comfortable way, for example, playing it, singing it, humming it or even whistling.

In addition, although the tool can be accessed by directly touching the microphone icon that appears on the right side of the direct access bar in the “home” of the cell phone, the option can also be activated with just a few voice patterns, which it is much better.

When you are listening to a song, you will only need to tell Google one of the following phrases;

– Ok Google: What song is playing?

These options can be synced with the Google Home Assistant toaccess this help from the loudspeakers in the house.

This Google tool has a high degree of detail since if the song is taken from the radio, television or a sound device, in less than two seconds it will already have identified the song. But if you sing or whistle it will take a few more seconds and will show a list with possible options of what you are looking for.

With this last search option, tapping on any of the suggested songs in the list will open the music video on YouTube and other sites to check out the song’s lyrics.