How to put the Dynamic Island function on your Android mobile

Much has been said about the new tool that the recently released iPhone 14 brings with it in its Pro and Pro Max version. It is called Dynamic Island or Dynamic Island and it is a function that will undoubtedly mark a before and after within what the iPhone is.

Exactly, this novelty is exclusive to the new Apple mobiles and the reality is that it has never been seen on Android devices, until now. Yes, today we can already find some alternatives for Android terminals, although via third parties.

Independent application developers have noticed the great impact that this new Dynamic Island tool has shown, in general terms. Thus, today we will be talking about DynamicSpota new app that seeks to simulate, in every sense of the word, Dynamic Island both in its appearance and in its functionality.

What is Dynamic Island and what is it for?

But before continuing to talk about the subject and fully enter DynamicSpot, what is Dynamic Island as such? Well, Dynamic Island has been a kind of notification/tool ​​bar that sits at the top of the screenjust where the well-known notch was located.

In fact, as such the function has been intelligently created to replace the notch and, instead, show this new pill-shaped bar that is camouflaged between the front sensors of the mobile and the camera itself.

Already in terms of operation and what it has to offer, we comment that in this pill all kinds of notifications will be displayed of messages, calls, payments, status of apps used in the background, among other things. 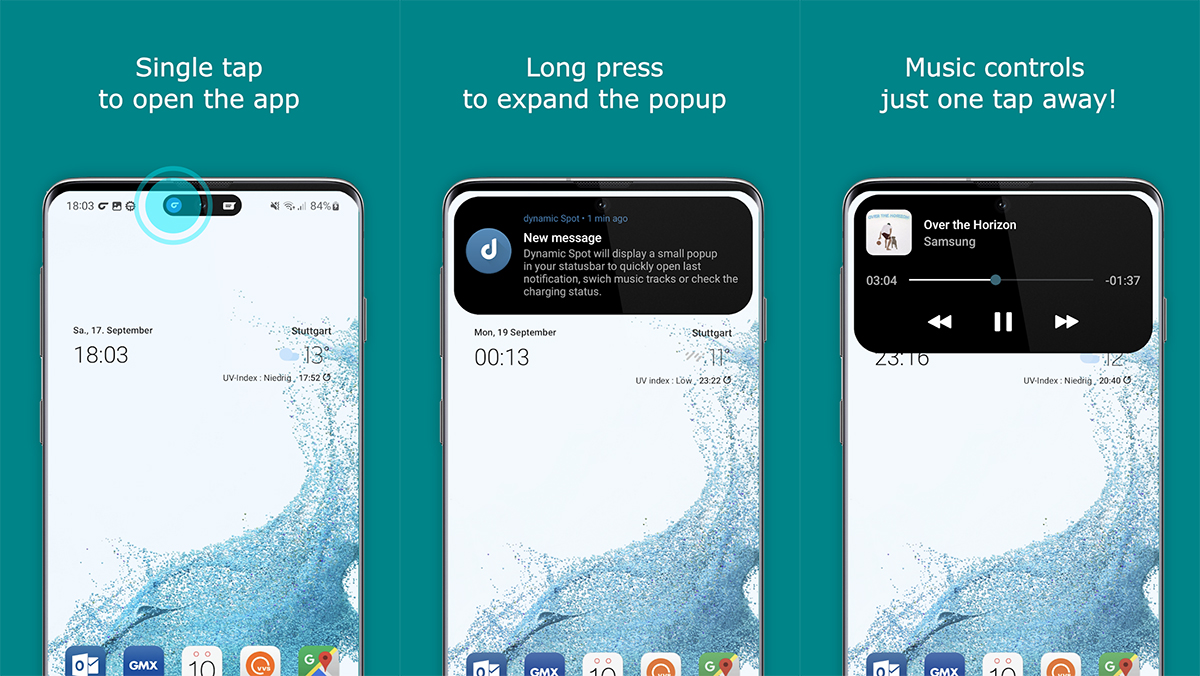 Fortunately for all concerned, this It has been emulated on Android mobiles through DynamicSpota free download application that will allow you to enjoy many of the features offered by Dynamic Island.

You only need to give certain accessibility permissions to your mobile so that it can workbut it is not something you should worry about, since its developers make it very clear that they do not collect data or share it with third parties.

Follow the steps that are shown to you within the application and activate your own Dynamic Island. Of course, you should keep in mind that there is a Pro version of 4.99 euros, which offers several additional functions so that it can be squeezed to the fullest. In general, it works, it’s similar to Dynamic Island, it has more than a million downloads on Google Play and it’s totally free, so nothing stops you from trying it out.