The videos published by TikTok users are not exactly characterized by their long duration – up to a minute – but for those who still prefer to watch them in less time, move towards the end of it or play a single fragment of said over and over again video there is already a possibility that allows advance (and rewind) your playback.

This will be especially useful now that the platform seems to be shortly going to allow the videos posted by its users to last up to three minutes.

To get through a video more quickly, just look at the faint presence of a white line that appears at the bottom of the videos, although the truth is that it does not appear in all of them but only in those that have a longer duration.

In the cases where this line appears, it will be possible to activate this function that allows advance (or rewind) video playback. For videos of a shorter duration, TikTok has not implemented this possibility, possibly due to its meager duration, which in many cases is only a few seconds.

Through that progress bar on playback the viewer can stop at a specific fragment of the video and thus play it over and over again, as well as being able to move back and forth within the video. However, at the moment it is a function that is gradually reaching users, so many may find that despite the long duration of a video, this playback progress bar still does not appear active. 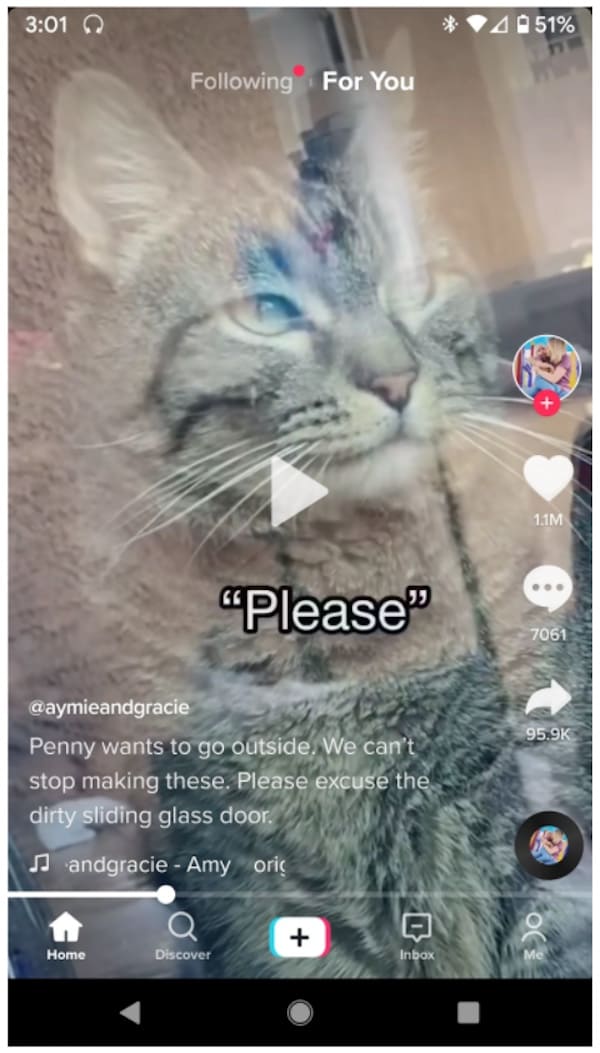 The progress bar acquires a more solid and less transparent white color to indicate the point of the video where the playback is located, marked with a white circle, which is the point from which the playback and its forward or backward control are controlled by pressing over it and moving it.