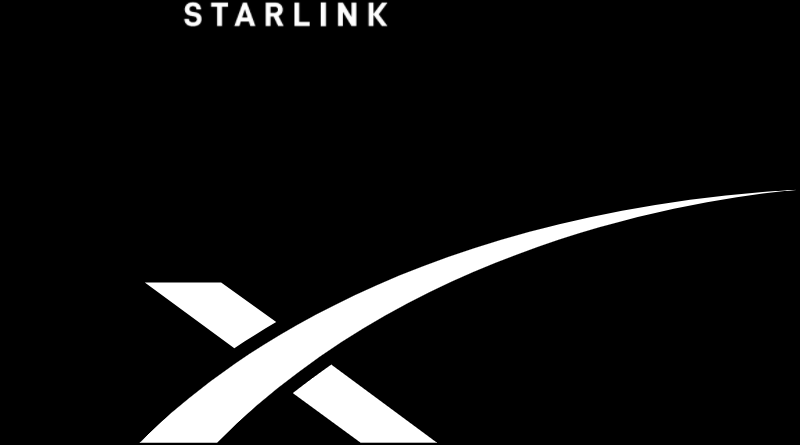 A web page, Find Starlink, allows you to locate the moment and the hour in which you can see the passage of the constellation of Starlink satellites, a phenomenon that has surprised many by its peculiar appearance: a row of lights that cross the night sky like a stellar procession.

The initiative comes from an anonymous person interested in astronomy who created the website in just three days. It all happened when two years ago, on May 24, 2019, the first launch of a constellation of Starlink took place, small satellites with which Internet access is offered throughout the planet, and with the naked eye you could see that row of lights crossing the night sky.

The creator of Find Starlink coordinated with his brother and a friend, all of them residing in different parts of the world, developing a simple tool that, after entering the location, calculates the moment (day and hour) and the necessary orientation to observe (if the weather does not prevent it) the transit of this mobile constellation in the form of a row of points of light that move through a segment of the sky. 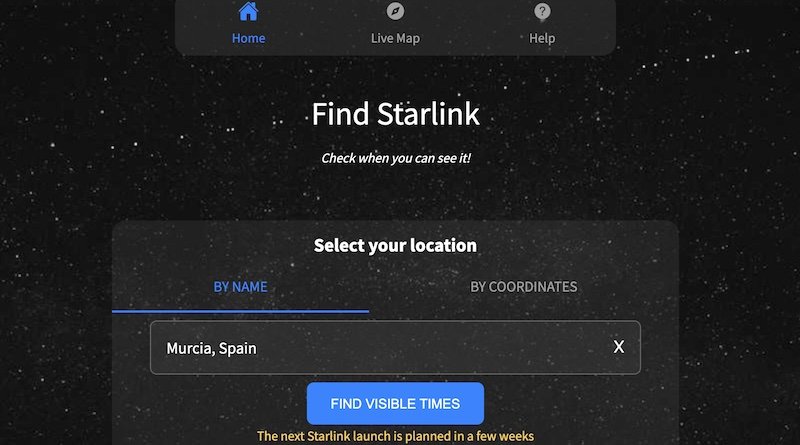 Find Starlink shows, in addition to the address in which to search satellite transit, the elevation, the arc and the duration of the moment of visibility, warning of possible variations in time and position due to unforeseen changes (by the authors of the website) in the trajectories of the satellites. The page advances the possible ideal moments with an advance of four or five days, but warning of potential changes due to the fact that from SpaceX the trajectories of the satellites are continuously corrected to carry out tests, place them in the appropriate orbit and begin to enter service.

It should be remembered that the phenomenon that produces the visibility of this constellation has to do with the reflection on a certain point of the earth’s surface of sunlight in the very structure of the nanosatellites. That reflection can offer a possibility to distinguish it that Find Starlink categorizes into three different levels (good, fair, bad) with which to offer a glimpse of what the experience of the sighting could be for the user. 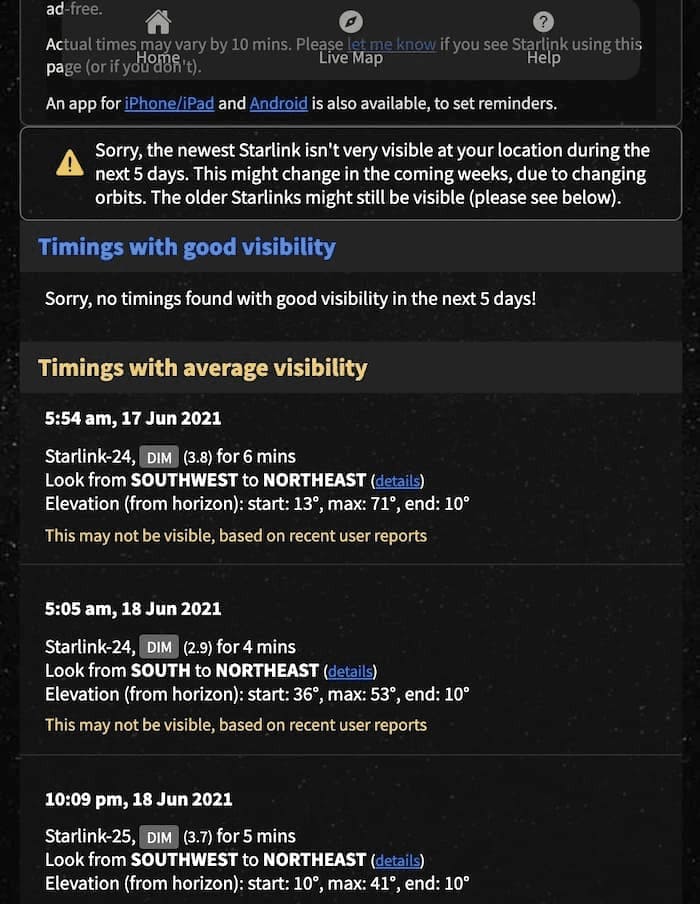 Just one night was enough to develop the website and in the following five days after its launch it had already added more than half a million visits, and now Apps are being developed for iOS and Android that, in addition to offering the previously described indications, will also allow the establishment of notifications and alarms that warn of the optimal moment to contemplate the passage of the satellites.

A free tool to edit and convert images to different formats