TechSmartHow smart tech is changing life
HomeMobileAndroidHow to connect to the mobile by ADB without cables and in...

How to connect to the mobile by ADB without cables and in a simple way, with a QR code or PIN

connecting to an Android mobile via ADB has advantages, since it is an advanced way of controlling the terminal and accessing options that are not possible from the system itself, such as uninstalling apps that come pre-installed. The usual way to connect via ADB is with a USB cable, although the latest versions of Android make it easier the wireless connectionover Wi-Fi.

If you have Android 11 or higher, you can connect to your mobile via ADB very easily, as long as you have the latest version of Android Studio, which is where the tool to connect was included easily with a QR code or a PIN code.

As we mentioned before, Android Studio Bumblebee is the first stable version of the official Android IDE that adds support for the easy wireless pairing, by QR code or numerical code. Similarly, you need to have Android 11 or higher on your mobile, otherwise you cannot read the QR code or generate the numerical codes.

To connect via ADB to your mobile wirelessly, you will need to carry out a series of tasks synchronously on the PC and on the mobile. On your PC, in Android Studio, you must open the device manager (Device Manager) and click on the Physical tab, to press Pair using Wi-Fi.

If you are curious to know what the QR code is, if you scan it with any other reader, it is a Wi-Fi connection profile created by Android Studio. However, you should not scan it from android developer tools. 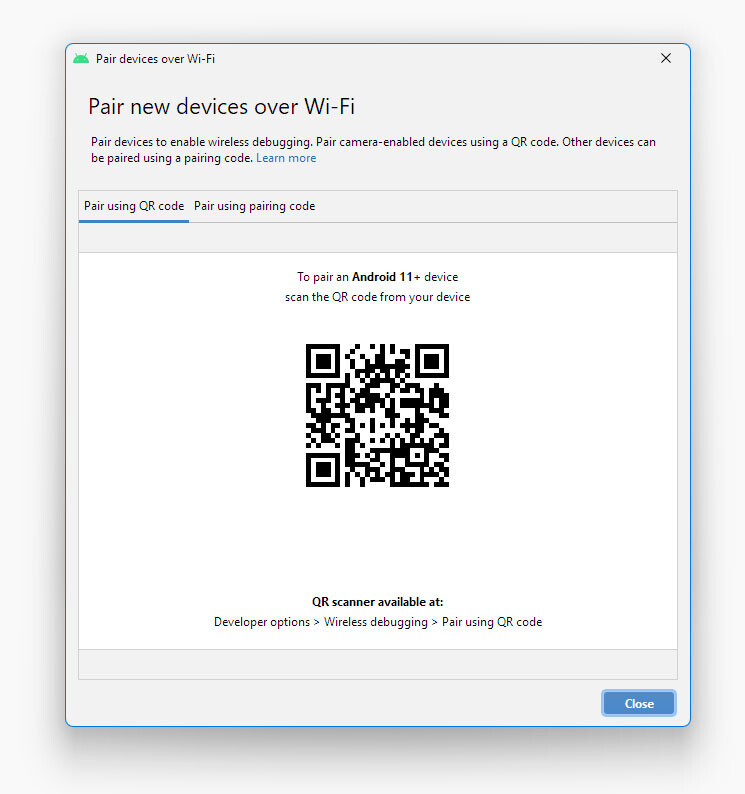 The next part of the process continues on mobile, where you obviously need to have developer options turned on. In them, tap on wireless debugging (USB debugging does not need to be active).

The first time you turn on wireless debugging, you’ll need to allow debugging to turn on over the Wi-Fi connection you’re using, and then you’ll have access to the two easy pairing options. To open the QR code scanner, tap Link device with QR code. 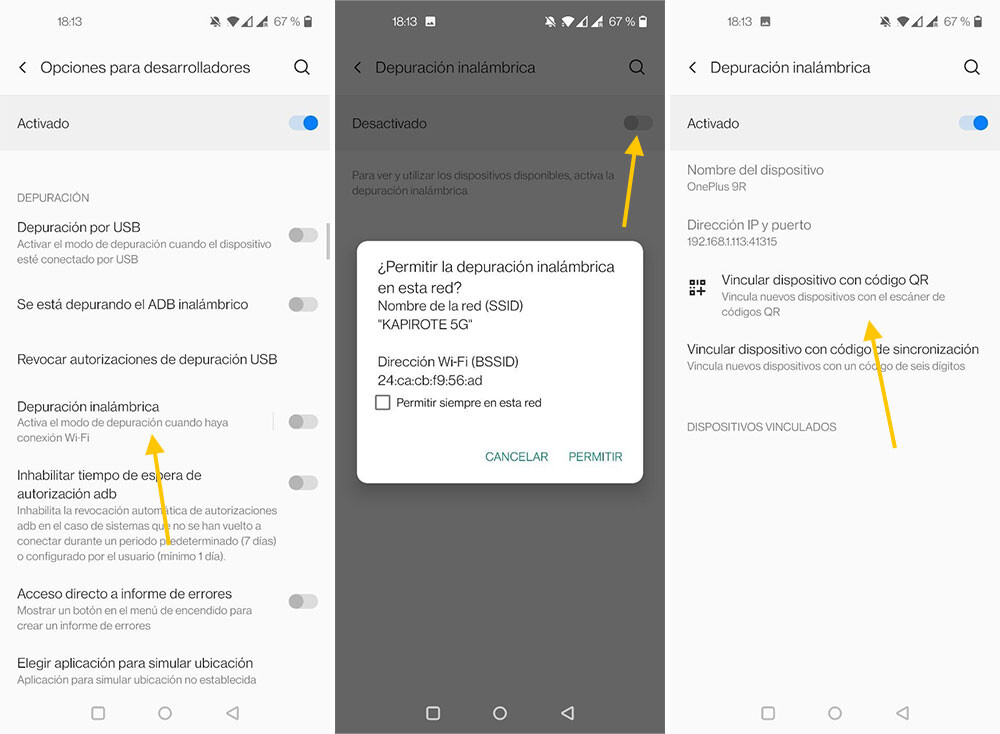 aim with mobile to the QR code displayed in Android Studioand the connection should be completed in a few seconds and without having to type a single command, just a couple of taps.

If for some reason QR code pairing is not working for you, you can also use a sync code. To do this, touch on the mobile in Link with sync code and leave it open: the next part of the process continues on the PC. 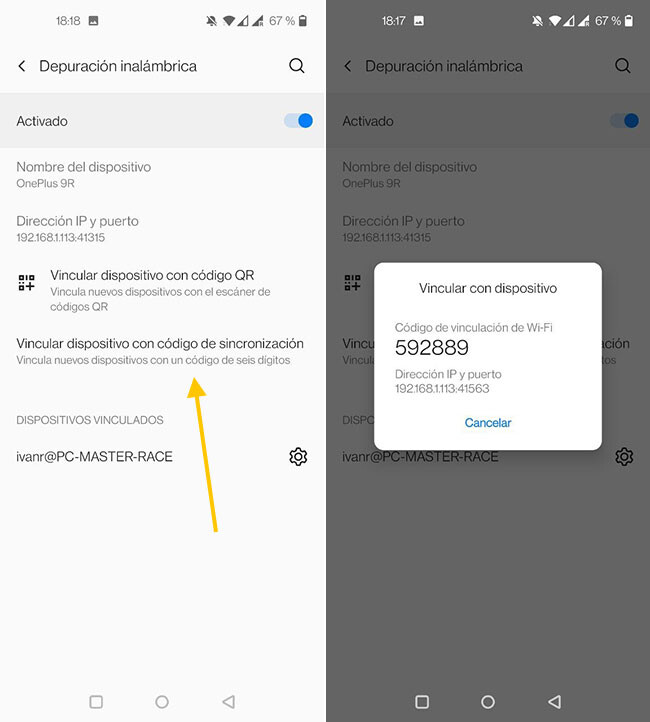 Back in Android Studio, click the tab Pair using pairing code and press the Pair button. This will open a window where you must enter the six digits shown in the link code, on the mobile. 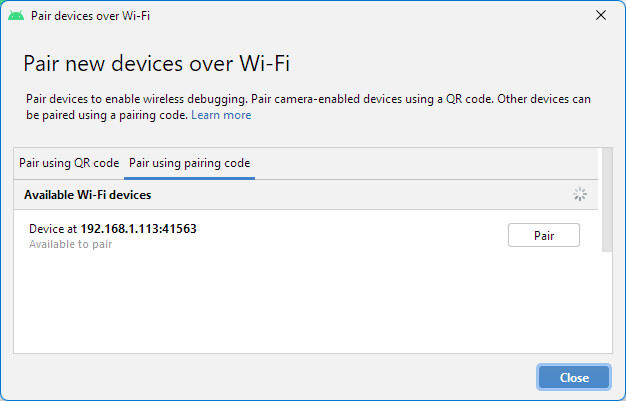 Then wireless ADB is ready

Once this is done, the mobile is now connected to your computer via ADB without cables. You can use ADB as usual, from the command line or, if you were already using Android Studio, you can access from the Terminal tab. 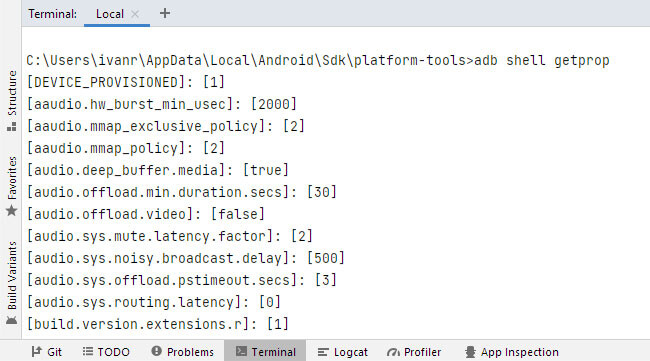 Note that the tab Terminal is equivalent to a normal command line, so you may need to go to the folder where the ADB binaries are (usually %LOCALAPPDATA%AndroidSDKplatform-tools), so that the system recognizes the command.