The netflix games are available for you to enjoy in the app whenever you want. You can even install them on your android mobile without any problem. The best of all is that they are constantly updating the catalogue, a few months ago they announced that they are preparing 50 titles for smartphones, and just a few days ago they added four new video games. Logically, it is possible to access these games from your phone, so you won’t depend on the app you have on your TV or computer.

Netflix games, despite not being the most cutting edge, offer several hours of fun, they are worth trying.

So, the point is that there are several titles that are on Netflix that you can have on your mobile without any problem. Best of all, they are included in the subscription at no additional cost, there are no ads or microtransactions. Here we will tell what you should do to get them easily and without complications.

The first thing you need to know is that your phone will need to have Android 8 or higher and an adequate amount of storage space. 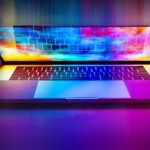 Huawei stands up to the MacBook with a good, nice and cheap laptop

– Download the Netflix app in the Google Play Store.

– Click on the “Games” tab at the bottom of the screen.

– Scroll and choose the title you want to play.

– At this point, select “Get Game” on the next page.

– Choose “Go to Play Store” in the pop-up window.

– Install the video game from the Play Store as you would any other application.

– If you want to see the video games you have downloaded, just go to the “Netflix Games” menu.

Finally, we must report that Netflix promised much more games for the future, this is because almost nobody uses the video games that they have enabled now. Some of the most anticipated are the following: 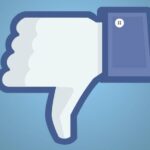