It is now possible to go to a pharmacy, buy an antigen test and discover in about 20 minutes, with a high hit rate, if we are infected. The Ministry of Health has today approved Royal Decree 588/2021 which regulates the sale of these tests in pharmacies.

They are not as reliable controls as a PCR, but these rapid tests are one more tool to try to control the pandemic. A tool that we can now buy in pharmacies without the need for a prescription.

LESS than 100 DAYS for GROUP IMMUNITY: Towards a FUTURE without PANDEMIC

What is an antigen test and what has been approved

As described by the Spanish Agency of Medicines: “antigen tests serve to detect an active infection, since they identify the presence of virus proteins. A positive result means that the virus is present and there is probably an ongoing infection. “

An antigen test is considered to be effective for the first 7 days after infection, since the viral load is at its highest point. The usual thing is that the antigen test that they sell us in the pharmacy is taking a nasal sample. 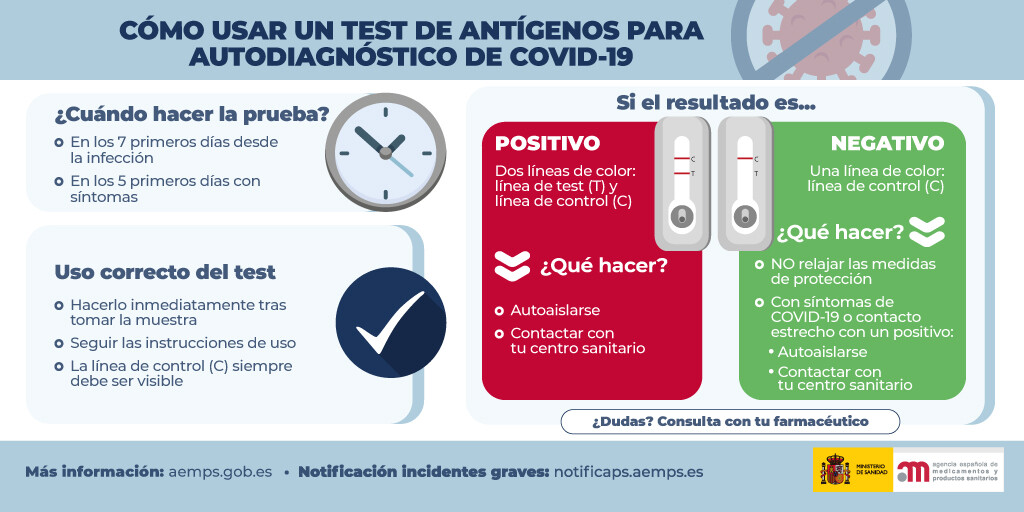 How effective are they? Each test has an efficiency ratio. The European Commission maintains a list of the main brands and recommends using tests with a minimum specificity of 97% and sensitivity of 90%.

This is due in part to the fact that the actual effectiveness of these antigen tests may be much less than advertised. According to a Cochrane study, the correctness figure could be around 72% in those infected with symptoms and 58% for those who are asymptomatic. These data are lower than those of other studies, but suggest that the reliability of these antigen tests is not strong enough.

Among the antigen tests marketed in Spain are multiple models, mainly produced in China and all of them with nasal sample. 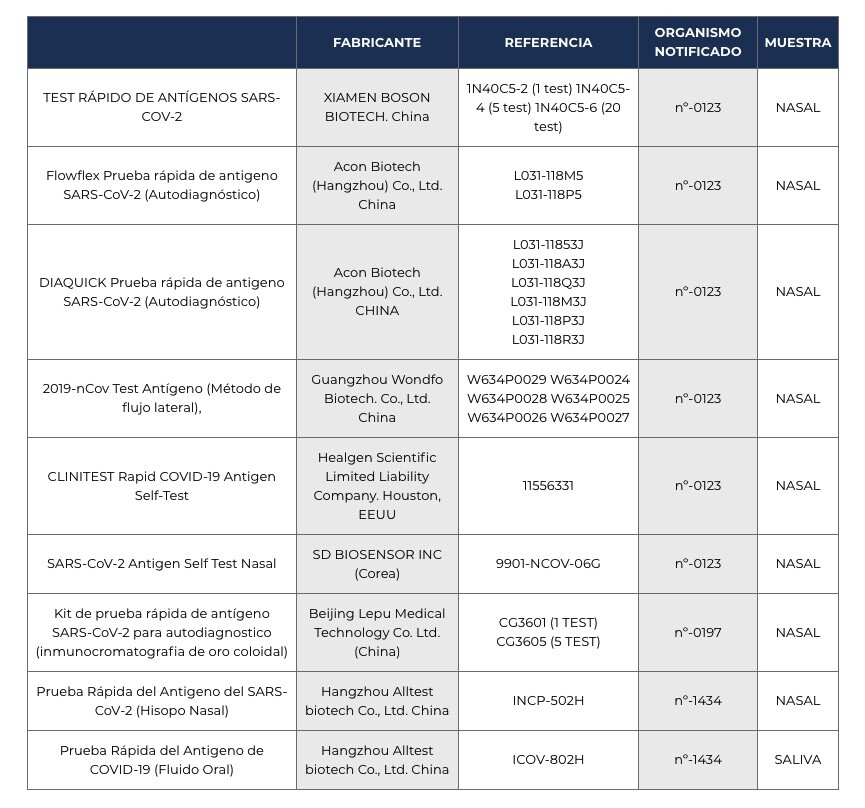 To date, a prescription was needed to get one of these tests at the pharmacy. But from now on, Royal Decree 1662/2000 on medical devices for “in vitro” diagnosis is modified, establishing that:

Additionally, the law establishes that advertising is prohibited intended for the audience of these self-diagnostic products.

With months of delay and without price regulation

The regulation of the sale of antigen tests in pharmacies is good news but it comes with months of delay compared to other European countries, who have had access to these tests for months and at a lower cost than that currently offered in many pharmacies in Spain.

In Germany rapid tests are necessary to enter some stores and this has led to them being offered free of charge in some centers. A situation that carries its risks, with lack of control and without ensuring its effectiveness. In the United Kingdom, free home tests were given to whoever requested it up to twice a week, but a low percentage of the population took advantage of it. 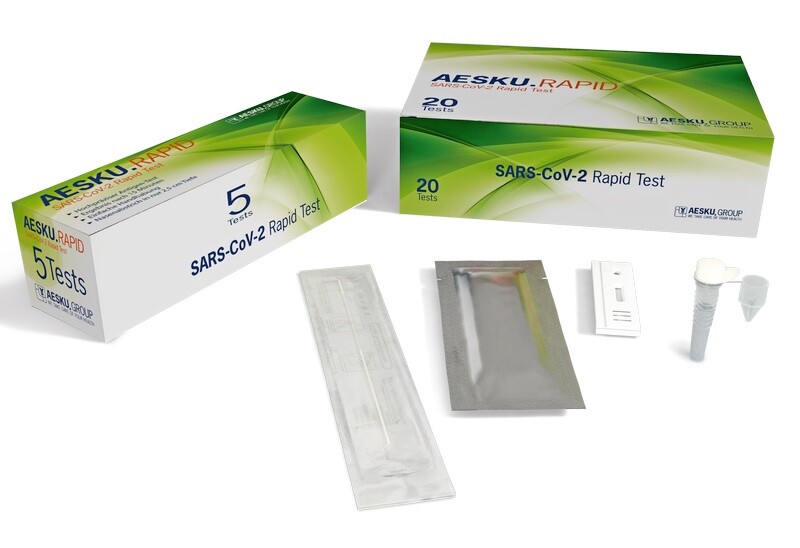 In Spain, antigen tests will be exempt from VAT and its average price will be between 3 and 7 euros, according to the Ministry of Health. It is a price similar to that of other countries, where it tends to be between 5 and 10 euros as in Portugal or Belgium or around 5 euros, as in Germany, where boxes of 5 tests are offered for about 25 euros, as is the case. case of the rapid test AESKU.RAPID, sold in Aldi.

For the moment the law does not regulate the price of these testsTherefore, it will be the manufacturers and pharmacies who will decide what price to apply to each of these tests.

Dopamine fasting: what the science says about this Silicon Valley fad that limits excess pleasure

From brain to text: this neuroprosthesis is able to read brain signals to transcribe what we want to say