Honor Magic Vs arrives on Wednesday (23) with new hinge technology

Honor is the next brand to bet more heavily on the folding market, announcing a cell phone of the genre next Wednesday (23). The Honor Magic Vs already had some details announced recently, such as support for the Stylus pen, and now it was the turn of the brand’s CEO, Zhao Ming, to try to raise expectations for the model with more teasers on the Weibo social network.

He promises that the phone will challenge industry standards, highlighting a hinge without mechanical hindrances, which will make the opening and closing experience lighter and smoother. The device will also support technologies like the Honor Health Display. 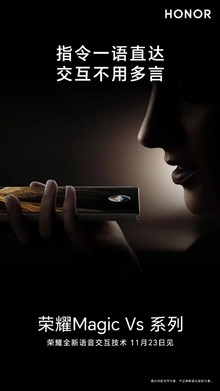 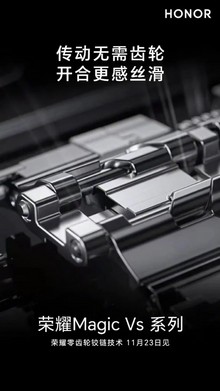 The overall design is similar to the previous generation — the Honor Magic V was released in January this year — with three vertically arranged rear cameras and a support stylus.

It is also speculated that the cell phone uses the Qualcomm Snapdragon 8 Plus processor, 2030mAh + 2870mAh batteries and 66W fast charging. The blogger explained that the new machine “upgraded a new hinge solution, and the cell phone structure was also optimized and slimmed down to achieve a thinner and lighter feel.”

Still on the 23rd, the Honor 80 series should be announced, which should have three devices in all.

The Honor Magic V is not yet available in Europeian stores. To be notified when it arrives click here.