Hokko Life comes out of a long period of early access with the intention of stimulating the creativity of the players. Will he have convinced us?

The Internet is literally full of memes about the wickedness of that evil capitalist raccoon that is Tom Nook, able to exploit the child labor of his two grandchildren without hesitation and to demonstrate an attachment to money so intense as to be almost surreal. Only that the Animal Crossing series is so much more: is a lively and dynamic community life simulator that has created wonderful situations of solidarity and mutual help between players, moreover sweetening for many – with its latest iteration, Animal Crossing: New Horizons – the difficult moments of the first pandemic lockdown .

Today, however, we are not talking about Animal Crossing (if you haven’t read it yet, here is our review of Animal Crossing: New Horizons). After over a year of early access, the community sim Hokko Life arrives at a definitive version on PC, Playstation and Xbox consoles, as well as on Nintendo Switch (the version we tested). If on the card the independent title of Team17 wants to offer a relaxing experience and give space to the creativity of the players, in practice we were faced with something very far from the intentions of the developers: we explain why in our review of Hokko Life.

Enough, I change my life!

Like many of his predecessors within this genre, the protagonist of Hokko Life also wants to give his life a new start. She gets off the train, she is in the village of Hokko, greeted by the bartender-elephant Oma and the shopkeeper-giraffe Moss. From here on, a whirlwind of events begins: we renovate an old shack to make it our home, we collect wood and rocks to build new structures with which to beautify the village, we explore the area to find mines, forests, beaches and ponds in which to dedicate ourselves to fishing. community sim fans. Too bad though that players have to deal with rather extravagant designs of the villagers – rather than creating a cute effect, sometimes reminiscent of the creepy animatronic dolls from Five Nights at Freddy’s – and with the fixedness of their facial expressions. It doesn’t go better with animationsand this also applies to the protagonist: interpenetrations and bizarre movements are on the agenda in Hokko Life, and for a title that has spent over a year in Early Access this is really weird. We also noticed a certain flatness in the colors of the game, which should express all the liveliness of a growing village; on the contrary, the grassy expanses, the beach and the other settings seem to be covered by a patina that gives them grayness and extinguishes all enthusiasm.

We talked about Tom Nook at the beginning of this review. Not surprisingly: if in Animal Crossing it happens often enough to feel exploited by the most famous raccoon in the history of video games, in Hokko Life this feeling is constant and affects all the villagers. It literally is impossible not to get annoyed after the umpteenth request of Ren to repair a chair in the space of a day, and moreover – once finished – to place it in the house in the place we prefer. There possibility of furnishing the homes of our compatriots It is certainly a welcome feature for control freaks, but it has an unpleasant side effect: it does not allow the pets’ personalities to emerge. In other words, every resident of Hokko will be the way we want ita blank sheet to write at will – as long as the player wants to satisfy their whims, collect a huge amount of wood and devote ourselves to DIY.

Sally’s workshop and the space for creating and modifying objects certainly offer creative stimuli, but a question soon arises: why am I doing all this? This question, at a certain point, becomes clear in the mind of any life sim player – yes, even the best exponents of the genre – but in the case of Hokko Life it takes a few hours to warn a sense of emptiness and rejection towards the inhabitants of Hokko. They don’t help menu interfaces (very inelegant) it’s a unfortunate system of cataloging animal species (mainly insects and fish) which can be found armed with a net and fishing rod. On a technical level, the shot that instantly puts our prey in our hand after capture creates an alienating and unsightly effect, which in no way encourages hunting wildlife. Better this way: the animals will sleep soundly, while we will be disturbed by the sudden changes of color of the inhabitants of Hokko during the dialogues …

The theme of jerky captures refers to the state, currently definable as disastrous, of the Hokko Life port for Nintendo Switch. Even in the early stages of the adventure – when the village is practically empty, with very few houses and even fewer inhabitants – we have had continuous experience of frame rate drops and stuttering which made our games difficult. Beyond that, one dramatic problem with the game is yours very frequent (and very long) uploads. You have to wait several seconds to enter homes and shops, as well as to pass from one part of the territory of Hokko Life to another. And the area is really fragmented: the shopping area is separated from that of the houses, which in turn is separated from the beach, and if you want to go from the bar to the mine – just to give an example – you will have to face four loads.

In other words, Hokko Life is slow, very slowand this also applies to the development of the town: it is true that the days of play are not the same as the real ones (so you can go to sleep often to move on to a new day and hope that something new will happen), but they are still it takes dozens and dozens of hours to unlock the most interesting game features and build a village more or less worthy of the name. If the quiet guitar chords that accompany the early stages of the adventure had given us hope for the Hokko Life soundtrack, we later remained disappointed by the music, rather lackluster and generally ineffective. An Italian translation is available, but the frequent lack of punctuation and the low quality of dialogue writing (not a fault of the translators) prevent empathy towards the inhabitants of Hokko. 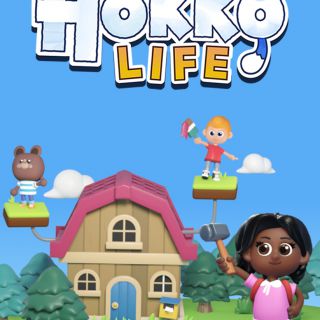 Hokko LifeNintendo Switch Analyzed VersionHokko Life arrives on Nintendo Switch in an unacceptable technical state, so much so that any possibility of feeling sympathy for the dishes of Hokko’s inhabitants and their stories fades regardless. It doesn’t help the low quality of writing and an experience structure that made us feel trapped in Hokko, and not in control of the adventure. Dragged into a whirlwind of assignments, wood gathering and unpleasant fishing sessions, we were not in any way fascinated by a life sim that promised a relaxing and creative experience, but which on balance cannot compete with the most famous exponents. like that, Animal Crossing and Stardew Valley above all.