Being one of the great surprises of the Xbox and Bethesda Games Showcase 2022 presentation event, and without a doubt one of the entire Summer Game Fest framework, Microsoft was proud to announce that Japanese creative hideo Kojima has partnered with Xbox Game Studios to work on a new title that, according to the producer’s own words, will be «something never seen before«.

Unfortunately details about this mysterious project have been scant to none, focused exclusively on the announcement of its future existence, thus leaving the door open to imagination and speculation. A secrecy such that it has not even come to specify at any time that it really is a game, simply specifying that it is still «it will take a while to see«.

What they have indicated is that this joint work between Kojima and Microsoft will allow this project harness the power of cloud technologysomething that seems to point to a very thoughtful experience for the streaming game and the Xbox Cloud platform.

And it is that without the former creator of the main titles of the classic Metal Gear Solid saga, and in charge of the recently released groundbreaking Death Stranding, without a doubt it is an addition of tremendous value to any line of development within the world of entertainment. In fact, it is almost a “logical” step given the declared ambitions that Kojima himself shared a few months ago, in which he claimed that he sought to take advantage of “new opportunities in the television and film space«. a premise in which they have insisted today from the study. 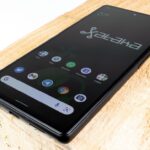 However, the Japanese producer has also wanted to clarify that this new alliance with Xbox does not carry any negative implication regarding your future collaboration with PlayStationwith which he assures he will continue to maintain his current relationship, with some titles such as the long-awaited sequel to Death Stranding.