Iran’s hardliners are feeling these days how weak their support among the population is. Those in power and their henchmen respond with violence against demonstrators and censorship against everyone. Whatsapp and Instagram have been blocked in Iran since Wednesday. 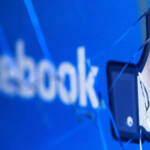 This is reported by the organization Netblocks, which uncovers Internet blocks. Instagram was the last major social network still functioning in the country. Twitter and Facebook have been banned in Iran for years.

The spark that sparked the current wave of protests is the death of a young woman in the custody of the vice squad. 22-year-old Mahsa Amini was arrested on September 13 because her headscarf had fallen out of place. According to the authorities, the young woman then suffered a fatal heart attack on September 16. According to independent reports, officers repeatedly banged the woman’s head bloody against immovable structures.

Women are fed up

Since then, Iranians have been protesting in numerous cities against the oppression in their own country. A sensational video shows some women burning their headscarves in public. There does not seem to be a central organization or leadership of the protests. The authorities are reacting harshly, several demonstrators have been killed.

As recently as Friday, September 16, Netblock registered partial internet restrictions in Iran. A third of all checked connections were missing. Users also reported significantly slower dart transmission where it still worked. According to the report, the Internet was completely switched off for several hours on Monday in Sanandaj, the capital of the Kurdish province of Kordestan. The government is threatening further Internet blocking. In 2019, the Iranian regime blocked the internet for a whole week during unrest over a hefty gas price hike.

Iran has had strict dress codes since the Islamic Revolution in 1979. In the metropolises and wealthier districts in particular, many women now see the rules as rather relaxed – to the annoyance of ultra-conservative politicians. The government under President Ebrahim Raisi and hardliners in parliament have been trying for months to enforce Islamic laws more strictly. The vice squad also enforces dress codes by force.

Even before the current protests, the regime began rolling out automatic facial recognition to force women and girls to wear hijab. Cameras, particularly on public transport, are said to be used to spy on those who dare not wear their hijab properly.