We played the final version of Grounded, exploring the colorful garden of the Microsoft exclusive in its entirety.

It was the distant July 2020 when Obsidian launched the embryonic version of his on the market Grounded (to learn more, here is our test of Grounded), born from the desire of a small group of developers to give shape to a survival game. Over the years, the game world, inspired by comedy “Honey, I shrunk the boys”, has continued to expand steadily through free updates, which have contributed not only to the increase in map size, but also to the addition of features that players are loudly requesting. After just over two years, the Obsidian title has transformed and is ready to debut in its final form: will the authors have managed to realize their dream? Let’s find out together.

Grounded’s narrative premise is very simple: a group of kids have mysteriously disappeared and the entire city is on their trail. Nobody knows that the group has never left and it was made smaller as a result of an experiment, thus finding himself wandering around the garden of the house of one of the members. As small as an ant, the quartet is therefore forced to investigate what happened in order to find a way to reverse the transformation, but the road to normality will all be uphill. 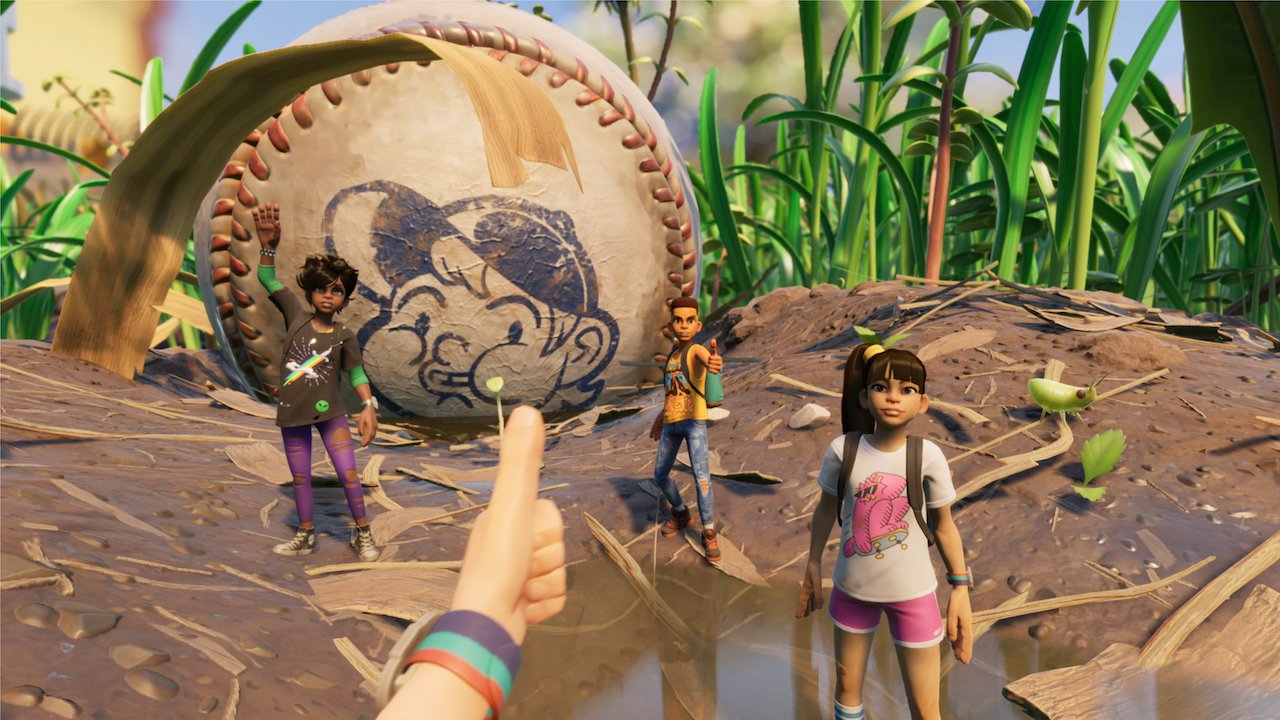 The Obsidian game is unique in its genre prospect from which you can observe small animals and common objects: a banal mosquito will seem like a dangerous flying monster from which to stay away, instead a candy box could turn into our new home. In short, everything is seen with a new eye, and this is precisely the strength of Grounded, which does not try to rewrite the rules of the genre and indeed accompanies its very peculiar setting a definitely classic survival game gameplay.

From the point of view of playful mechanics, Grounded does not differ that much from most of its colleagues, betting everything on the collection of resources to build weapons, armor, tools and buildings more and more robust, efficient and beautiful to look at. 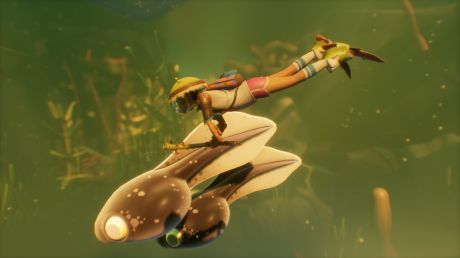 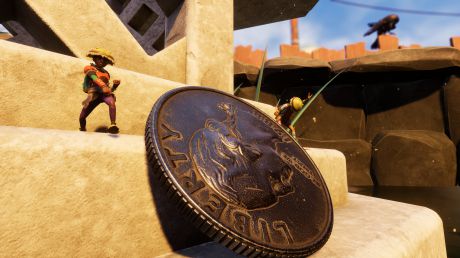 What convinced us in particular is the system based on knowledge of the player, or a mechanic that allows our young protagonist to analyze the objects found around, with the aim of discovering what their uses may be and therefore identifying new recipes for the crafting. Knowledge, which is measured in Science Points, it is also the useful currency to buy the most important projects, perhaps to erect reinforced barricades, and to build a forge or kitchen. Playing an important role in Grounded gameplay is the combat system which, while not particularly profound or rewarding, is nevertheless functional to the type of experience created by Obsidian. The garden that is the backdrop to the adventure is chock full of insects ready to party, and much of the time is spent eliminating threats or running away, since the most dangerous fauna needs the right paraphernalia. in order to be kept at bay. When things start to carburetor, a crafting system that closely resembles that of the Monster Hunteras our microscopic kids can recycle the parts of the eliminated ‘monsters’ to build a piece of equipment with a particular look, such as the samurai armor made from the corpses of red ants or the stiletto made from a mosquito.

This is one of the aspects that most struck us of the Obsidian production which, net of an aesthetic devoid of big flashes, offers a very creative and appropriate paraphernalia to the light-hearted tones of the setting.

What is most surprising about the gaming experience is its immediacy: the developers have not only created an interface and mechanics that appear simple and intuitive, but have combined them with initial tutorials that hit the target perfectly and allow the player to learn all the dynamics in a few minutes. At this point, however, we cannot fail to highlight one of the main shortcomings of Grounded, namely the main quest. In addition to being uninteresting, the story missions of this survival game seemed to us basically complex for what concerns the finding of the objectives. 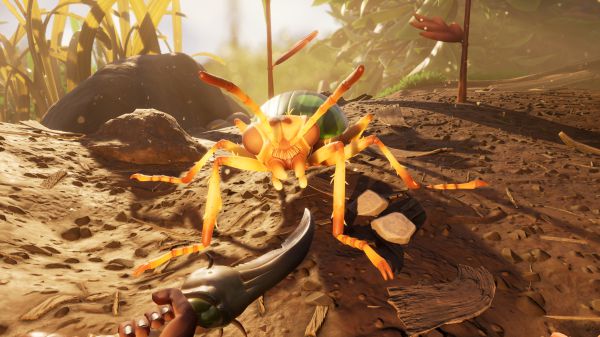 Let’s be clear, the writer of this review appreciates the absence of too many indicators on the screen that limit the player’s freedom of action, but in the case of Grounded there are some situations in which it is rather complicated to locate the final destination. The impression is that the developers have built the story of Grounded around its modularity: with each content update, users knew the area introduced and headed towards it to discover all the news.

Those who start playing from version 1.0, on the other hand, are catapulted into a world of considerable size (everything is available immediately) and without particular points of reference, with some quests that direct the player to areas of the map without sufficient indications. This is not a defect that would invalidate the experience, but it is clear that a certain type of user could have more than a few difficulties in the initial progression and decide to throw in the towel.

This would be a shame, since despite the lack of bite of the story, the quests that make it up allow you to explore the main places on the map and face dungeons full of spiders, dive into a pond or leave for one of the areas of the final version , or the Moldord Castleclearly inspired by the glorious Grayskull Castle and the toys sold at the turn of the 80s and 90s. 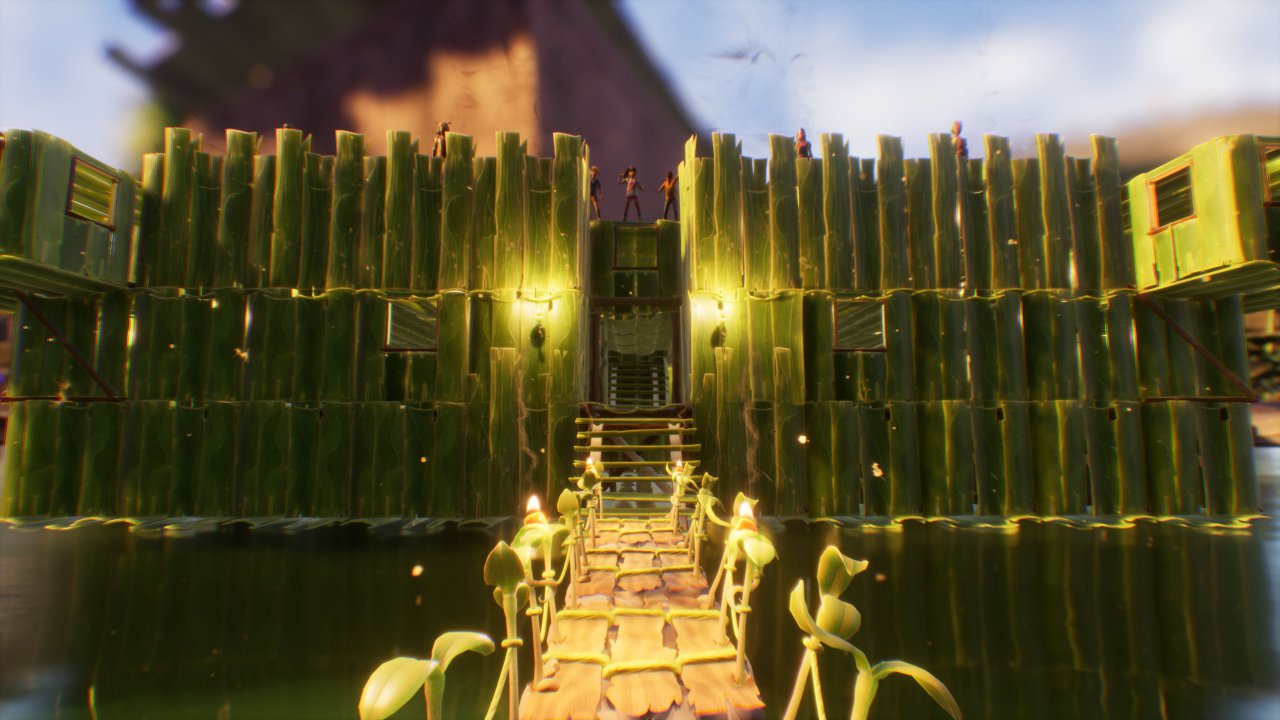 Overall, the garden is an environment characterized by an enormous variety of biomes in which it is possible to decide to settle in order to launch an operational base protected by fortifications. While lacking the proceduralitywhich inevitably impacts on longevity, the care with which the developers have reproduced every single element of the scenario can only be admirable.

Like any good survival game, Grounded can also be played in both single player and coop online. Unfortunately there is no avatar editor and the developers have decided to create four predefined characters. 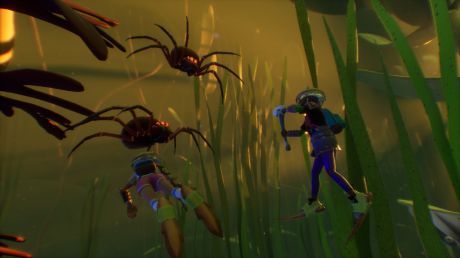 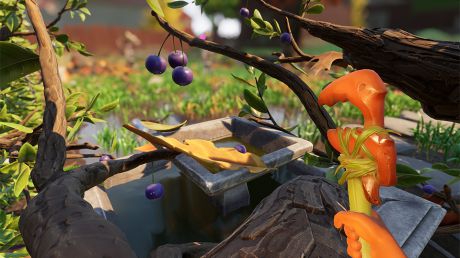 This is certainly not an impediment, and sharing the experience with other users is without a doubt the best way to enjoy the adventure. Regardless of the way it is played, Grounded is a product that also features a very high level of accessibility which really allows anyone to have fun. From the classic creative mode to the ability to make insects harmless (or make them disappear, so as not to make it a nightmare for arachnophobics), dozens of options have been implemented that can also be changed during the game. In this way, for example, it is possible to generate an environment without enemies and with infinite resources in which a child can indulge themselves without ever risking the game over. The same goes for the management of hunger and thirst which, while not overly intrusive, can be disabled with a simple click.

Not many, however, are the graphic options of the PC version, which does not allow you to carefully customize the visual rendering and offers few possibilities, among which we also find the very useful support for AMD FSR, fully functional even on GPUs of the Nvidia family. The lack of a wide range of graphic settings is probably linked to the not particularly advanced technical sector of the Obsidian title, which does not excel in any aspect. 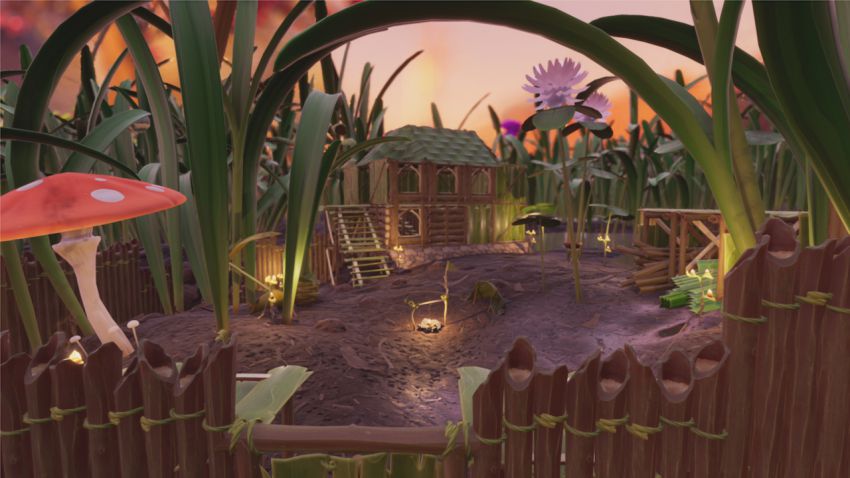 Grounded’s visual frame is simple but functional to the gaming experience: the models and scenarios are devoid of particular details and the animations are not surprising, especially when enabling the third person view (entirely optional). The same Artistic direction it only half convinced us, since the care taken in the construction of the equipment – really spot on – we did not find it in the rest of the production.