Google wants to strengthen incognito browsing in Chrome for Android

The compilation of Google Chrome for Android is starting to implement the feature of return to incognito mode browsing via fingerprint or authentication method being used to unlock the device. This is a bit close to what the company did in 2020 when it introduced “privacy screens” to some of its apps that required Touch ID or Face ID as an authentication method.

If we say that it has started to implement, it is because the user will most likely have to force the enabling the feature through the Flags section of the browser, through which it is possible to enable or force the activation of many features whose use is not recommended or are in development. To go directly to the one at hand, you have to enter the following in the address bar:

Once inside, you have to select Enabled in the corresponding section and restart the browser, although the application may need to be killed or completely closed for the desired effects to take effect.

Then the user only has to go to Settings > Privacy and security to get to “Block incognito tabs when I quit Chrome”, which is the activate option. After doing that, you might tap to restart the app again to see that when you try to go back to an incognito tab, you’ll be prompted to authenticate with either your fingerprint, the PIN set for the operating system, or your password pattern. He drew. 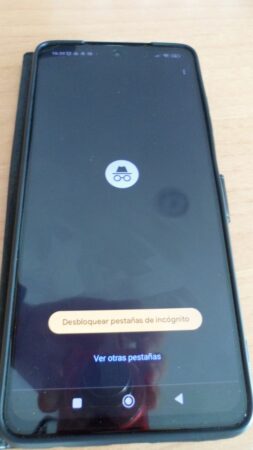 Authentication to retrieve incognito tabs may be officially rolled out via the Chrome stable channel shortly. It’s simply a small feature with which Google intends to strengthen the user’s privacy a little more, especially against crooks who take a smartphone or tablet without their permission, since it would be necessary to see how this feature works against remote threats.

Seeing Google’s apparent intentions to focus the feature on fingerprint authentication, we take this opportunity to remember that biometric authentication methods may not be as secure as they appear, especially the fingerprint itself, as it is a piece of data that one leaves imprinted with such precision. just touch the device.

Best webcam 2023: the top webcams you can buy right now

If you don’t already have a laptop with a built-in webcam — or the...