This afternoon, in a few hours, we have a presentation from Google. New Pixel phones that the leaks have taken away much of the intrigue offered by these acts. But not everything in Google revolves around the Pixel 6 and Pixel 6 Pro And so we have seen how the new weather widget begins to arrive or how improvements are coming for the Google translation system.

Google continues to bet on design change brought about by the arrival of Material You in many of your own applications. A redesign that will also come to Google Translate with a new function that is already visible in the latest version that can now be downloaded from the application store.

Translation history just a flick away 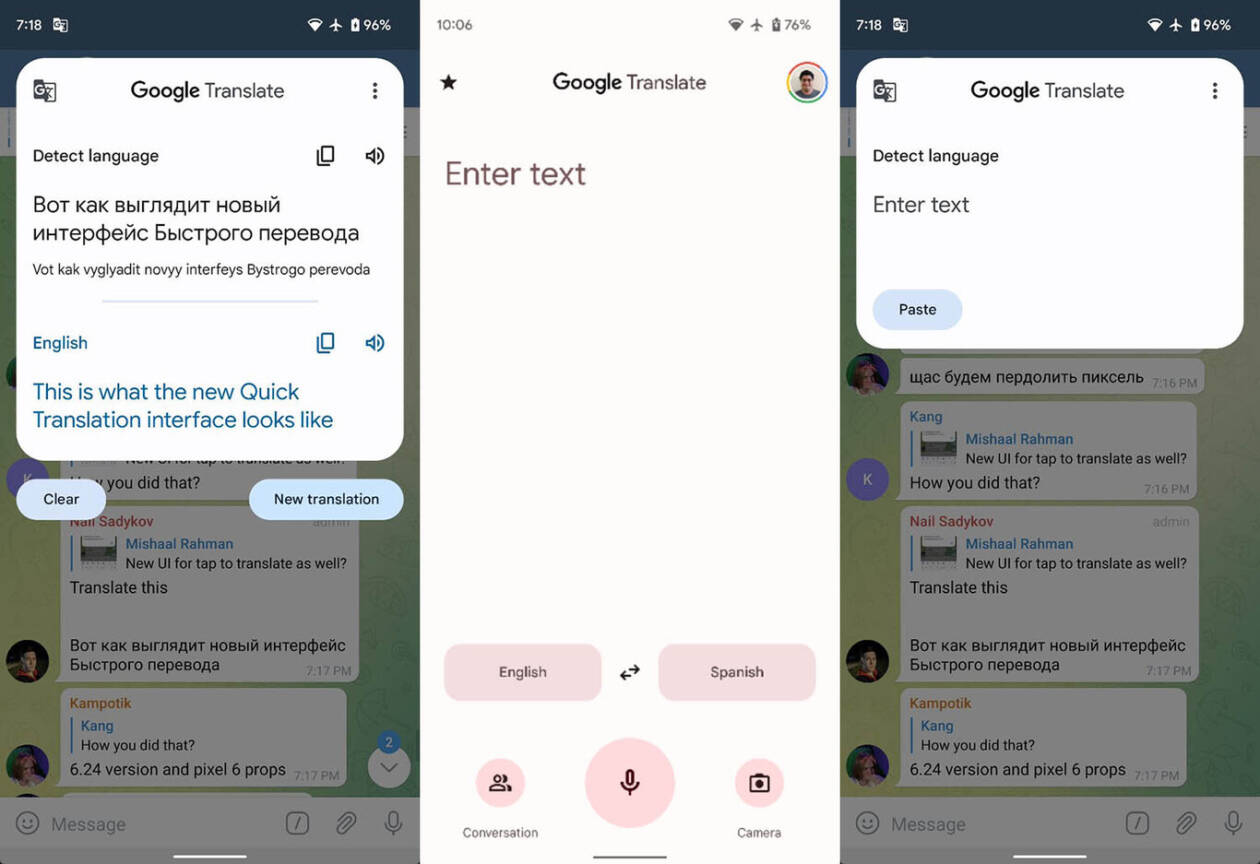 Changes that begin to be perceived in version 6.24 of Google Translate that is being implemented in the Play Store for some users and that includes a new gesture that allows access to the translation history quickly.

It was a month ago when, through an APK disassembly, the first sketches of changes that should reach Google Translate began to be seen. Material Design was beginning to give way to Material You.

Google Translate 6.24 is rolling out now, and it includes quick access to your translation history via a pull-down as well as completes the UI makeover by tweaking the phrasebook layout. https://t.co/HbqJ6nk6WP pic.twitter.com/pcTNIPC0eC

And it is that with version 6.24 of Google Translate Phrasebook layout is also modified. Changes echoed by the user @MishaalRahman on his Twitter account.

What’s more the “Tap to translate” function has received a new design. A new user interface with the floating window that now makes use of rounded corners and buttons located outside the window.

Version 6.24 of Google Translate is available for now only for a selected group of users and it may be one of the exclusive of which the new Pixel temporarily boast.