TechSmartAerezona Developers
HomeTech NewsSmart GadgetsGoogle Pixel 4a coming in late May? Latest news and price in...

Google Pixel 4a coming in late May? Latest news and price in Europe

Google’s midrange will arrive in the second half of May. Here are all the rumours leaked in the past few hours on the next “pure Google”

Google Pixel 4a It has been one of the most talked-about smartphones in the past few weeks, however, Google has yet to officially reveal anything about the new “pure” midrange. On the other side of the fence, however, Apple has announced its direct competitor, iPhone SE, a smartphone that is likely to trigger a huge commercial success despite some at least questionable choices. Now the spotlight is all on Google, with the market awaiting its move. 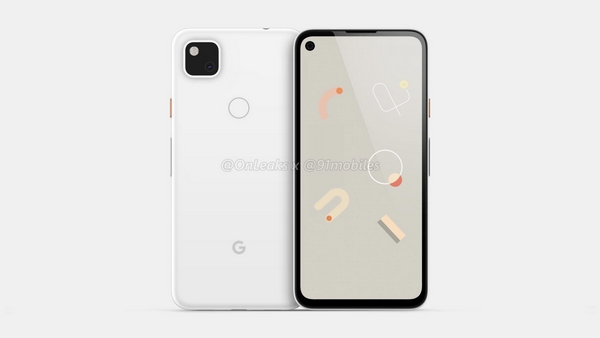 According to a new rumour from Germany, however, Google Pixel 4a it could be a little longer. The smartphone could arrive on the market no earlier than May 22, according to at least information from Vodafone, one of the operators active in the German country. The price could be € 399 in Germany, therefore more palatable than Apple’s consideration.

The source revealed that the release date May 22 has been identified in internal documents by Vodafone, however, neither Google nor the telephone operator has made official statements on the matter. The leaked news is usually to be taken with the pliers. However, May is the month when something new is expected from Google on the hardware side, with the next flagships that will arrive a few months later.

Many rumours have leaked about the smartphone: Google Pixel 4a should adopt a 5.81-inch OLED screen with 1080×2340 resolution, a 3.080 mAh battery with 18 W charging via cable, a 12 MP rear camera with OIS and an 8 MP front camera with 84 ° field of view hidden in a hole in the display. Under the body, however, we should find a mid-range Qualcomm Snapdragon 730 processor, probably more than enough to optimally manage the stock version of Android, the flagship of the Pixel family smartphones.