TechSmartAerezona Developers
HomeTech GiantsGoogleGoogle Messages is ready to show iPhone reactions: so you can activate...

Google Messages is ready to show iPhone reactions: so you can activate them

The default application on Android for sending and receiving SMS has introduced a bridge with the app that performs the same task on the iPhone: Google Messages already shows iMessage reactions in the latest beta that is already in the Play Store. The setting is workingit may take a while for Emojis to appear in messages.

Between iOS and Android users there are many similarities and also notable differences. For example, most popular apps are cross-platform, so we can communicate with each other regardless of the device. Now, there are two messaging protocols that are at odds: iMessage on iPhones and RCS on Androids. Google has diluted one of the pitfalls.

Both Google Messages and iPhone iMessage work in a very similar way: the app determines if the people to whom they will send the messages have a compatible mobile. If they coincide, the communication is sent through the platform itself. (RCS on Android and iMessage on iPhone); otherwise what is sent is an SMS text message.

Apple introduced in iMessage the reactions or “Tapbacks” to the messages of its application so express emotions without having to write them down. The problem comes when people with iPhone and Android communicate: those reactions are not seen on Android, instead an explanatory text appears (and quite annoying). Up to now.

As discovered by 9to5Google, and verified by us, the latest beta of Google Messages is ready to show the reactions applied by iPhone users to SMS received from Android. The app’s advanced settings hide the “Show iPhone reactions as emoji” connector. It should be enabled by default, but it’s worth checking: 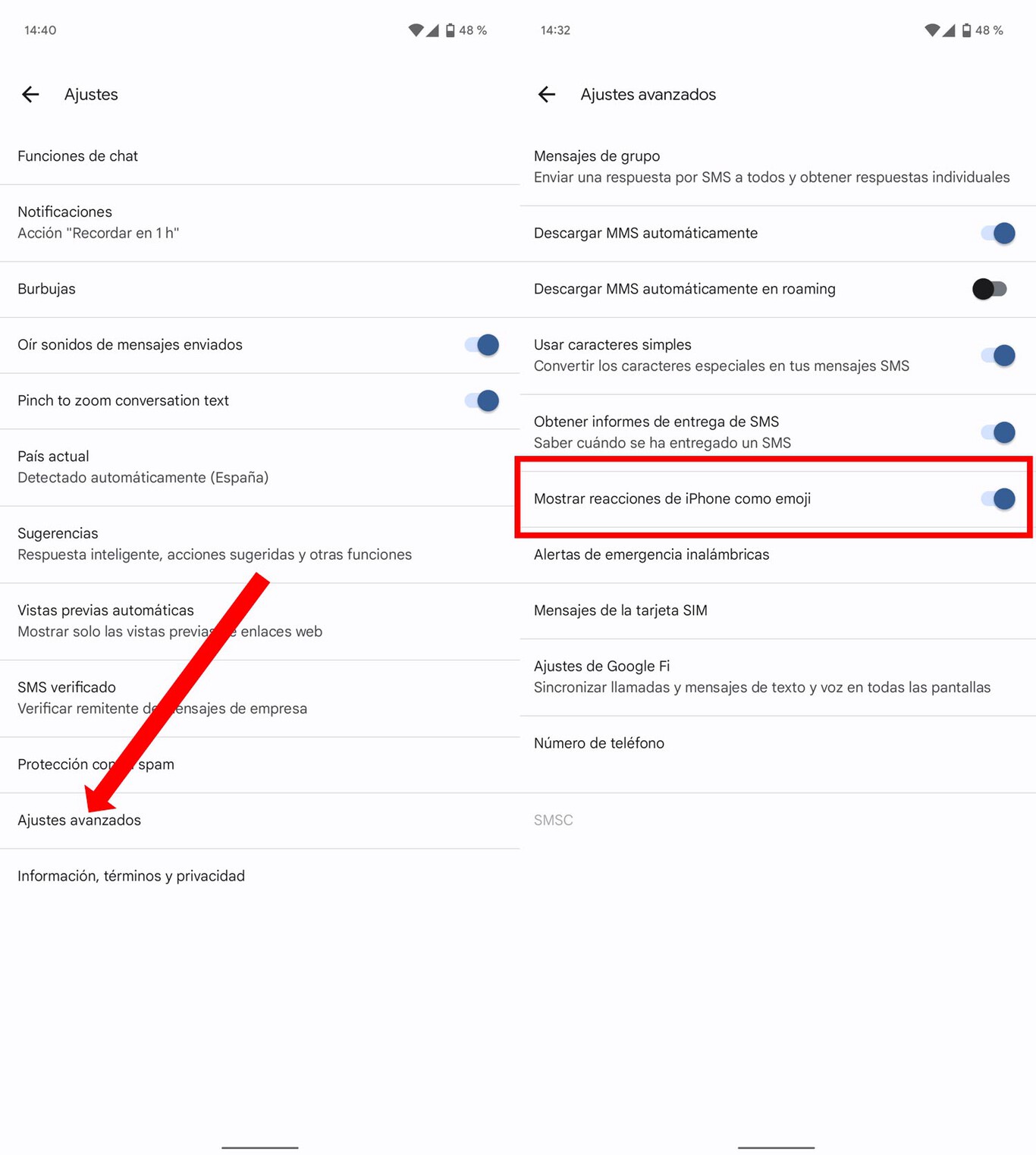 In principle, your Android should be prepared to place an identifying Emoji depending on how iPhone users react to the SMS sent. For our tests, it all depends on whether google has expanded the feature to the accounteven if the “Show iPhone reactions as emoji” connector is turned on.

Google’s approach to Apple’s iMessage facilitates communication between Android and iPhone users: It is very annoying to receive a certain message “You find it funny” instead of the text directly integrating the Emoji. Of course, it is not reciprocal: Google has not included any way to react to SMS sent from an iPhone. At least for now.