The Google Keep and Maps applications are again compatible with the operating system created for Wear OS 2 smart watches. had suffered from an outage at the end of November and now they are back.

Apparently, it was a temporary outage and the apps were re-included in the list of apps compatible with Wear OS 2. Google did not inform what would have motivated the removal of the software and only announced the return of applications.

“Google Keep and Maps for Wear OS 2 devices were temporarily removed from the Play Store last week. Google engineers have restored their availability on the Play Store,” the company said in a note sent to the Android Authority website.

For the past few days, users searching for Google Keep in the Play Store on a Wear OS 2 device couldn’t find it, and the same was true for Google Maps. It later became known that the apps were removed from the Wear OS 2 compatibility list.

Also recently, Google Keep and Maps for Wear OS underwent a redesign with the aim of implementing the Material You design, which has become Google’s default style in its applications and systems for mobile devices.

Google Keep is no longer available for Wear OS 2 smartwatches

Google Keep is no longer available for Wear OS 2 smartwatches. Currently, searching for the app in the Play Store from the wearable doesn’t even show results. From the visit to the Play Store listing and compatibility with active devices, a statement indicates that the app no ​​longer works on the device with that system — but those who already have Keep downloaded will continue to be able to use it, only without having new updates.

On a Pixel Watch, for example, version 5.22.452.00.97 has Android 11 and higher listed as a requirement. By all indications, this WearOS 2 support must have been lost after the rework of the You material, which modernized everything and apparently removed the yellow accent color present in most of the previous interface, in addition to standardizing all items in a pill format . 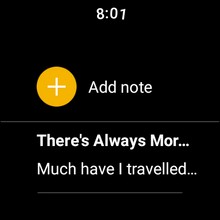 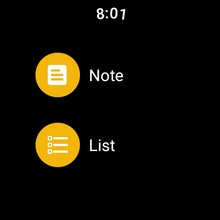 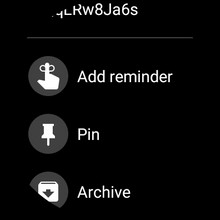 Screenshot shows that Google Keep lost the yellow color in the interface and all the resources are in pill format (Image: 9to5Google/Reproduction)

The application for creating notes and reminders will be greatly missed by the thousands of users who have WearOS 2 and cannot update it to the new system. So far, the apps that are still available for the system are: Google, Gboard, Fit, Wallet, Messages, Camera, Clock, Wear OS by Google Smartwatch and YouTube Music.

Do you use Google Keep on your device? Do you like the experience with the app? Leave your comment!