google Duo has already taken another step in its reception of the Google Meet heritage with the new app update for both iOS and Android, update in which has been incorporated, in addition to video callsa new logo.

This is how the transition announced in June by Alphabet (Google’s parent company) advances to unify both platforms so that in the end there is a single application that brings together video call and video conferencing services. Nowadays Google Duo users can now make video callsapply effects and filters, send messages to your contacts as well as ask Google’s smart assistant to start a call.

When the transition process is complete, Duo will be renamed Meet and will incorporate other functions such as those related to scheduling, creating and joining meetings, automatically adding subtitles to chats, applying virtual backgrounds in meetings, noise cancellation or the possibility of holding video conferences with up to a hundred participants without time limitation. 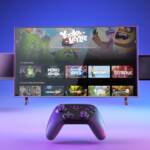 Amazon Luna to debut for Prime members on June 21

The Google Duo logo has also changed, which is now that of Google Meet, the silhouette of a video camera with the different corporate colors of Google (yellow, blue, red and green) on a white background. Later it will be when the current Google Duo will be renamed Google Meet, having already concentrated the combined benefits of both platforms.