The 2020 Tokyo Olympics are just around the corner and, although the cancellation rumors are still there, there is a place where you can enjoy them yes or yes, in the google chrome dinosaur minigame.

Google has added a funny easter egg in this minigame whereby instead of jumping cactus non-stop, the most famous jumping dinosaur of all time dares with various Olympic disciplines: horse riding, hurdles or gymnastics.

Go for the gold with Dino Run

Dino Run is the minigame that appears in Google Chrome when you run out of internet connection, although you can open it anytime you get bored typing chrome://dino in the address bar of Google Chrome.

Traditionally, Dino Run has been a very simple game in which the objective is to jump over obstacles – cacti, mainly – precisely and with increasing difficulty. On the occasion of the Olympics, the minigame adds new Olympic disciplines in your arsenal. It all starts with collecting the Olympic torch. 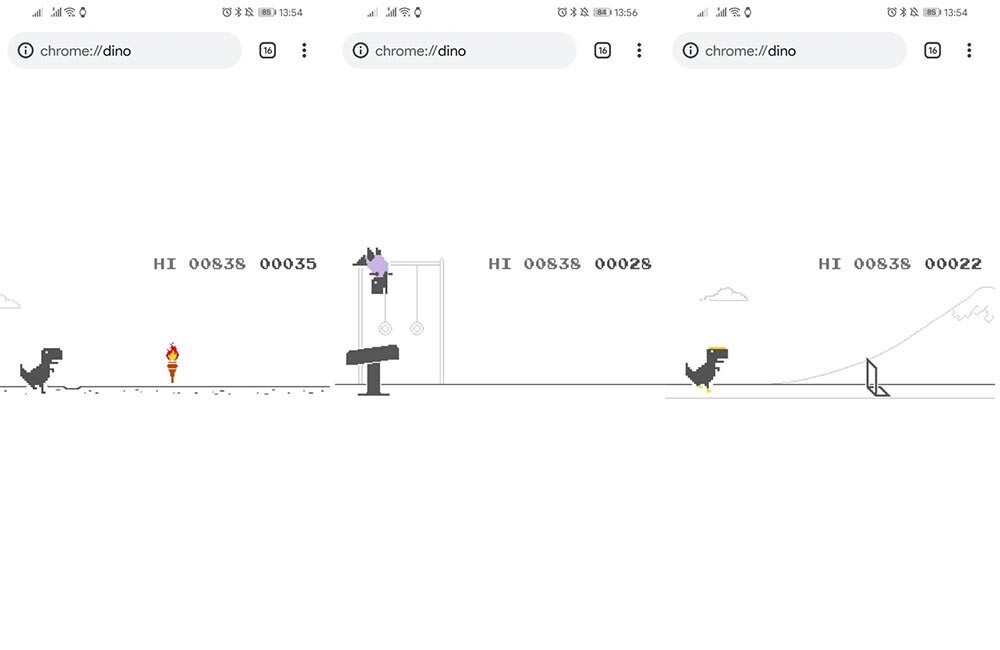 If instead of jumping on the torch, you walk on it, a version of the minigame based on some Olympic sport will start: artistic gymnastics, horse riding, steeplechase, surfing. Each of these sports changes the background, the dinosaur and what you have to jump, in some cases with slight also in the game mechanics, although not much. If you want to change sport, you need to refresh the page and pick up the torch again: the choice is random:

Whatever sport our dinosaur faces, the goal will be the same as always: jump over obstacles to reach the highest possible score. The more obstacles high, more speed increases. The minigame is available in both Google Chrome for mobile and PC.

Minigames in Android Auto: Google tries to bring ‘GameSnacks’ games to the car

How to deactivate the Assistant driving mode in Google Maps