As you probably already know, Google Habgouts is retired and its replacement is none other than Google Chat, a service that is practically the same in form, but not in substance. but are you ready Google Chat as a Hangouts replacement As far as features and functions are concerned? Little by little, it is.

Thus, Google Chat will receive an update in the coming days with things that are still missing and are not mere details. Specific, Google Chat will allow the sending of multiple photos and videos. Indeed, the Internet giant’s messaging service, now integrated into Google Workspace as a universal solution, although supported by Google Meet for video conferencing, still lacks functions as basic as that.

The lack will be covered shortly, yes, and with the update that is already underway and is expected to have reached all Google users in the next couple of weeks, it will be possible to send up to 20 photos and videos at a time with Google Chat. It is still far from those that offer other alternatives, even those better positioned than Google Chat, but the improvement will be remarkable. 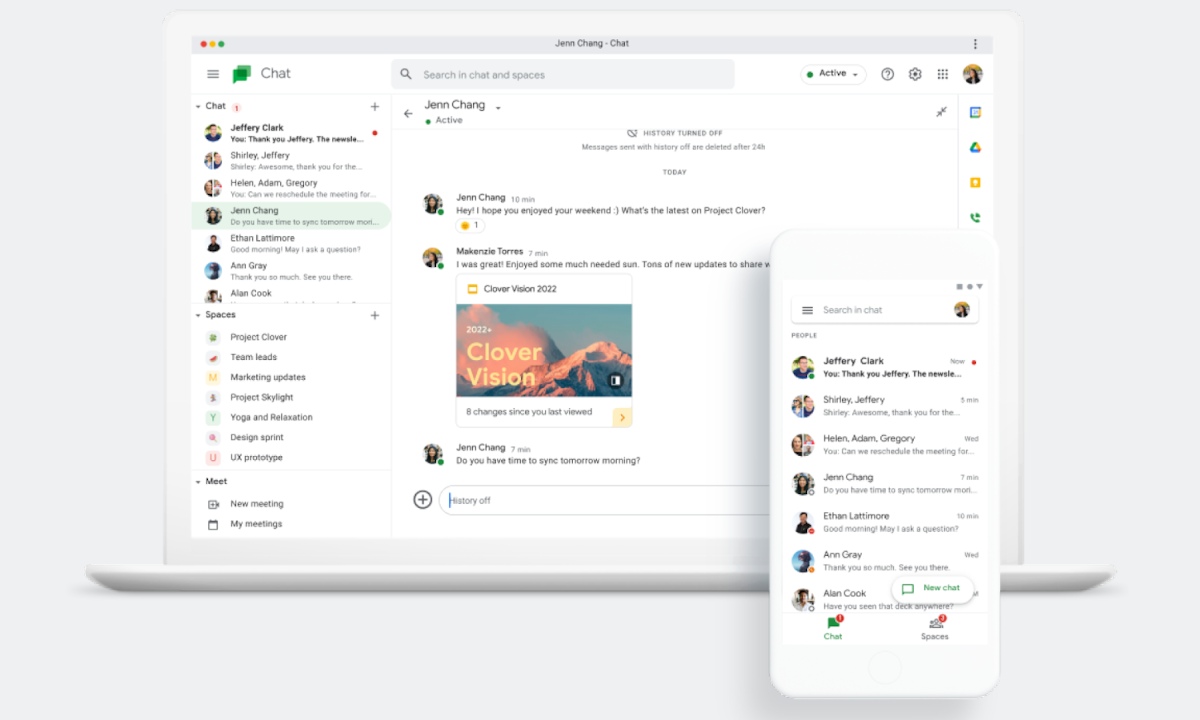 According to 9to5Google, however, the update in question will not be reduced to expanding the limit of multimedia content that can be sent in a single message. It will also bring support for «smart answers» so, in the style of Gmail, you can reply to messages with predefined words and phrases with a single click -or a tap, if you are using Google Chat in the mobile application.

Smart Reply support now spans more languages ​​than English, and yes, Spanish is among them. French and Portuguese are the other two included in the update.

To all this, it is worth remembering that Google Chat offers features in addition to those of Hangouts, including the ability to make direct calls, create online threads in Spaces (the rebranding of Rooms), as well as share and view multiple images, while To hold video conferences, Google Meet, which will merge with Duo, is the option that the company is betting on. Only two will remain: Chat and Meetboth linked to the company’s professional services offer, Google Workspace.