Google is testing a new improvement to bring to its Messages application. A possibility for now only available in the beta that can be accessed from the Google Play Store and that allows you to see and respond to reactions in the same way seen from an iPhone.

Until now, when we receive an emoji-shaped message that comes from an iPhone, or a reaction to a message, on Android phones this appears in text format. With this improvement, that answer appears in the same way, represented by an emoji.

From iOS to Android: SMS and RCS 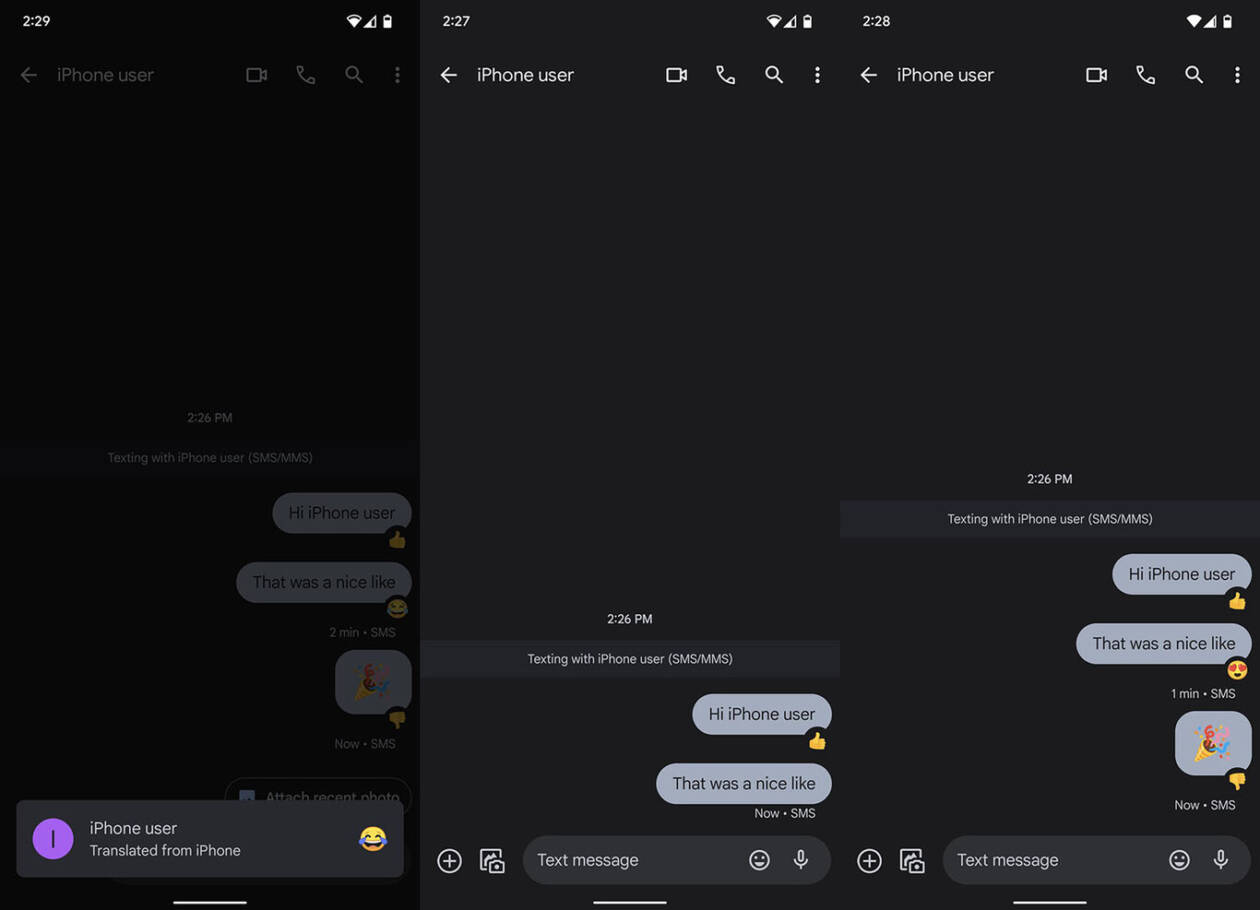 The Google Messages beta application can be tested from this link and offers some functions that will later reach the global version. In the latest version, 10.7, they discovered in the code how the app would allow manage incoming reactions to SMS sent from the iOS message app. An option that is already beginning to be tested in some users.

Google Messages becomes able to detect incoming reactions when they have been sent from an iPhone and instead of showing them as a text, it happens to show them as “emoji”. The image below these lines shows how they look today.

What Google has done is make Messages able to map and match some of the iMessage reactions to that match what is available through RCS, a protocol that supports Android, but not iOS, a system that continues to use the SMS protocol.

With this improvement, now if for example they like a message, we will see this represented as its respective emoji represented in the upper right corner of the message, similar to how it appears in the Messages application on an iPhone. So far, these reactions are represented in text form.

For now the tests are being limited, so despite having the beta version, activation on the server side may be necessary. After testing in the beta version, we will have to wait for them to reach the version that all users can try.