GOG says goodbye to summer with more than 400 offers

The end of summer has arrived, and you will leave. I don’t know, until when, this master… okay, okay, sorry, but they got together on Sunday, the arrival of autumn and that today the sky has dawned cloudy in my village, so that the nostalgic gene has been activated intensively (and intense, what would they say on Twitter). Lucky that GOG, my beloved Good Old Games, has come to the rescuethus making the change of season not as gray as promised just a few hours ago, with the first coffee in the morning.

And it is that, after giving us a scare (to a degree of speculation, that must be clarified) at the end of last year, in April of this year we learned that GOG would continue to live up to its name and, therefore, would maintain its commitment to the classic games, without DRM and for more than reasonable prices. Shortly after the announcement, it was confirmed with the launch of the Good Old Games section, which, as my colleague J. Pomeyrol correctly defined, sounded like a cacophony (Good Old Games back on GOG), but in reality meant a return to the origins, to the delight of manyamong which I include myself. 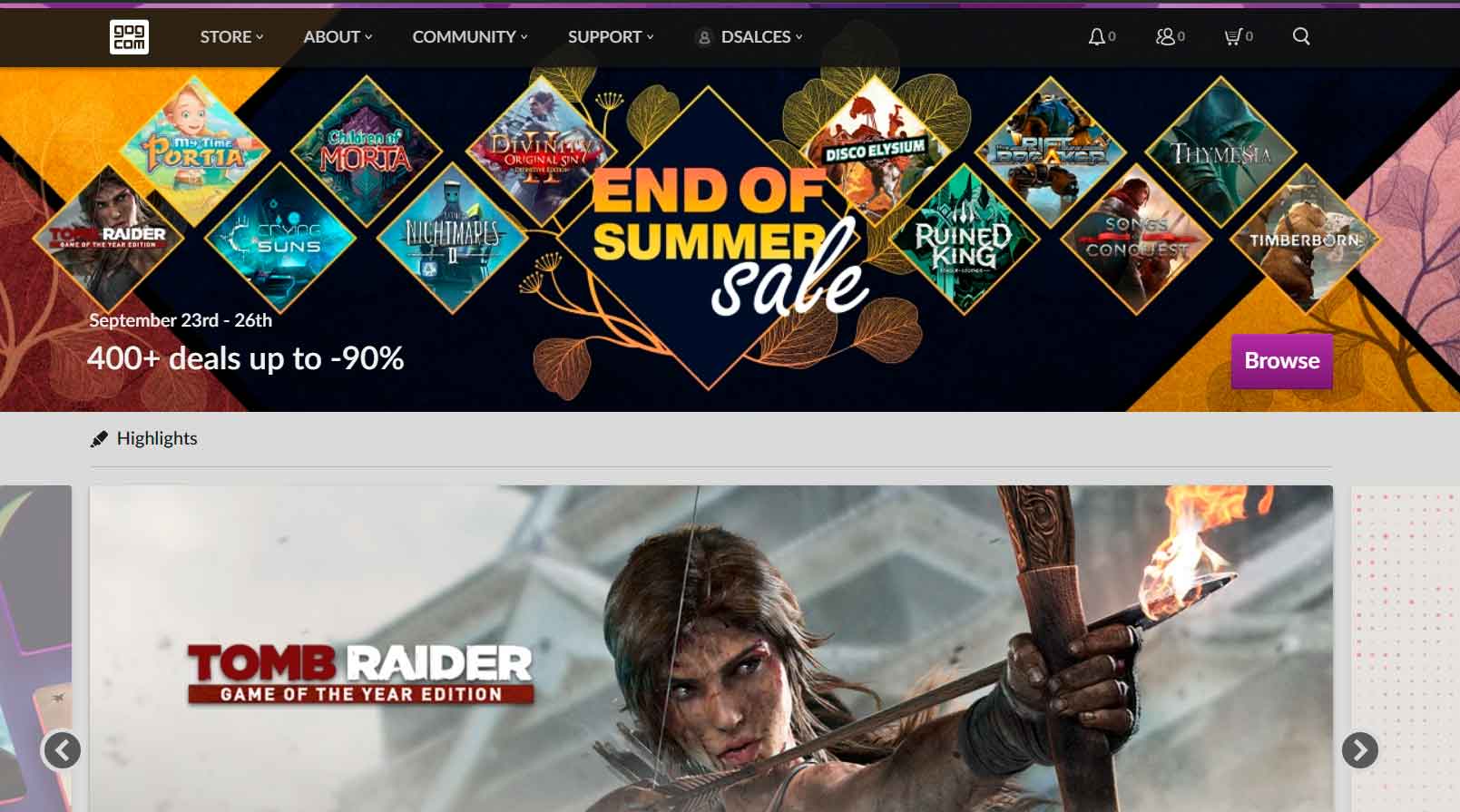 But hey, once again autumnal nostalgia has led me to talk about the past, when in reality, the news has more to do with the present. And it is that throughout this weekend, and until tomorrow, GOG offers a selection of over 400 discounted games which, in some cases, can reach up to 90%. You can check the complete list of offers here although, I warn you in advance, between yesterday and today I have already discussed it with several friends and, in all cases, at least one game has fallen.

The selection is, without a doubt, one of the most varied in terms of styles, years of release and, of course, prices.. From two of the most popular farm management games on the market (Stardew Valley and My time at Portia) to the fascinating and absolutely superb Disco Elysium, including Tomb Raider GOTY edition, the educational (and fun) SHENZHEN I/O and TIS -100, the terrifying Martha Is Dead or a pack with the first three games of the Tom Raider saga for only 1.99 euros (all three, not each one of them). From titles from the last century, which sound more distant every day, to others that have hit the market just a few weeks ago.

It is the good (and the bad, at the same time), among so much variety it is almost impossible not to end up checking out. And what is better (and worse), with these prices… why not take the opportunity to get several? At least, and now that the days are clearly shorter, we will have more distractions without having to leave the house.