The clock ticks the hours and, at this point, It’s just over a week before the first GeForce RTX 4090 hit the market, next October 12. We are not talking, of course, about the model expected by the general public, but nevertheless one of the ones that arouses the most interest, and that is that it is the one that will mark the top of the range, and therefore of performance, of this generation… at least until a hypothetical but possible RTX 4090 Ti sees the light, in some time.

The GeForce RTX 4090 is therefore not, as I said, a graphics card for everyone, as is already clear to us from its price (responsibility at least in part, according to the NVIDIA CEO, of the price increase raised by TSMC when jumping to the four-nanometer platform), but it is an excellent option for all those users who need maximum performancewhether playing games or carrying out professional activities that rely on the performance of the GPU.

Thus, aware of the special needs of those who will be the main users of the RTX 4090, as well as the fact that, for this price, users will also want to assert their preferences in terms of design aesthetics, manufacturers are giving chest do with its designs, which adapt to different profiles, so that in any case the investment is the most optimal possible. The last example of this is found in GIGABYTE, with no less than four different designs: 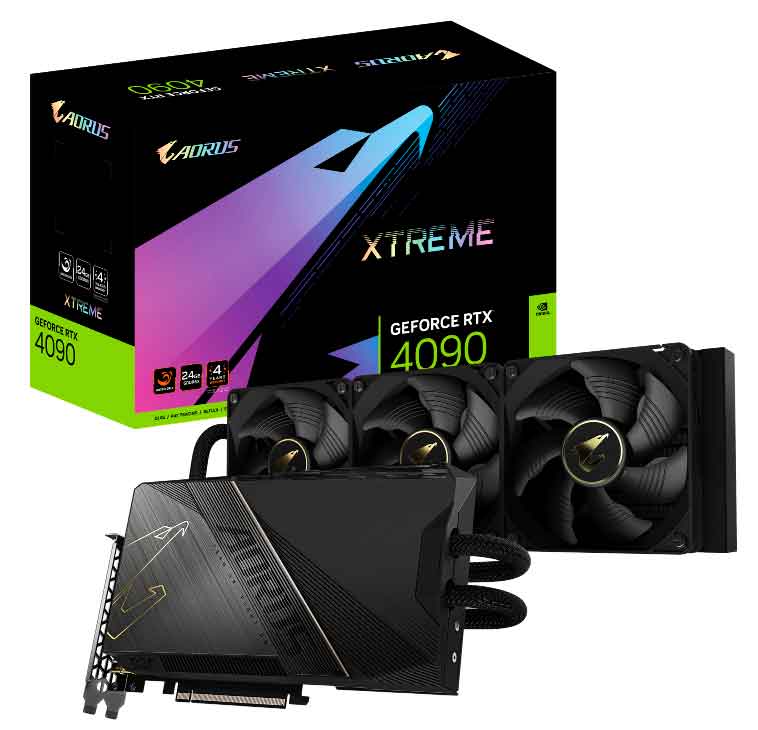 GIGABYTE RTX 4090 AORUS WATERFORCE: For maximum performance, it’s clear that liquid cooling solutions make a big difference. GIGABYTE mounts this GPU with a cooling block that combines the aforementioned liquid system with three fans, forming a block that covers the entire PCB and provides cooling to the critical components of the card, thus allowing its performance to be maximized. You can find more information about this card here. 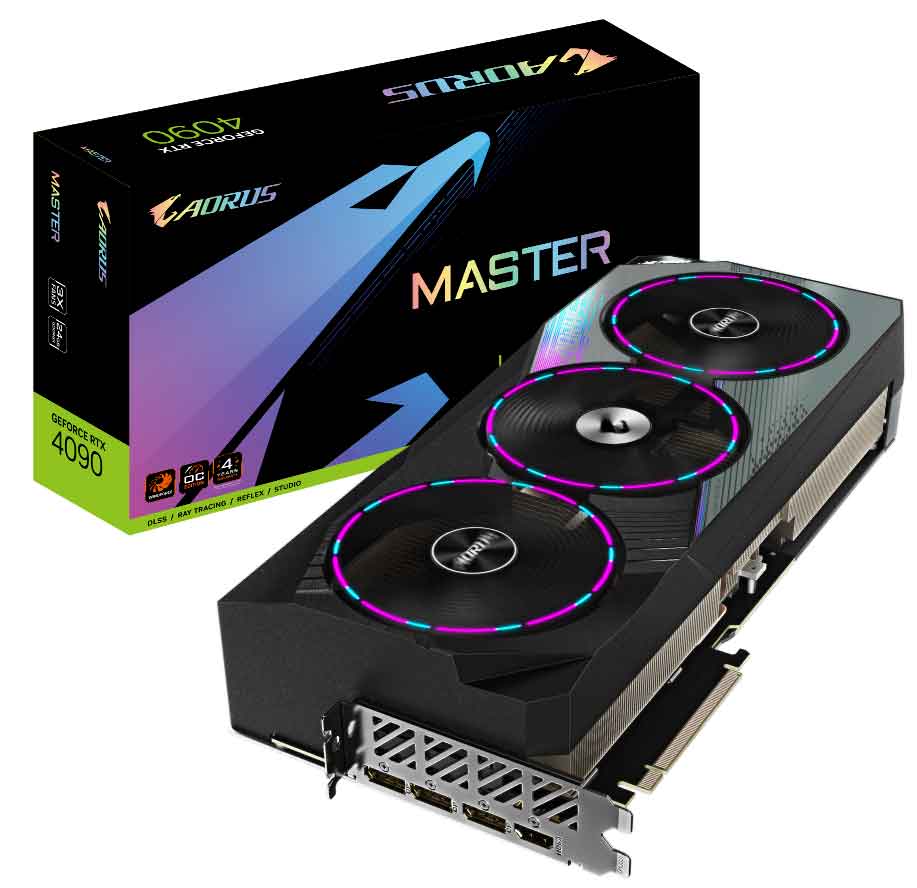 GIGABYTE RTX 4090 AORUS MASTER: The manufacturer defines this model as the ideal option for enthusiasts who want maximum performance and a colorful RGB appearance. It has a redesigned format for the blades of its three fans, which at the same time provides a reduction in static pressure up to 30% and a noise level reduction of up to 3 decibels. Additionally, its steam chamber system substantially speeds up the cooling of critical graphics components. 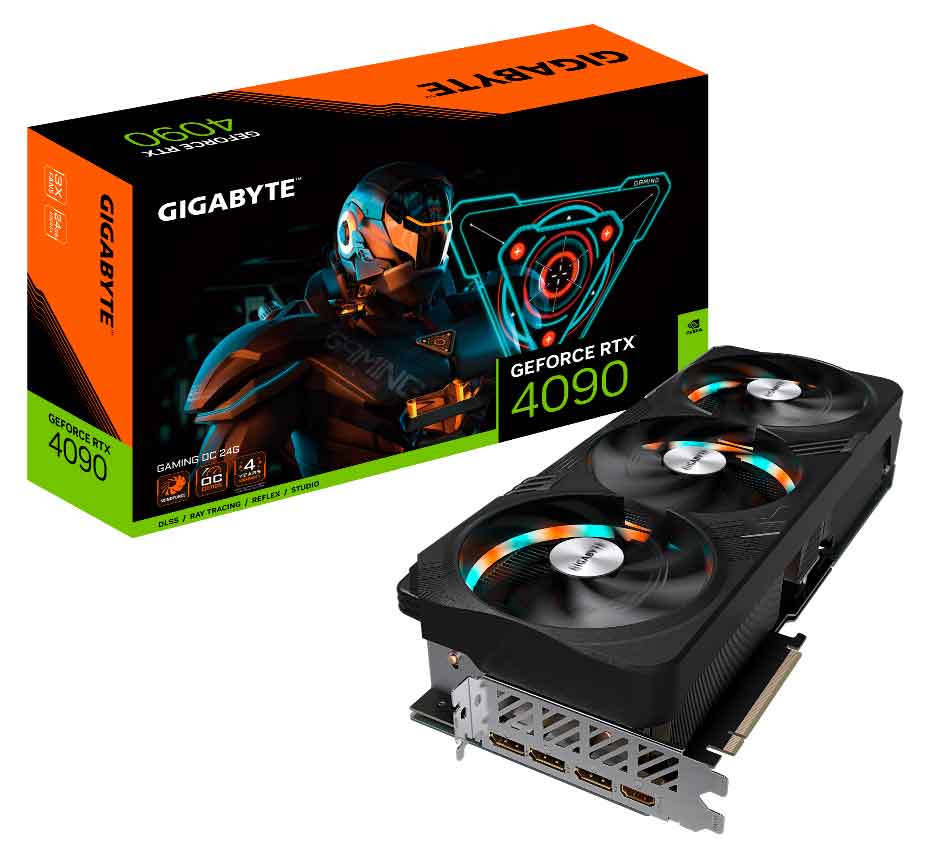 GIGABYTE RTX 4090 GAMING OC: its very name already makes it clear that we are dealing with a model specially designed for those users who wish to resort to overclocking to squeeze every last megahertz of performance from the GPU. To this end, this model combines the WINDFORCE cooling system, consisting of three reciprocating single-blade fans, and a large vapor chamber with direct contact with the GPU. 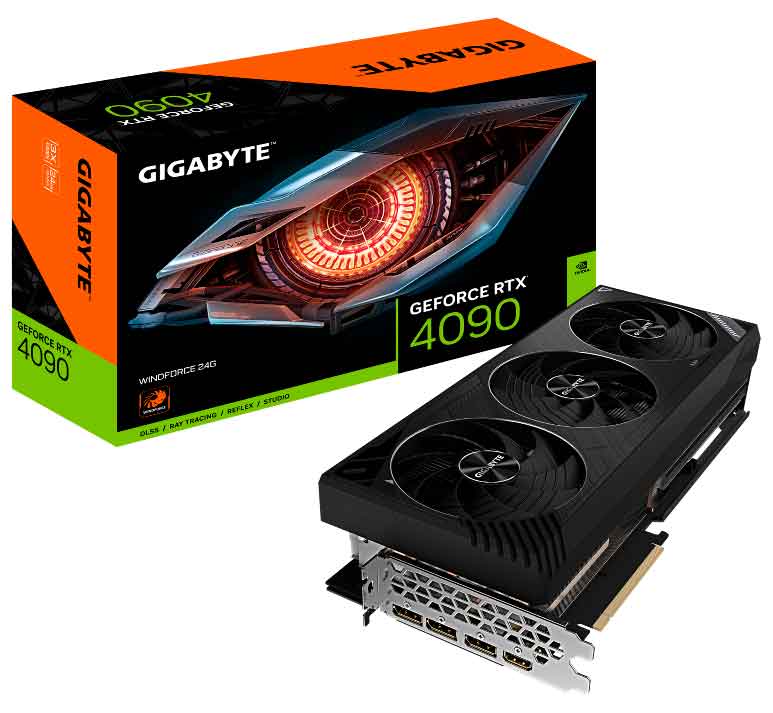 GIGABYTE RTX 4090 WINDFORCE: The most suitable option for those users who are looking for the middle ground between performance and durability, in a card with a clean and elegant design, perhaps a more suitable option for work environments (offices, design studios, etc.). All this, of course, without giving up a cooling system of three fans and a vapor chamber, allowing you to take advantage of everything NVIDIA’s most powerful GPU has to offer.