Intel just introduced Raptor Lake-S, the thirteenth generation of Intel Core, a generation that represents the consolidation of hybrid architecture and paves the way for Meteor Lake, which promises to be revolutionary again. As we have already told you, Raptor Lake offers us performance and reliability, a proposal that is not negligible. and that will surely convince many users, part of which will have to adapt the rest of its components to make the leap.

Specifically, the change of motherboard will be essential for all users, except those with a PC running Alder Lake, and it is that both generations share a socket and, except for very specific cases, it will be possible to make the leap simply by removing one chip and putting the other. However, in this way you will not be able to take advantage of all the news and advantages of Raptor Lake with respect to Alder Lake. In order to do so and, in this way, get the most out of its performance, it will be necessary to update several components, including, of course, the motherboard.

Aware of this need, the main manufacturers have been working with Intel for some time to prepare their new generation of motherboards, and GIGABYTE, which just today has also announced motherboards for Ryzen 7000, has been among the first to announce the first models, within the aorus family, equipped with the Z790 chipset, the top of the range of the three of this generation of Intel (Z790, H770 and B760). Boards that also, as the manufacturer recalls, have the particularity of being bigenerational, since, as is the case with those equipped with the Z690, H670 and B660 chipsets, they can be used with both Raptor Lake and Alder Lake. 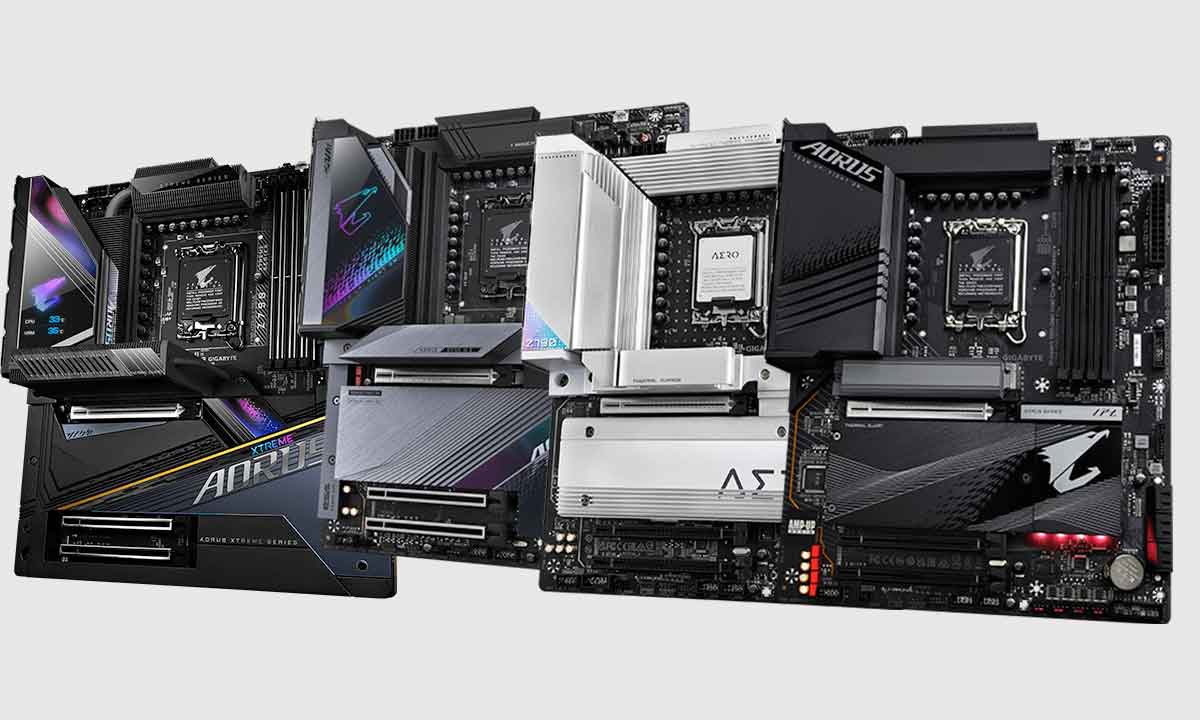 There are four, specifically, the motherboard models GIGABYTE AORUS Z790: XTREME, MASTER and ELITE AX and TACHYON, plus the Z790 AERO G. Five boards in total that act as an advance of the proposal, undoubtedly much broader, with which GIGABYTE will respond to the launch of the thirteenth generation.

The top of the range is marked by the GIGABYTE AORUS Z790 XTREME, with a digital power design of a maximum of 20 phasesdirect-contact 8-millimeter Mega-Heatpipes, and full-coverage VRM heatsinks—a feature set that lets you get the most out of new and improved overclocking features, both CPU and memory, coming from the new generation of Intel and complemented by several exclusive GIGABYTE overclocking features that users will find in the BIOS. Thus, when it comes to memory, GIGABYTE talks about up to DDR5-7600, using XMP and EXPO profiles.

Of course, GIGABYTE AORUS Z790 motherboards are fully compatible with new technologies as well as improvements brought by Raptor Lake-S. From the use of PCIe 5.0 M.2 SSD with up to 10 GB/s bandwidthof course also DDR5 and PCIe 5, to the fullest extent of the energy efficient features, are added to GIGABYTE’s own technologies.